Plot: The first film to expose unsolved wildlife deformity outbreaks and where they may lead.

Story: Strange Nature starts when single mother Kim Sweet (Sheridan) returns home with her son Brody (Beres) to live with her father Chuck (Bohne) and it doesn’t take long before the locals start locating deformed frogs, which leads to Kim investigate just what is happening with the local wildlife.

Soon an unknown creature starts picking off the residents of the area which takes Kim’s investigation to the Mayor Paulson (Tobolowsky). Joined by local teacher Trent (Checho) we see how the species being deformed are evolving into deadlier animals showing they must stop the cause before it is too late.

Characters – Kim Sweet was once a rising popstar whose life didn’t turn out the way she had planned, she finds herself a single mother returning home to care for her dying father, once home she gets to see just how bad the situation back home has become and must lead the fight to save the town from a threat causing deformities in its locals. Mayor Paulson is trying his best to keep everything under wraps in the town, to stop the people panicking even if he does have his own reasons for doing so. Sam is one of the locals who sticks with his kind, he doesn’t like people that are different only for it to become clear he isn’t even safe from the deformities himself. Trent is the closest to a scientist we have in this film, a school teacher that helps Kim with her investigation.

Performances – Lisa Sheridan in the leading role is strong through the film, we get to see her show the parental side, independent side and remains strong though the challenging subject matters. Stephen Tobolowsky always makes for a good political figure and this is no different, while John Hennigan brings us a different character we are used to seeing, a villainous one that fits the trouble maker in town. The rest of the cast are good through the film.

Story – The story here brings us to a small town which has started to get birth defecates on the first small animals soon becoming more serious and deadlier. This gives us the small-town community that begins to point fingers at what or who is causing everything going on, which of course brings moments of panic. The scientific side of the investigation is interesting because we do get to see different potential answers over the cause and by holding back on the biggest reveals and side effects we get to be left to see just how far up the evolution chain the defects will go. As we mostly follow a single mother we get to see extra protection and concern being shown, while other members of the town want to turn a blind eye to what is happening. The story does try to ask us the question about what we think about potential problems we might be causing to our environment and how the side effects could bring something terrible towards us.

Sci-Fi – The sci-fi side of this story comes from just showing us how the defects are affecting the environment, this is something we are seeing in real life, just this side goes that little bit further with everything.

Settings – The film is set in one small town, this brings us a sense of community which only makes us understand how tight knit the people are.

Special Effects – The Effects give us plenty of practical ones showing how different animals will look if they were to become deformed. They only make things look more disturbing through the film. 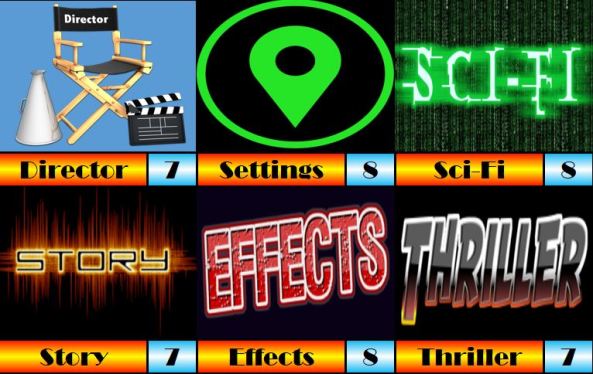 Scene of the Movie – The afterbirth effects.

That Moment That Annoyed Me – That final twist.

Final Thoughts – This is a sci-fi thriller that does ask questions, it holds back any big reveals until the final third of the film which keeps us guessing to just what we will be facing once the battle gets made clear and shows that pointing fingers never solves anything.

Overall: Sci-Fi for the thinkers.

Plot: Chief Brody’s widow believes that her family is deliberately being targeted by another shark in search of revenge.

Story: Jaws 4 The Revenge starts as we head back to Amity Bay, as Sean (Anderson) now works on the police department with Ellen (Gary) carrying on her life after Chief’s death (off camera), when Sean is killed in a shark attack, Michael (Gust) returns to offer as much comfort as he can.

Michael takes his mother of Barbados for a change of scenery with his family wife Carla (Young) and daughter Thea (Barsi), with an island full of characters including pilot Hoagie (Caine) and local Jake (Van Peebles), when a great white appears in research area, Ellen believe the shark is following and hunting down the family.

Thoughts on Jaws 4 The Revenge

Characters – Ellen Brody has lost her husband and now she has lost her youngest son to a shark attack, she believes the shark is now tracking down the family in an act of revenge, wanting Michael to give up his job in the ocean. She also starts a relationship with pilot Hoagie that shows her a new look on life. Michael is the eldest son of Ellen, he works in the ocean and has his own family in Barbados, he uses the opportunity to study the shark which has never been located in the waters around Barbados. Hoagie is the pilot and gambler living on the island, that starts a relationship with Ellen.

Performances – Lorraine Gary isn’t the strongest in her role, she had been a weaker part of the previous films and making her the lead doesn’t work for the film. Lance Guest is a forgettable with his performance because we don’t see anything fresh. Michael Caine enjoyed his payday here.

Story – The story plays out like the shark is now following the family and hunting them down in an act of revenge, the family move to Barbados to escape, but it follow them. This is a low key story, that turns funny for the most part of the movie, it has the typical peril moments but never becomes the film you expect it to be.

Adventure/Horror – The adventure takes us to a new setting, which is fine, but the horror comes from sitting through the film.

Settings – The Barbados settings was popular for Michael Caine, it does just end up being more water related location which is all you need.

Special Effects – The effects are terrible and we even see the failure to remove the use of props for the shark.

Scene of the Movie – Caine the pilot introduction.

That Moment That Annoyed Me – The rest.

Final Thoughts – This was a pointless sequel in an era where any movie that made money should only be made cheap so they can be funny bad, rather than big budget disaster.

Overall: Bad is being nice. 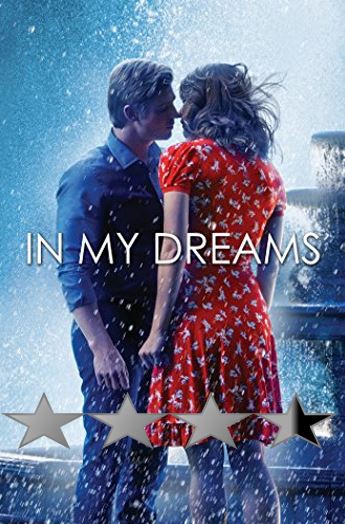 Plot: Natalie and Nick are frustrated with their luck in romance. After tossing coins into a fountain, the two then begin dreaming about each other. But, according to fountain mythology, they only have a week to turn those dreams into reality.

Story: In My Dreams starts as we meet struggling restaurant owner Natalie (McPhee) and ambitious architect Nick Smith (Vogel), both have people interfering in their love lives, Natalie has Sharla (Wanlim) and Nick with his mother Charlotte (Williams). After the pair both make a wish in the local fountain they both start dreaming of each other.

Each night the two meet in their dreams learning more about each other as they soon start to fall in love with each other and must learn how they can meet in real life.

Thoughts on In My Dreams

Characters – Natalie is a struggling restaurant owner that has taken over the family business after her mother’s death, with business down she is encouraged to make a wish in the local fountain. With no luck in love she suddenly starts seeing a mysterious man in her dreams who helps re-create her restaurant. Nick is an architect in a role he doesn’t enjoy his work, goes through women after just one date never calling them because they don’t give him what he needs. He makes the wish too and after meeting Natalie in his dream who helps him see his own potential in life. In the supporting characters we have the interfering mother, work best friends and the cliched mean boss.

Performances – Katharine McPhee as our leading lady is great, we get to see the mix of business realism and dream like beliefs she is going through, like Katharine, Mike Vogel shows his full range through the film and the two work well to make us care about their characters. the supporting cast a good for an extra laugh at times and never take the spotlight off the main two characters.

Story – The story here follows two people down on life, both career and love who make a wish and start falling for each other in their dreams. This does give us a look how life can always be turned around no matter how down you might get, it tells us love can give you motivation for change. This may feel like something we have seen before, it does feel overly relying on a fantasy most people will never get close to experiencing and for a romantic movie fan we could see the fans of the genre enjoying this one.

Romance – The romantic side of the film show us how important waiting for the right person that will make you feel like out are the most important person in the world. it could be considered overly cheesy but sometimes that works.

Settings – The film keeps us in one city showing us how easily you could miss someone who is perfect for you in life without even noticing.

Scene of the Movie – Those missed meetings.

That Moment That Annoyed Me – Certain supporting characters don’t have much going on in their lives other than being the leads friends.

Final Thoughts –This is a movie that anyone that enjoys a romantic movie will enjoy, it might have cliched moments, but it is just nice sweet romantic film.

Overall: Enjoyable and charming from start to finish.