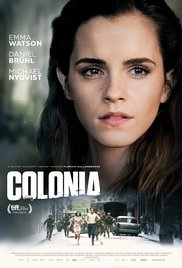 Plot: A young woman’s desperate search for her abducted boyfriend that draws her into the infamous Colonia Dignidad, a sect nobody has ever escaped from.

Story: The Colony starts as we learn about the revolution going on in Chile where Lena (Watson) is meeting her boyfriend Daniel (Bruhl), with the tensions rising within the country a coup happens and both are captured before Daniel is taken while Lena is released.

Learning of the whereabouts of Daniel, Lena heads to Colonia Dignidad, a place where nobody has left but a place where you can join as a member or be taken as a prisoner. Lena must navigate her way through this cult to make it out alive with her boyfriend as the lead Pal Schafer (Nvqvist) has a controlling ability.

Thoughts on The Colony

Characters/Performance – Lena is a British flight attendant whose boyfriend lives in Chile, she is happy in love as the two look to decide their future they become split. Lena puts everything at risk as she searches for his abducted boyfriend. Daniel is part radical in Chile which ends up with him being taken to a cult, he gets tortured and must find a way to escape this cult. Paul Schafer is the leader of the cult, he is a disciplinary that keeps the cult in full order for his own desires.

Performance wise, Emma Watson does struggle through this film, she doesn’t reach the potential we know she can, Daniel Bruhl likewise, we know he is great but not everything seems to click. Michael tries to make his character truly threatening but you just don’t feel all the terror from him.

Story – Escape the cult, well that is the story here and as for this idea we have seen it before correct? Well this is based on true events and the truth be told it goes over too long a period to make it interesting viewing as most of the story takes place over 140 odd days of very little happening.

Romantic/Thriller – What would you do for love, that is one of the questions going on here, of yeah that is a thrilling side to this story too but it is way too slow before anything gets going.

Settings – The settings give us a look at the cult grounds which shock the world once they were revealed. 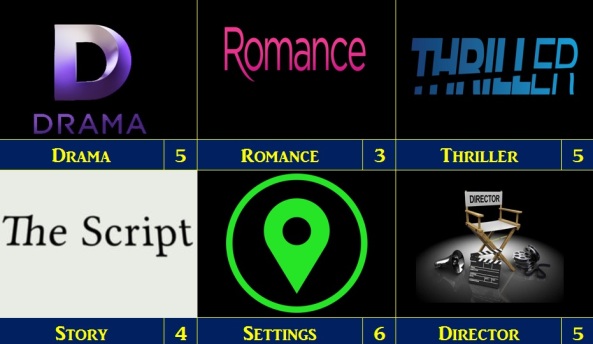 Final Thoughts – This is a slow thriller that just doesn’t suck you in the way it should do and ends up feeling very disappoint.