Plot: Set in the near-future, technology controls nearly all aspects of life. But when Grey, a self-identified technophobe, has his world turned upside down, his only hope for revenge is an experimental computer chip implant called Stem.

Tagline – Not Man. Not Machine. More.

Story: Upgrade starts as we go to the near future, with improved technology that isn’t too far away from reality, Grey Trace (Marshall-Green) stills like getting his hands dirty for work, while his wife Asha (Vallejo) has accepted this new life. On a routing journey home their self-driving car takes them to the wrong neighbourhood, causing a crash to which the locals murder Asha and leaves Grey paralysed.

Left feeling suicidal Grey gets a visit from a former client and technological recluse wizard Eron (Gilbertson) that offers to give him a revolutionary operation that will bring his mobility back to him through a chip known as Stem, which leads him on his own personal revenge mission with the help of Stem.

Characters – Grey Trace is a mechanic who in a technology heavy world, he would rather get his hands dirty than rely on the technology, he sees his wife murdered and left paralysed from the incident, he becomes suicidal like you would imagine believing his life is not worth living, he get a chance at revenge though from advanced technology even though himself doesn’t like violence or blood. He is our main character he will have Stem the chip control him in fights movements making him a deadly weapon. Cortez is the technology avoiding cop that is investigating the original case as well as the bodies piling up that could be suspects in case. Eron is the technology wizard that offers Grey a chance to get revenge with a chip to recover his movement. Fisk is a man hunting down Grey, he has extra abilities too which makes his hunt different to Cortez.

Performances – Logan Marshall-Green is brilliant in the leading role because he takes full control of each and every scene, be it the talking to the voice in his head or handling the fighting. The rest of the cast are good with their scenes without taking any spotlight of Logan.

Story – The story here shows one man given a chance to go on a revenge mission after getting a technological upgrade that cures his paralyzed position. This does take us into a realistic future with technology that does seem like it could be used in the future. Away from just the technology side of story we get a revenge film which follows the paths we expect, starting with a small fight leading up to a bigger more challenging fight by the end. We get twists and turns along the way which does keep us guessing. If you want to have a story that is fast paced throughout keeping us wanting more throughout the film.

Action/Horror/Sci-Fi – The action in this film just keeps getting bigger as the film goes on, we get combat which feel unique in how Grey performs it because of his characters ability or lack there off. The horror blends in with certain graphicness of the kills and the idea behind the sci-fi in an ever-increasing technology heavy world.

Settings – The film keeps us in a city that has accepted new technology with self-driving cars, drones covering the area and most importantly everything still looks like a normal city.

Special Effects – The effects are used wonderfully well too, we have different abilities which make for different attacks that shows just how deadly the additional technology could be if we don’t control it.

Scene of the Movie – Stem take over.

That Moment That Annoyed Me – With all the technology in play surely the ‘Off’ switch would activate quicker.

Final Thoughts – This is a fast paced sci-fi action film that will fly by, it has great choregraphed fight sequences, good use of special effects and a performance from Logan Marshall-Green which you will remember. 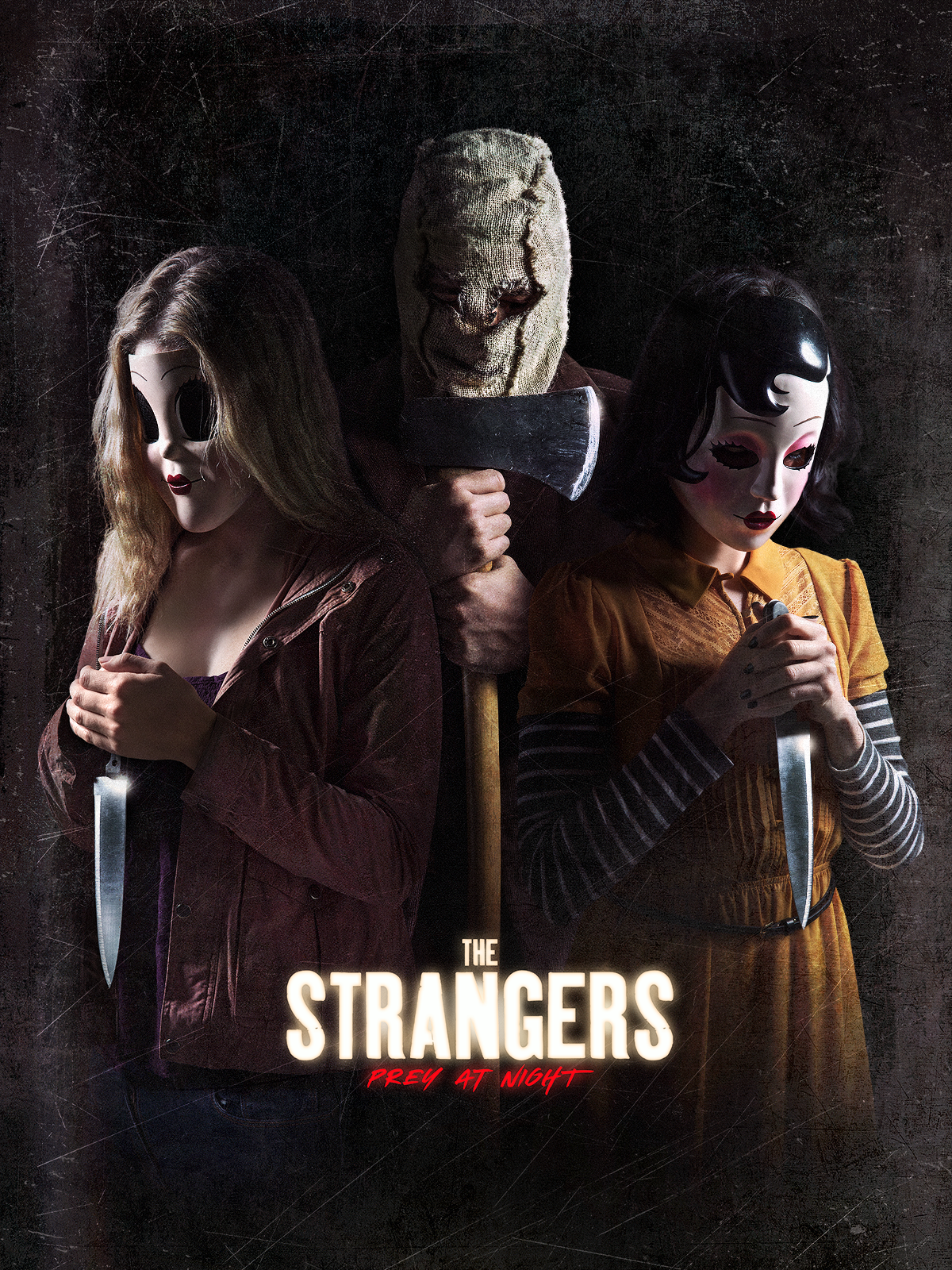 When Cindy and her husband Mike take their rebellious teenage daughter Kinsey and son Luke on a road trip, what begins as an ordinary, gripe-filled family excursion soon becomes their worst nightmare come to life.

Upon arrival at a secluded mobile home park, a knock on their trailer door leads to an inescapable night of terror as three strangers, with inexplicable deadly intentions, force this fractured family to come together and fight for their lives.

Cinematography
Ryan Samul (We Are What We Are)