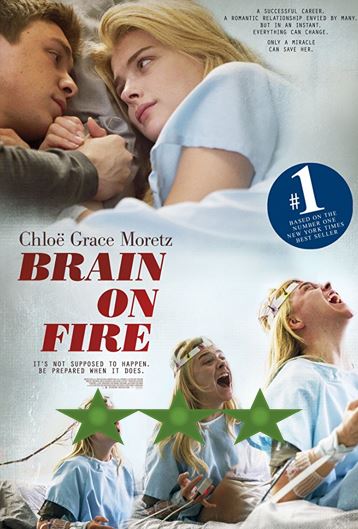 Story: Brain on Fire starts as we meet 21-year-old Susannah Cahalan (Moretz) she has her dream job working for the New York Times and has a steady relationship with musician Stephen (Mann), but her life starts to turn upside when her mind starts getting out of control, filled with blanks spells and erratic behaviour.

When Susannah starts suffering seizures the doctors don’t seem to be able to find anything wrong with her and as the decline increases so does her behaviour. Her parents Tom (Armitage) and Rhona (Moss) do their best to get her the best help and the doctors can clearly see there is something wrong, but the answers remain even more difficult to find.

Thoughts on Brain on Fire

Characters – Susannah Cahalan is a 21-year-old with her whole life ahead of her with her dream career at such a young age. Her life however takes a dramatic turn when she starts suffering from paranoia episodes which puts the strain on her personal and professional life with the doctors running out of options, this is her true story. Stephen is her boyfriend that uses his music to try and help ease her pain. Tom and Rhona fill the parental roles that both have different ways of handling their helplessness through the illness, as well as the friends that support her.

Performances – Chloe Grace Moretz is a great and talent young actress, but for this role you can see she is too young to truly understand the subject in question, remember this was film when she was 18/19 and the story is being told from perspective of someone in their early 20s, so you did need someone who would understand that age. The rest of the cast are fine without getting anything overly different to deal with.

Story – The story is an important message about understand an illness which can be difficult to diagnose, and one people have been suffering with, this is her story about how she survived. One of the big problems is that we have scenes without her, so this can’t be from her memory, but second-hand account. For the subject involved we kind of understand how these stories will go and this doesn’t offer too much new to the genre. If this is something you enjoy watching you won’t be complaining, but it won’t make any of the top lists.

Biopic – This is Susannah’s story, you really can’t say a bad thing about her story, it just doesn’t truly feel film worthy.

Settings – The film is set in New York and in hospitals, it shows the everyday life Susannah would have been living in at the time. 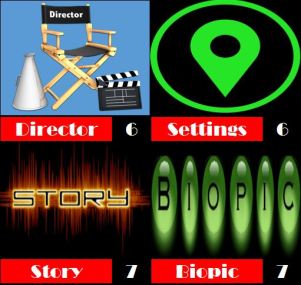 That Moment That Annoyed Me – It felt like an episode of House.

Final Thoughts – This is a solid enough biopic that doesn’t offer too much new, it is watchable but not one that will be talked about for years to come.

Overall: Standard biopic without the impact.