Plot: Based on real events which saw two lighthouse keepers stranded for months at sea in a freak storm, the film tells a tale of death, madness and isolation; a desolate trip into the heart of human darkness.

Tagline – Save Our Souls…

Story: The Lighthouse starts in the year of 1805, two men Thomas Griffiths (Jones) the head lighthouse keeper and Thomas Howell (Jibson) must man the lighthouse 25 miles from land in one of the most dangerous straights of water in the Irish sea. With only each other to keep themselves company, things are going smoothly to start with.

When a storm comes to the lighthouse and the two men must survive on limited rations until the storm passes, here is where madness comes out in the men as they have no idea how long it will be until they are rescued.

Thoughts on The Lighthouse

Characters – We have two Thomas’ here, Griffiths has been a lighthouse keeper for years, it runs in his family, he knows the commitment needed to cope with the condition they may well be facing. Howell has found religion after his own errors, he doesn’t see eye to eye with Griffiths and his beliefs are considered bad luck. We see how both the men must deal with the idea of being trapped, they cope in different ways.

Performances – When we look at performances we have a two man show here, Mark Lewis Jones and Michael Jibson are both great as you do believe their minds going as the film unfolds. 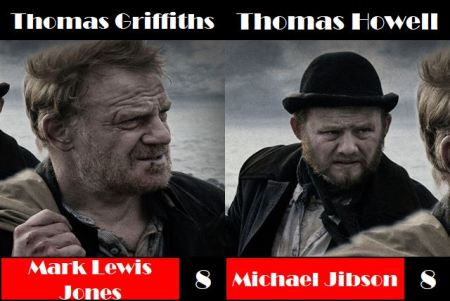 Story – The story is meant to be based on a real story, it keeps things looking at how the men would survive not knowing how long the storm will last with dwindling resources. The time period helps us too because there is no quick fix for the situation. I would have liked to have seen more of how the lighthouse operates because when it comes to dealing with the wait, the pace of the story slows down and there isn’t too many directions the twists and turns could go in the waiting process.

Thriller – The film does want to keep us guessing to how long or if the men will make it through the storm, this is where everything it placed for the tension required in the film.

Settings – The film takes place on the lighthouse, it gives us complete isolation from any rescue and show us how the madness could take over from the endless wait.

Scene of the Movie – The final 20 minutes.

That Moment That Annoyed Me – The storm doesn’t feel like it is deadly enough to stop ships.

Final Thoughts – This is a slow-moving thriller that is meant to be based on a real event, it is an interesting idea because we know the one or two people based films in a singular location can keep us on edge, if the performance connects. The performances are good, but sadly the story does hit a lull in the middle.

Overall: Slow moving, cut 20 minutes you would have a tidy thriller. 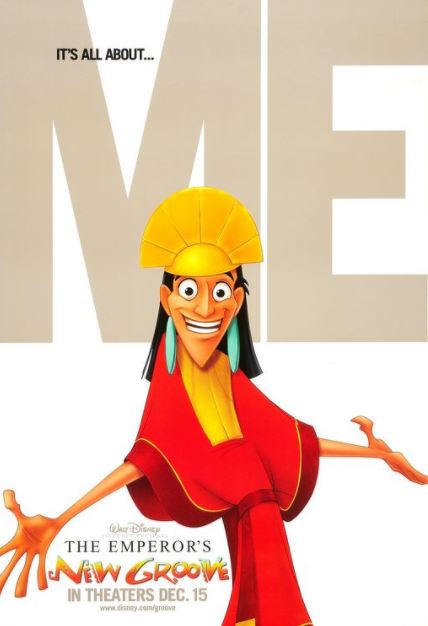 Plot: Emperor Kuzco is turned into a llama by his ex-administrator Yzma, and must now regain his throne with the help of Pacha, the gentle llama herder.

Verdict: There is a Deeper Story Here

Story: The Emperor’s New Groove starts as we meet Emperor Kuzco who has been turned into a llama by Yzma who is trying to take over the Emperor’s jobs, which leads him to fire her, as he looks to demolish a local village where Pachu the llama farmer lives.

When Kuzco is left to go with Pachu, he must find a way to return to his human form, reclaim his thrown and learn the true message of being an Emperor.

Thoughts on The Emperor’s New Groove

Characters – Kuzco is the young Emperor that gets turned into a llama, he craves power and popularity, leaving him to not care about who he steps on to get what he wants. He must learn to treat his people with respect and become the emperor for his land. Pacha is the quiet llama farmer, head to the village, that wants to stop his village being destroyed and reluctantly agrees to help Kuzco to return to his throne. Yzma is the evil adviser that wants to power and will kill Kuzco to get this.

Story – The story focuses on an Emperor that needs to learn that he doesn’t need to be selfish to be a strong leader to his people by growing up. We get the usual ideas being used here where nothing comes off overly original and more of the story plays into the stand-up comics routines over telling a story. you do feel like there should have been a deeper story being used more often through the film over the jokes.

Adventure/Comedy/Family – The adventure put two unlikely people needing to get through a jungle back to safety, which is told through jokes too often, the family could get certain laughs but he adults will not enjoy them as much.

Settings – The settings don’t seem to show us which country Kuzco is the ruler off, with the random jungle having random animals in.

Animation – The animation works well for the time it was made, but doesn’t feel as strong as possible.

Scene of the Movie – Bridge breaking.

That Moment That Annoyed Me – Too many jokes.

Final Thoughts – This is an animated film that could keep the kids happy for an hour, it isn’t on the highest levels of animation or storytelling.