Plot: Archaeologist, Alabama Channing, is recruited by a mysterious billionaire to help find an ancient Chinese relic. The same treasure that her mother was in search of before she went missing.

Verdict: Asylum We Get You

Story: Tomb Invader starts as we meet tomb invader (tomb raider is copyright) Alabama ‘Ally’ Channing (Vitori) whose mother went missing when she was younger and away from the tomb invading she works in the university, after getting a phone call from billionaire Tim Parker (Sloan) she gets invited to China, join by friends Helena (Bowling) and Bennie (McConnell).

Needing to work with an enemy in the field Nathan (Katers) to finish her mother’s work, giving her a chance to learn what happened to her mother. Along the way they meet obstacles which put our characters lives in danger.

Characters – Alabama Channing is the tomb invader, she has been finding treasures for years now following in her mother’s footsteps. She is great in combat and can solve the clues with this latest quest given her the answers she has been looking for. Nathan is the rival explorer, who has a reputation for doing this for money and is clearly named Nathan after the Uncharted games series. Helena is a friend joining Ally on the quest, she doesn’t do much else and Tim Parker is financing the project.

Performances – When it comes to the performances Gina Vitori is good for the most part because she can handle the combat well. The rest of the cast could easily be changed even if Andrew Katers acts just like Chris Evans.

Story – The story follows a young tomb raider (yes, I called her this because invader sounds stupid) who goes on her latest quest which will give her answers about her long-lost mother. There is a loose side story with the team having different ideas of what treasure hunting is, but if you must pick between the two films story, Tomb Raider or Tomb Invader, Tomb Raider is head and soldiers above on story telling.

Action/Adventure – The action is very basic combat and trap dodging which is what we would be expecting from a treasure hunting movie as the character do go on a routine adventure of life and death.

Settings – The settings put us in random forest that leads to temple, they are what we need from this style of movie without being anything stand out.

Special Effects – Most of the effects are not the best because we know the budget of the movie and the company producing it don’t spend big on the effects.

Scene of the Movie – Nathan’s quick wit through the film.

That Moment That Annoyed Me – It is a poor man’s Tomb Raider.

Final Thoughts – This is a basic made for low budget tomb raider movie with a different name, we get basic action, adventure which should have stayed on the television setting we see. 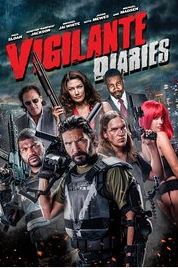 Plot: The Vigilante Diaries is a high octane action-adventure that follows two black-ops agents (Paul Sloan and Kevin L. Walker) turned crime-fighting vigilantes. Their dangerous adventures take us from the mega-mansions and the underbelly of Los Angeles to far away places like Iraq, Armenia, Russia, and The United Kingdom. All of which are streamed online by film maker Mike Hanover (Jason Mewes). A trio of Asian femme fatales, to ruthless Armenian mobsters, to a pair of deep cover super spies hell bent on throwing the world into chaos.

Story: Vigilante Diaries starts as we learn about the former soldier known as The Vigilante (Sloan) who has been cleaning up the world with a growing reputation, his only partner is a young man known as The Kid (Walker) with documentary filmmaker Michael Hanover (Mewes) having captured him killing the bother of an Armenian crime boss.

Once The Vigilante gets captured his old team including Wolfman (Jackson) come together to save him and keep Michael safe, but not everything is as it seems as it appears the old enemies have also returned.

Characters – The Vigilante was once a hero of war, he has turned to the new life where he takes out the problems of the world. Now he finds himself in the middle of a war he started bring his old team back together for one final mission. The team has your generic characters which offer little to the bigger story and by the end you will be left thinking oh well, they were in it. The character I wish we would have seen more from is Barrington but he isn’t in the film enough.

Performances – The acting on a whole isn’t the strongest, we are not getting convinced by any of the connections, Jason Mewes goes well over the top through the film and Michael Jai White is the highlight of the acting.

Story – The story is the weakest part of the film, we have the idea of the Vigilante clashing with a mob, but things go to the extreme as they try to save the ones in danger. The problems start with the time jumps, we are thrown all over the place with this and to make things worse we are left not caring about what happens between each scene of the film.

Action – The action is plenty of gun fire without coming to too much that will be remembered.

Settings – The settings throw us all over the world never letting us settle on just one location for the battles to take place. 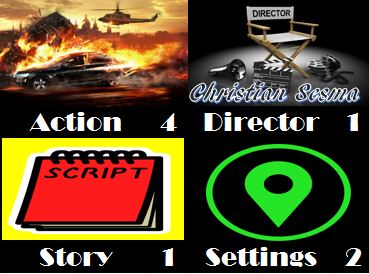 Scene of the Movie – Meet the team.

That Moment That Annoyed Me – That chase scene, so badly shot.

Final Thoughts – This is a very clunky action film, the narrative is told messy throughout, the action sequences are fine but difficult to keep up on, while the acting is nothing to write home about either. The film is more interested in making the men look like they can handle guns and the women to be scantily clad and over sexualized.

This article is part of the Kurt Russell Blogathon where you can find my entries here.

Kurt Russell has become an icon in film because of his work and we have loved most of his films, while I have reviewed nearly every film I have been able to get my hands on, I thought I would do something different here.

My Rules are simple, the film is going to be released in 2019, I am casting some of his classic movies with new actors, I will not be including his son Wyatt in any selection or anyone that has played a son of his on screen too, I will also avoid using a rumoured replacement in potential remakes.

I want to make this clear, I enjoy the original performance, I don’t want a remake, this is just for fun.

Snake Plissken is the first truly iconic original character Russell played, he is forced into going into a walled off New York city filled with criminals after the President is shot down giving the criminal nuclear weapons. Snake is a no nonsense lone warrior that gives everyone the cold shoulder.

I have pick Norman Reedus for this role, he has made a name for himself as the bad boy on the Walking Dead, where he often has solo sequences going into battle and can handle the weaponry with ease.

MacReady is one of the crew in the Antarctica research base, he is the helicopter pilot that wants to get out to the sun as soon as his time is up, he is laid back not getting overly involved in the research side of things and has to keep everyone calm once that ‘Thing’ starts spreading through the camp.

Ed Skrein has been selected here because we have seen him play a selfish character well, but one that will do the right thing for the people he is around a lot. We need someone that look rough around the edges but still be the most popular with the ladies.

Cash is the partner to the straight talking suave cop Tango, he is the opposite being overzealous in his action, for this pick we need someone that can bounce of a Stallone like actor and can bring the energy required.

John Boyega is the actor I have gone for here, this role needs someone that can get the most talking in, we have seen this in Star Wars and more recently in Pacific Rim Uprising. He brings the street wise side to his character too which we saw in Attack the Block, making this my pick for this role.

Let me know what you think of these choice and let me know who you would pick for these three roles.