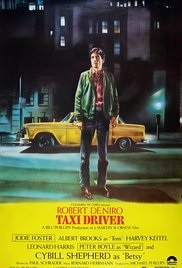 Plot: A mentally unstable Vietnam War veteran works as a night-time taxi driver in New York City where the perceived decadence and sleaze feeds his urge for violent action, while attempting to save a preadolescent prostitute in the process.

Story: Taxi Driver starts we meet Travis Bickle (De Niro) a war veteran struggling with sleep and finding peace in night shifts as a taxi driver as he becomes fascinated by campaigner Betsy (Shepherd). Travis also isn’t happy with the state of New York City and wants to see it cleaned up.

When Travis decides to get himself protection he starts to look to clean up the streets himself to protect a preadolescent prostitute Iris (Foster) which leads to the violent outbreak of his.

Characters – Travis Bickle is the lonely unstable former marine that is suffering from insomnia deciding to take a job as a taxi driver at night, he wants to clean up the street and his anti-social behaviour makes his isolation become a violent outrage against the city. Iris is an underage prostitute in the city that keeps crossing paths with Travis and is the one that Travis most wants to protect. Betsy is the love interest of Travis, well the woman he takes out twice only to show us how difficult he finds it to socialise.

Performance – Robert De Niro does carry this film with a performance that could be the best of his career. Jodie Foster is brilliant in her role where she shows how talented she was at a young age. The rest of the cast are good throughout the film as De Niro works with them all.

Story – The story here looks into loneliness in the Big Apple, a man that doesn’t fit in and wants to clean up the streets which he believes are not going the way he believes he should. We look at the underworld of prostitution and see the colourful characters that come out at night but in the end it just feels like a study of New York itself.

Crime – The crime underworld being shown in this film is good as we see one man want to clean up the streets in his own way.

Settings – New York is a setting I always love seeing used for settings and in this film we get to see the darker side of the Big Apple.

Scene of the Movie – You Talkin to Me?

That Moment That Annoyed Me – The fact the film has been put on the all time greats list.

Final Thoughts – This is a film I have only ever heard wonderful things about and sure the acting is fantastic throughout, the idea of a man feeling like he needs to clean up his neighbourhood is good to but when you look at the full picture it mostly just feels slow and dated in the storytelling process which spends over an hour building in one direction only to head off into another one for the second half of the film. 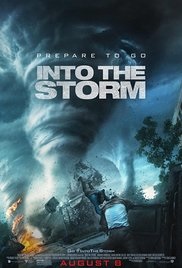 Plot: Storm trackers, thrill-seekers, and everyday townspeople document an unprecedented onslaught of tornadoes touching down in the town of Silverton.

Story: Into the Storm starts as we follow storm chasers led by Pete (Walsh) who is looking for tornadoes for the latest series of their show. Allison (Callies) is the latest member of team who uses the technology to track storms even if it hasn’t been the most successful so far. With the funding almost pulled Pete gives Allison’s choice one last chance which brings the team to Silverton. Silverton is the home of teenagers Donnie (Deacon) and Trey (Kress) who are assigned to film the graduation in time capsule at their high school for their vice-principal father Gary (Armitage).

As the team arrive in Silverton the tornadoes appear with devastating consequences as Gary must race across town to save Donnie and he works with the storm chasing team to save him and record the biggest storm from first time accounts of the people involved.

Thoughts on Into the Storm

Characters/Performance – Gary is the high school vice-principal and father of two students, he is distant because of the loss of his wife but loves them both, pushing them to achieve greatness will respecting their choices. Allison is the technology based storm chasers newer to the team that must prove her ability to predict storms for her boss and then for the people of the town of Silverton. Pete is the ambitious presenter of a storm chasing show, he will put his team in danger and will do anything to get ahead of the game, he is part asshole too in this film. the kids are what you expect finding themselves in danger needing adults to save them but also knowing a few tricks to save the day.

Performance wise, Richard Armitage is solid enough in the leading role and completely different to his Hobbit role he is most famous for, Sarah Wayne Callies does a good job in her role proving she has managed to get away from television in lower key movies. Matt Walsh does give us the type of character we know for this genre of film. the rest of the cast are all fine in this movie.

Story – The story is routine here, we have a broken family needing to come together to survive with another single mother wanting to do the right thing while a greedy person looks to get famous. We also have very over the top tornadoes that are being chased, so this is simply one that doesn’t have the most difficult story to watch and is easy to watch, even if it is short as a survivor’s story.

Action/Thriller – The action sequences are big, over the top and entertaining, this will give us a great thrill ride through the film.

Settings – The setting is in and around a small town which shows how a small community can be effected by tornadoes which is something the film wants to tell in the story.

Special Effects – The tornadoes all look fantastic through the film and must be applauded. 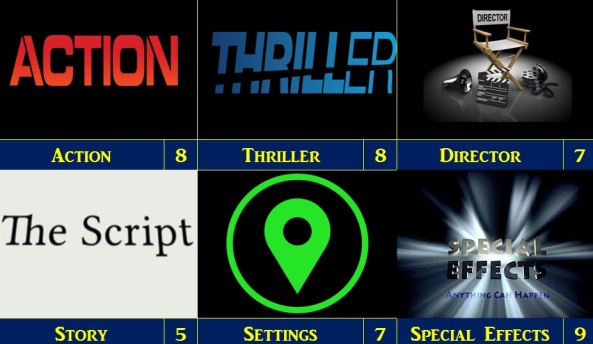 Final Thoughts – This is a fun, disaster movie that is way over the top but still just as enjoyable throughout.

Overall: Sit back and enjoy the ride.