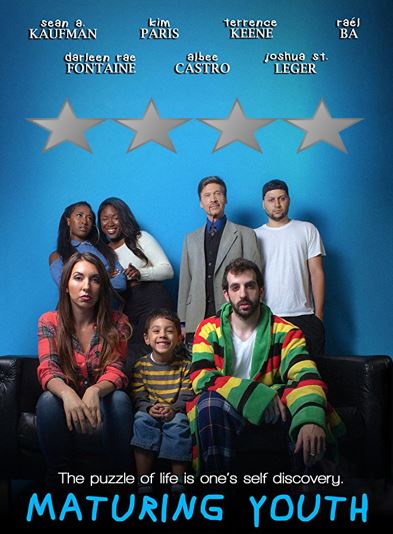 Plot: An under-achieving, unemployed 30-year-old man enjoys his freedom of non-responsibility through his vices. However, his life is thrown into a whirlwind when his ex-girlfriend interrupts his life with a surprise: their illegitimate toddler son. And when she disappears, it gives him the ultimatum to begrudgingly face fatherhood, or to continue living life void of responsibility.

Tagline – The puzzle of life is for ones self discovery.

Verdict: Wonderful Movie About Growing Up

Story: Maturing Youth starts as we meet unemployed Roger (Kaufman) who spends his days getting stoned with strangers and watching television all day long. During his latest day of laze, his ex-girlfriend Sadie (Paris) arrives with the news he is the father of their son Junior (St Leger) asking for help caring for him.

Tired of Roger not changing his ways, Sadie leaves Junior with Roger alone, forcing his to need to face growing up with the help of the guidance of Doctor Riccard (Keene) to help his son have the future he could have.

Characters – Roger is the typical early 30s slacker, never needing to face responsibility in his life, wasting his fays with drugs and time wasting, he will need to learn to grow up once he learns he is a father to give his son a chance for a future. In this 30-minute short movie we see a wonderful character arc for Roger. Sadie is the ex-girlfriend that arrives with the news of the child she just wants him to help with raise their son and is tired of the lack of help from Roger. Junior is the son Roger never knew he had and is the kid that will need to be there to help Roger ahead in life.

Performances – Sean A Kaufman is great in the leading role, he must take his character through the biggest development through the film. while the rest of the cast do a good job throughout they only appear in the odd scene.

Story – The story here follows one man that needs to learn it is time to grow up when he is left to look after the son he never knew he had. The story shows us how one moment in life can help turn you around from a path which doesn’t have a successful future. Having the film tell the story in the short form we do get to see the impact of the events in the film and the idea of the ‘What If’ is always something that appeals.

Comedy – The comedy does mix with the drama nicely to make us feel when we need to and laugh at other times.

Settings – The film does take place inside one house which shows the change the Roger’s personal life goes through and the changes he will need to bring to his family life. 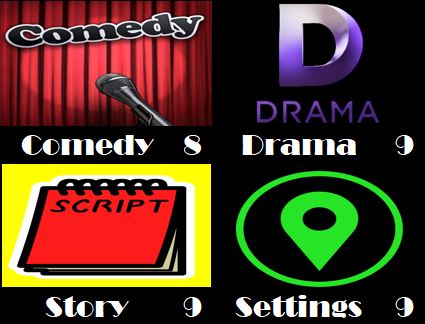 Scene of the Movie – The talk with the doctor.

That Moment That Annoyed Me – Not learning why Sadie left.

Final Thoughts – This is a wonderful short film, it gives us a powerful character development for Roger sending a message to the audience about needing to grow up in life.