Plot: When Jonathan Burke, a financial advisor, starts dating Jenna Casey, an aspiring lawyer, Johnathan’s best friend Andy Romeo is convinced she looks exactly like a famous adult film star. Not only does Johnathan have to deal with his friends claim but he also has to juggle his relationship with his boss who is possibly black-mailing him and is Jenna’s brother-in-law.

With his career about to his a new high, the perfect woman in his life Jonathan’s life is going to be challenged when it comes to dealing with his boss blackmailing him putting his future be questioned.

Performances – Bill Sorvino is in the leading role and does a great job throughout because his character does have to react with different levels of characters throughout. Tracey Birdsall is great too keep the mystery about her character. Joseph D’Onofrio does great and does try to steal nearly every scene with his character.

Comedy – The comedy in the film does work, with Andy getting most of the funny moments throughout with Jonathan being the straight-faced character.

Settings – The film does keep the film is the business location which works, but the film doesn’t rely on the settings too often apart from one bar sequences. 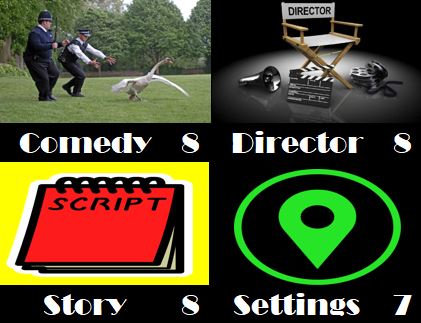 Scene of the Movie – Jonathan and Scott go to a bar.

That Moment That Annoyed Me – Even though Jenna is meant to be mysterious it feels like we needed something more about her character.

Final Thoughts – This is a good comedy that hits the jokes more often than misses which is always good.

Overall: Comedy that has the laughs.