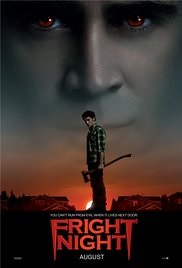 Plot: After a new neighbor moved into the house next door, Charley discovers that he is an ancient vampire and goes in search for the help of Peter Vincent, a famous “vampire killer” to save his neighborhood from the creature.

Story: Fright Night starts in small town America, well the locals around Las Vegas where we see an attack on a family before we meet Charley Brewster (Yelchin) a high school student with the perfect girlfriend in Amy (Poots). Charley’s whose old friend Ed (Mintz-Plasse) wants him to investigate the missing students in their school. When Charley and his mother Jane (Collette) welcome their new neighbour Jerry (Farrell) who comes off very shady.

Ed puts the idea into Charley’s head that Jerry is in fact a vampire and it isn’t long before we discover this too. When Ed goes missing Charley tracks down acclaimed supernatural entertainer Peter Vincent (Tennant) to help him and Amy finish off Jerry before he takes over the whole neighbourhood.

Story – The story is pretty easy to follow; a family has a vampire move in next door and have to fight to survive when other members of the neighbourhood are going missing. This is a remake and I do feel it can handle the modern world coming off well and not getting to complicated with the original story.

Characters/Performance – Charley is a good leading character because he is in the middle of finding himself in life through his high school time while being positive throughout he has a past he isn’t proud of but a future he can’t wait to see unfold. Amy is your standard girlfriend character who is way out of the league of Charlie. Jerry makes for a great vampire addition with Peter Vincent being the television icon coward you would expect to see, very loud arrogate about his skills.

The performances now are great with Yelchin showing he was always the go to guy for this age range filled with an innocent look. Poots brings the look for this role showing she is making the impact in Hollywood but it is Colin Farrell who is brilliant as this vampire calm, deadly and charming about each scene. David Tennant is also brilliant in the smaller role where he pretty much steals the scenes he is in. 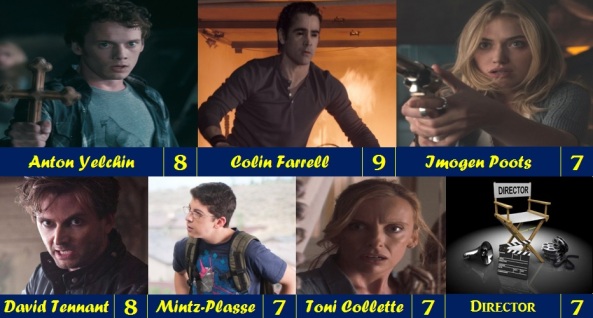 Settings – Las Vegas makes for a great setting for a vampire because it is a city where people could go missing for years before an investigation went on. This is mostly in the small towns on the outside of Vegas too. 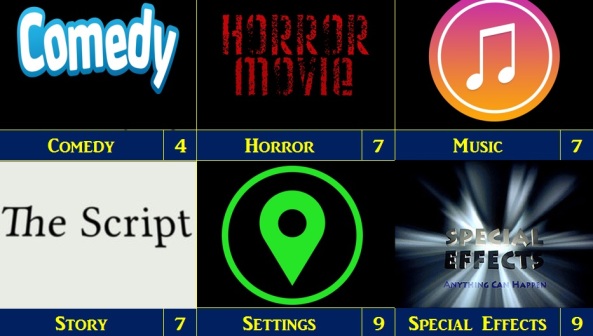 Final Thoughts – When you look for a good remake this one is right up there with one of the better not because the original was bad but it is a story that can work in both times.

Overall: Enjoyable vampire flick that can be enjoyed by the fans of the genre.