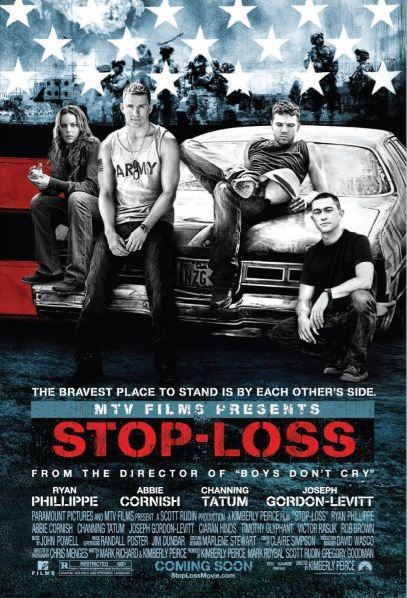 Plot: A veteran soldier returns from his completed tour of duty in Iraq, only to find his life turned upside down when he is arbitrarily ordered to return to field duty by the Army.

Tagline – The bravest place to stand is by each other’s side.

Story: Stop-Loss starts as we see the army unit that is touring in Iraq, they come under attack losing men, Brandon King (Phillippe) and Steve Shriver (Tatum) return home with their unit for a weekend of leave with Tommy (Gordon-Levitt) and Eyeball (Brown).

The weekend in Texas shows the effects on war has had on the soldiers, Steve becoming a violent drunk, while Tommy is suffering from losing his best friend on that last mission, Brandon tries to keep them in line while he is about to eave himself. Brandon gets stop-loss meaning he must return to Iraq, but he isn’t going to return, going on the run AWOL from the army with Michelle (Cornish), Steve’s girlfriend, as he wants to find a way to leave the army, while also showing the effects of the war on him.

Characters – Brandon King is the squad leader of his unit, he losses men on his latest tour of duty, but believes he is out with this latest tour, he must remain calm for his men back home while clearly suffering from PTSD from the events. He gets ordered to return to Iraq which he isn’t having leading him to go on the run, searching for answers to stop his return to war. Steve is Brandon’s best friend and fellow star of their home town, he returns home to get married, but his suffering is clearer to see and this puts his relationship with Michelle in the air. Michelle is Steve’s girlfriend, they are meant to be getting married, but when Brandon goes on the wrong, she supports him as her relationship with Steve get worse. Tommy is another member of the unit, he loses his best friend on tour and never recovers, he drinks to get through his nightmares which shows the PTSD he is suffering from, only Brandon can get through to him and with him on the run Tommy is a danger to everyone.

Performances – Ryan Phillippe gives his best performance of his career in this role, he shows the strength his character needs while the weaknesses inside are tearing him up. Channing Tatum broke away from the pretty boys roles first with this role and shows that he does have skills. Abbie Cornish is strong in her role through the film and Joseph Gordon-Levitt is fantastic in the supporting role as the PTSD in his character feels the most destructive. 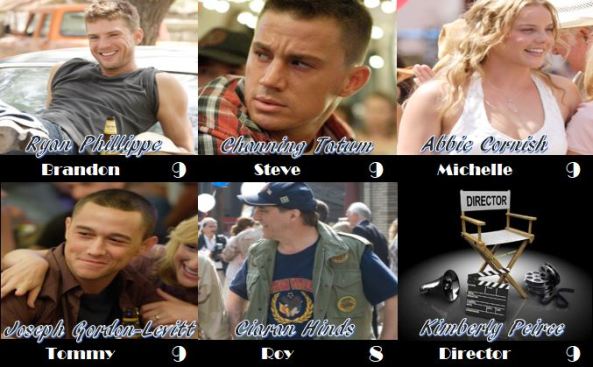 Story – The story follows the effects of war on three soldiers returning from a tour of duty in Iraq, they are all suffering from different levels of PTSD and shouldn’t be returning to duty, when one gets Stop-loss he goes on the run, ones behaviour stops him going back with this being the only thing he wants and the third who wanted out but decides he wants to return. While the story shows one man trying to get away from his duty, it shows the larger effects of soldiers that are returning with PTSD and how easily they can just break. This is an important story about treating soldiers with respect by not forcing them to return if they are not mentally capable off because of what they have seen, done or been involved in, and how to support them as they try to return to normal lives.

War – The war side of this film is shown in what happened to these soldiers and the aftermath of what happens when they return without the support required.

Settings – The settings show both the world they have been living in Iraq and the home back in Texas as they are in desperate search to get on with their life. 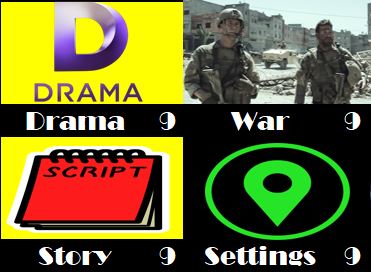 Scene of the Movie – Brothers fight.

That Moment That Annoyed Me – The lack of support the soldiers get.

Final Thoughts – This is one of the most impactful movies when it comes to tackle war, it shows how difficult life away from the tours can tear the soldiers apart in a war they didn’t need to be fighting. This has career best performances from the three lead actors and a story which could easily be a reality to any soldier returning from active duty. 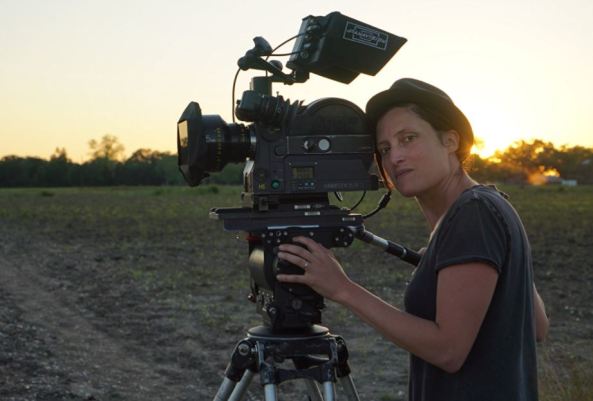 Why I’ve Picked this choice – Rachel is the first woman to be nominated for an Oscar for Cinematography, not only will she be remembered as the first, it is well deserved with her work on Mudbound. If you are to look back over her career will notice some impressive movies on the list too, indie darling ‘Dope’ Michael B Jordan’s and Ryan Coogler’s break out movie ‘Fruitvale Station’ and the hugely underappreciated ‘Sound of My Voice’.

Rachel will now be an example to woman wanting to make a career in Hollywood in roles such as Cinematography, put yourself aside brilliant filmmakers and you reward will come your way. The biggest project of her career is coming up in Marvel’s Black Panther where she gets to reteam with Coogler and Jordan to bring us the next chapter of the saga.