Plot: A social worker fights to save a girl from her abusive parents, only to discover that the situation is more dangerous than she ever expected.

Story: Case 39 starts as we see the workload of social worker Emily Jenkins (Zellweger), the latest case to fall on her desk is Case 39 about young girl Lilith Sullivan (Ferland) who is being abused by her parents but nothing can be proven. Emily get Detective Barron (McShane) to help investigate but when Lilith’s parents try to kill her, she is removed from the home.

When Lilith moves in with Emily during the case hearing, we start to learn what could have been the problem with Lilith as strange things start to happen around the people Emily cares about, is this Lilith causing the problems or something more sinister.

Characters/Performance – Emily Jenkins is the social worker that always does the best for the children through any of the cases she gets, she sees the latest case with Lilith and takes her in as the only one she can trust but soon her life start unravelling and Emily must question her good nature to stop people dying. Lilith is the young girl that Emily believes is being abused by her family, she starts of looking innocent but soon becomes strange through the film and she could in fact be evil. Detective Barron is the person Emily always turns to, to solve any problems in the cases she has, he is loyal to her and willing to help solve any wrong doings.

Performance wise, Renee Zellweger is good in this lead role showing us horror can work with the right leading lady. Jodelle Ferland made a reputation playing the creepy little girl around this time and she is the star of the show here. Ian McShane is good in the supporting role too.

Story – The story is a smart decision process because a social worker having the mentality to want to protect children having to question that because one could be evil poses a great set of moral questions throughout the film. That is the core of the story here we do have characters getting picked off by what could an evil child but it does keep us wondering how somebody would deal with the actual anti-Christ.

Horror/Mystery – The horror comes in our characters being haunted by their nightmares that are being created by Lilith but the mystery behind why this is happening in the first place.

Settings – We have everyday settings in this film that makes us feel like this could happen to anybody, this does help everything unfold.

Special Effects – The effects do work when it comes to the kills going on through the film without it being all over the top CGI.

Final Thoughts – This is a solid horror that spends slightly too much time trying to add extra scares instead of focusing on what could be moral questions Emily should need to face.

Overall: Solid Horror that can be enjoyable for the horror fans.

Plot: Two hard-partying brothers place an online ad to find the perfect dates for their sister’s Hawaiian wedding. Hoping for a wild getaway, the boys instead find themselves out-hustled by an uncontrollable duo.

Story: Mike and Dave Need Wedding Dates starts as we meet brothers Dave (Efron) and Mike (Devine) who are full party animals but when their reputation puts them in a hard place when it comes to their sister’s wedding, the two told if they don’t bring dates to the wedding they can’t go to the wedding. On the other side of town, we meet the party animals in Alice (Kendrick) and Tatiana (Plaza) who recently lose their jobs.

Mike and Dave put an add up on craigslist looking for dates, this goes viral and they go through all the creeps, but when Tatiana and Alice learn about the ad, they go out of their way to get selected for the holiday to Hawaii for the wedding. Can the boys behave themselves for one weekend and keep the girls under control.

Characters/Performance – Dave is the slightly more sensible of the two brothers’ but he has always followed his brother’s lead. Mike is the loud mouth brother who always finds himself talking into trouble but because of his better-looking brother his confidence remains high. Alice was once a nice girl but since she was left at the alter she has become depressed needing to turn to drink always getting both her friends together. Tatiana is the one that miss-leads Alice with her attitude believe she has the power to control any guy. These characters are a nice mix with Mike and Tatiana being the extra over the top supporting pairing. Dave you can see is a character with dreams he just needs someone to push him forward and Alice is a very confusing character because around Dave she is a broken woman but around Tatiana she is the a stoner character which seems too opposite.

Performance wise, Zac Efron is good in this role because he does end up going through a wider range of comedy through the film. Anna Kendrick does struggle with this role because she doesn’t have the look to come off as a stoner type of character, she is usually the sweet girl. Adam Devine and Aubrey Plaza both give us the performance we expect from them both where the jokes do most of the work.

Story – The story should focus more on the brothers learning they need to grow up when their own sister is getting married but we focus too much on the party animals involved in the story. we struggle to focus on any side of the story enough and the strong ending doesn’t come off strong enough once we get there.

Adventure/Comedy/Romance – The adventure is the holiday which I all what you expect, the comedy is a mix of raunchy sex comedy which sometimes hits and other times goes too far. The romance side is loose but doesn’t click for the characters enough.

Settings – Hawaii will always be a beautiful setting for the film and gives us the sun, sea for the holiday around the wedding.

Final Thoughts – This comedy is easily in the middle of the road when it comes to the raunchy side, it goes passed Wedding Crashers but doesn’t go full Rogen.

Overall: Raunchy comedy that isn’t going to be for everyone.

BEAUTY AND THE DOGS Opens Theatrically via Oscilloscope Laboratories on March 23rd (in NYC at Landmark 57 West; in LA at the Nuart) 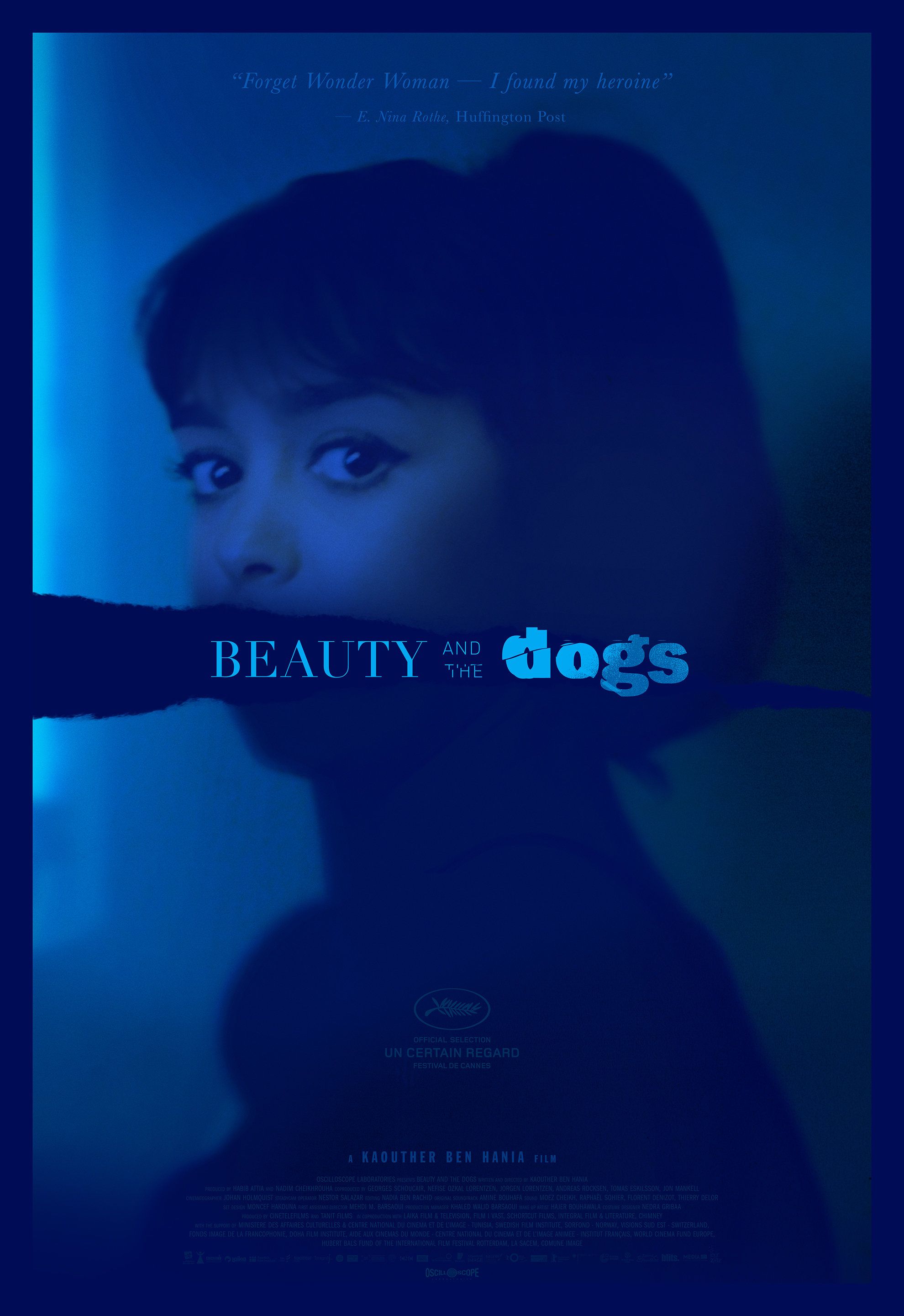 When Mariam, a young Tunisian woman, is raped by police officers after leaving a party, she is propelled into a harrowing night in which she must fight for her rights even though justice lies on the side of her tormentors. Employing impressive cinematic techniques and anchored by a tour-de-force performance from newcomer Mariam Al Ferjani, Kaouther Ben Hania’s BEAUTY AND THE DOGS tells an urgent, unapologetic, and important story head-on. A rare, startling film from a female Tunisian director, it’s a striking critique on a repressive society and a forcefully feminist rallying cry.

Plot: When a man with HIV is fired by his law firm because of his condition, he hires a homophobic small time lawyer as the only willing advocate for a wrongful dismissal suit.

Tagline – No one would take on his case… until one man was willing to take on the system.

Story: Philadelphia starts as we meet two rival lawyers, Joe Miller (Washington) who fights for the innocent and Andrew Beckett (Hanks) a company man who has risen up the firm to become an associate partner, but Andrew has been fighting a sickness, aids.

When Andrew gets fired from the law firm, he turns to Joe to sue for wrongly termination from the firm after he believes he was sabotaged because of his illness, but Joe’s own homophobic mindset and his questioning how contagion aids is. Joe eventually puts aside his prejudices and takes the case against the law firm, but it becomes a race against time for Andrew.

Characters – Andrew Beckett is the brilliant lawyer on the rise within his firm, just after he gets a promotion, he finds himself getting sacked for having aids and being homosexual. He has always been good to the staff he works with and wins his cases but now he battles his illness and wants to sue for wrongful dismissal. Joe Miller is a homophobic ambulance chaser, he wins cases for personal injuries, he is reluctant at first but decides to take the case where he must learn to put his own prejudices aside. The rest of the characters focus around the law firm that dismiss Andrew and Andrew’s boyfriend Miguel as he supports him through his struggles.

Performances – Tom Hanks won an Oscar here, do I need to talk about how fantastic he is in this role, I think not. Denzel Washington also shows how brilliant he was in this role. The rest of the cast also give us wonderful performances throughout the film to make this one of the biggest films of the year.

Story – The is a story about one man trying to fight against what he thinks is wrongful dismal for his sexual orientation and for having aids.  This is an important film that shows the discrimination people had with both people with aids and homosexuals which should never be a deciding part of whether to keep a member of staff. It is a powerful court room drama that shows us just how people can fight for what is right even if it is against their belief.

Settings – The film is set in Philadelphia which is a beautiful setting, we are mostly in the courtroom which is now becoming one of my favourite locations for a film to take place in.

Scene of the Movie – Andrew’s testimony.

That Moment That Annoyed Me – This is a difficult subject matter to watch for some.

Final Thoughts – This is one of the most important films you will see, it has two truly great performances with a supporting cast that is equally as great throughout the film.

Overall: Brilliant drama about the struggle.