Plot: The spirit of a murdered girl returns with a message for the staff of a local radio station.

Story: Dark Signal starts as radio host Laurie Wolf (Morris) is preparing for her final show with her producer Ben Evans (David-Lloyd), Ben has a mutual friend in Kate (Ignaczewska) who is desperate for money to support her sick son and this drives her to work with Nick (Pow) in a robbery in the middle of the Welsh countryside.

We learn that there is a serial killer on the loose who cut of the wedding finger of his victims before killing them and as Kate is alone she starts to believe she is being stalked by the killer, but back at the radio station an unknown voice is recorded leading to the guest a psychic Carla (Monreale) leading to the show trying to make contact with the ghost they believe is trying to communicate.

Characters/Performance – Laurie Wolf is the radio host, she is about to lose her job and wants to go out with her final show her own way, she will push the boundaries but doesn’t believe in communicating with the dead, Ben is the producer that pushes her to believe what she hears and is professional when it comes to his work, Kate is drawn into a robbery gone wrong finding herself needing to fight for her life when she is mistakenly believed to be a killer. The rest of the character who offer us the idea of what is going on through the film.

Performance wise, I think most of the performances are good through the film without being amazing, they all know their roles and show us enough to make it believable.

Story – The story feels very mixed because we spend a lot of time split between two different stories, the first with the final radio show and second being a midnight countryside robbery, they do meet in the final third but making it there is hard work getting through what feels like a couple of random storylines.

Horror/Mystery – The horror side of the film comes from wondering what the spirit is haunting them and who is the serial killer in Wales, the mystery is why is the spirit communicating with the radio station so far away.

Settings – The settings do stick with three main locations, the radio station, the countryside home and the family home of Kate, having just the three does work for the film keeping us on edge in the moments around the scenes.

Special Effects – The effects are mostly used well but are not overly important to where the film goes.

Final Thoughts – I feel this film spends too much time with the separate storylines and not focusing enough on where things needed to go, we also have terrible decision making in the situation that is meant to be about desperate needs for money.

Overall: This is a horror that doesn’t get to the point sooner enough to save it.

Foosball is one of the most popular game tables in the world. Unfortunately, it is not as popular as the game it was made from but it has fans all over the world. I know that I can’t compare soccer and foosball and I can’t expect it to be as popular as soccer because it is a game table, but I do have my hopes up. J

In movie history there are only a couple of pieces made with the main topic – foosball and today, I want to share with you the latest piece. It is a cartoon made in 2013 and when you look at the title – “Underdogs”, you wouldn’t have guessed it is about foosball. I like the fact that the name suits the game table because it is an underrated game.

The Plot: The plot of the cartoon is suitable for the title. There was a group of kids in a small town who had to kill time playing a different game. One kid, in particular, was different and most of his time he played foosball in a local bar. That kid was bullied by local kids and his only friends were the foosball players.

Fast-forward about 10 years and it seems like nothing changed. That kid, now a young man is still playing foosball and the bully is an international soccer star. The soccer star returned to his hometown with one intention – to demolish it and build the biggest stadium in the world.

And that is where the action begins and you can see why the name of the movie is Underdogs. I don’t want to spoil much but let me just say it has elements of foosball and soccer because the entire town ends up playing soccer against their bully.

Now, you are probably asking where is foosball in all that? Well, those foosball players from the table come to life and help their little hero in the fight against the bully. The cartoon shows what team is all about, it teaches about passion, love and not giving up.

Conclusion: If you are looking for a cartoon to watch with your kids and you are sick and tired of all Frozen, Ice age or Tangled style of cartoons I would suggest this one. It is a refreshing cartoon with original story because it revolves around foosball. Also, every foosball player has its own accent and personality which shows the variety other movies don’t have.  I don’t like the quality of the cartoon (it is made digitally), but that is my personal opinion.

The movie review is written by Mark Cop, a foosball fan and a player who has a blog about foosball. He wants to make foosball popular like it was before so he is helping people pick the best foosball table by writing interesting mini foosball table reviews. 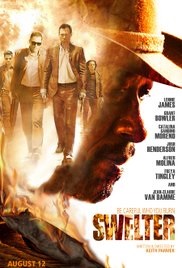 Plot: Ten years after their casino heist, four escaped convicts trace their former partner to a desert town, where he is now a lawman with no memory of his criminal past.

Story: Swelter starts as we see how Bishop (James), Stillman (Van Damme), Boyd (Henderson), Cole (Bowler) who all tried to pull a Vegas robbery, Bishop escapes but loses his memory the rest spend time behind bars, 10 years later they are all free looking for Bishop who has become the Sheriff of a small town called Baker.

Stillman leading the way in search for Bishop to retrieve the money that was taken, causing chaos in the town, but when they learn of Bishop’s state they find themselves needing to find another way to find their money.

Characters/Performance – Bishop is the former casino robber turned sheriff because of the memory loss he suffered on his last job, he does suffer nightmares about his past but never understands them, he must now save his town from his past. Stillman is part of the original casino team but now he wants it back, we don’t see what he is capable off early on in this film. Doc is the local doctor who does have a connection to Bishop’s past. The rest of the characters are what you expect for this genre and setting.

Performance wise, Lennie James is good but mostly like a Morgan we have known before, Molina is fine in his supporting role giving us what we know he can do. Jean-Claude Van Damme is the mystery in this because most of his role is sitting and watching what is going on.

Story – This story does follow the traditional idea of the one lone member of a gang doesn’t do time for a robbery and once the rest are released they come back to get what they think is theirs’. This does have a slight twist on that idea because the free one has lost their memory and the returning group know that violence isn’t going to be the answer. The reality is most of this film feel very slow moving.

Action/Crime – The action is fine mostly fights but nothing fancy with the crime story mostly being about the characters involved.

Settings – The small town does help for the story and help build the town of small town people through the generic side of things.

Effects – The small effects needed are all fine and never over complicate anything.

Final Thoughts – This is a thriller that just lacks that punch needed and completely wastes having Jean-Claude Van Damme.

This month I won’t be doing reviews at all, just a small discussion to what I enjoyed last year.

Why I’ve Picked this choice – This is the story about Antonina Zabinska a Polish zookeeper who along with her husband helped smuggle Jews out of Warsaw during World War II, this is a film that showed the bravery to do the right thing, the lives they saved from the Nazis and another one of the heroic acts shown during the horrors of war. Jessica Chastain is fantastic in the leading role too.

January is here and that means award season and for the whole of January I will be looking at a range of best and worst subjects, first the nominations

Noomi Rapace – What Happened to Monday 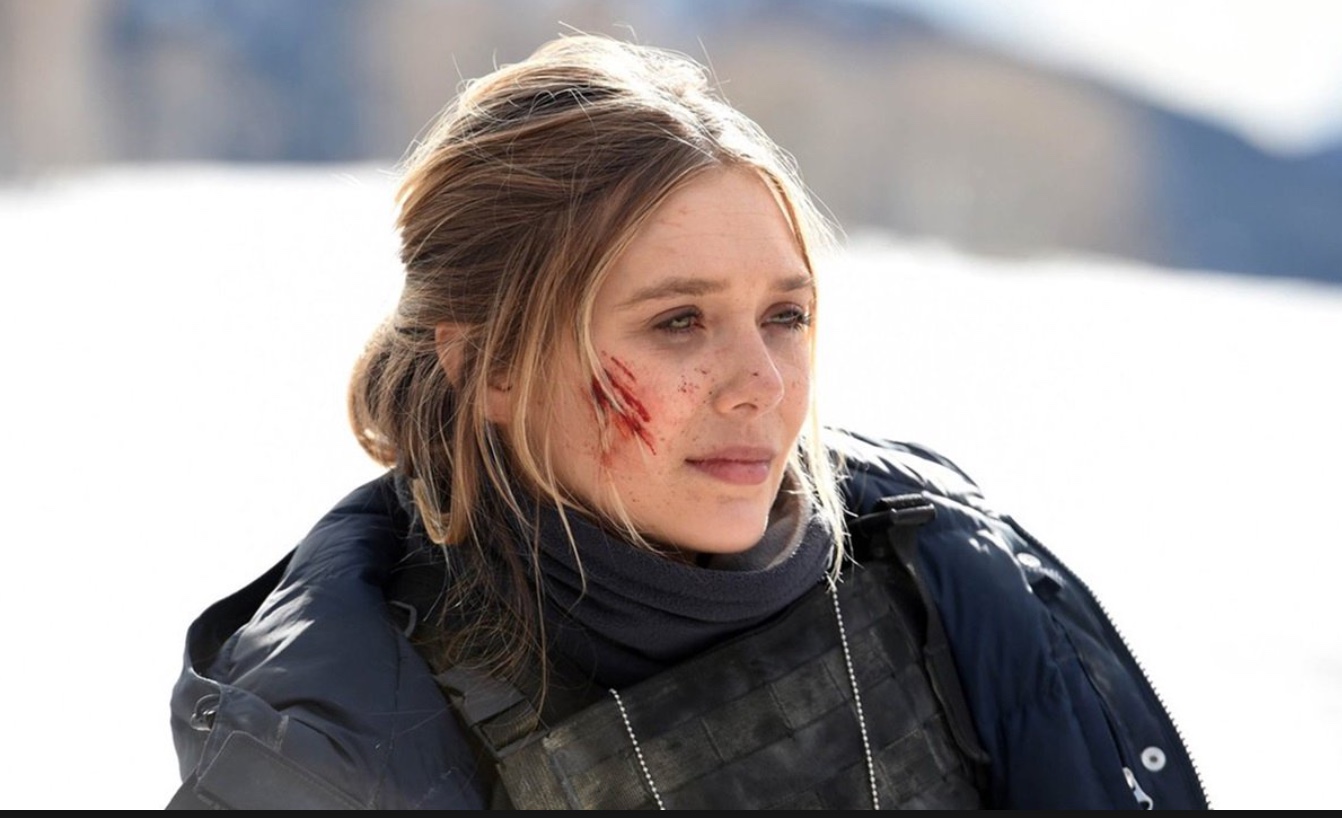 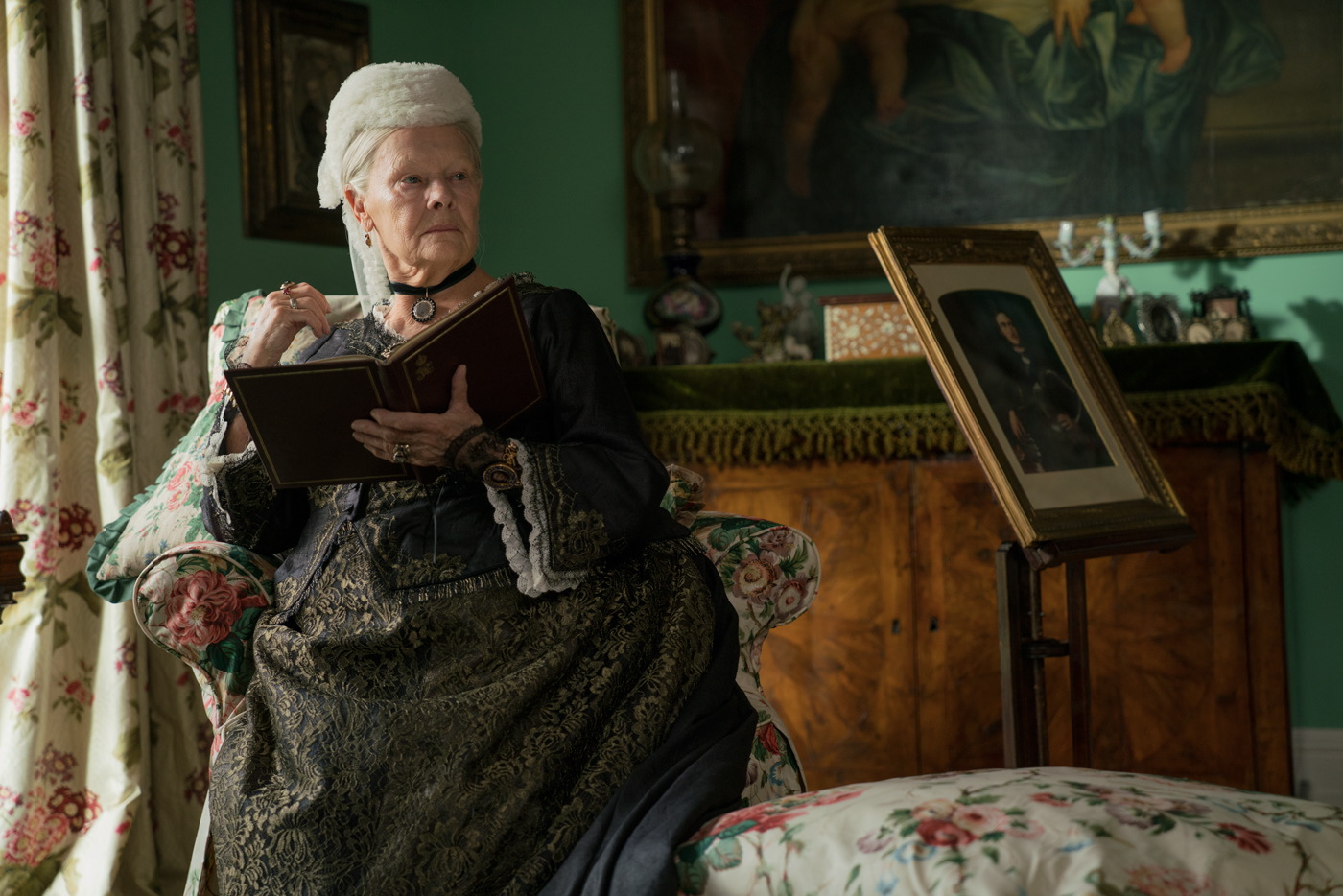 Reason – When you can give two wonderful performances it is going to be hard to not notice this actresses as the best for the year, Jessica gave us two powerful performance in different roles about strong women.