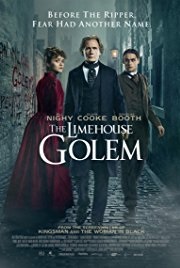 Plot: A series of murders has shaken the community to the point where people believe that only a legendary creature from dark times – the mythical so-called Golem – must be responsible.

Tagline –  Before the Ripper, fear had another name.

Story: The Limehouse Golem starts when John Cree (Reid) is found dead in his bed chambers by his wife Lizzie (Cooke), she is accused of murdering him but when detective John Kildare (Nighy) is investigating the mysterious murder known as the Limehouse Golem the clues point to the potential killer being John Cree.

Kildare attends the trial of Lizzie where she gives the story of how she meant John Cree which let her follow her dreams of working with performer Dan Leno (Booth) who takes her under his wing. As the story unfolds we learn about the relationship Lizzie started with John all while Kildare searches for the real Limehouse Golem.

Thoughts on The Limehouse Golem

Characters – Lizzie Cree is accused of killing her husband during the attacks of The Limehouse Golem, while awaiting trial and during it she tells the tale of the poor girl that grew up to become part of the entertaining field in 1800’s England and her relationship with one of the suspects. John Kildare is the newly appointed detective to the Limehouse Golem case which brings him to look at a large selection of suspects that all seem to have a connection to Lizzie, including her late husband. Dan Leno is the lead performer at the theatre, he brings Lizzie in to the show and mentors her, he is also a suspect in the murder cases going in Limehouse. The suspects are all interesting throughout the film as we see the darker side of the people of Limehouse.

Performances – Bill Nighy is good as the detective keeping calm through the case, Douglas Booth is also good as the performer that gets to shown extra eccentricity through the film. Olivia Cooke is an actress I believe has a bright future and for the most part she is good here but then in moment she aims to try a cockney accent which doesn’t hit.

Story – The story is told in two parts but together, the main part is the trial against Lizzie while the other part looks at what could have led to the decision in the trial for Lizzie as people search for the Limehouse Golem. This is fine as a story but when you go into a horror thriller film we are left feeling empty as this turns into a crime thriller, the murders seem to be off camera and it turns into a who was the killer.

Horror/Thriller – The horror in this film disappoints greatly because we seem to skip over most of the moments revolving around the killer’s actions, the thrilling side of the film works in places as we are left with a race against time to see if Lizzie is guilty of not.

Settings – The film is set in the 1800 hundreds London which is famous for the killings of Jack the Ripper which this film feels like it could easily be in the same time as that.

Special Effects – The effects are used rarely and not ruining any moment of the film as we only have them where needed. 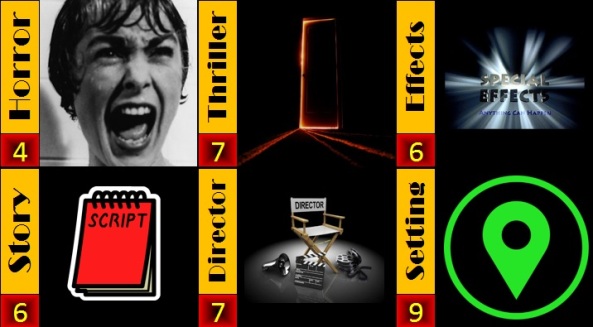 That Moment That Annoyed Me – Moments of the accent are annoying.

Final Thoughts –This is a film that builds up slowly to its final act, using the words to make sure we are left to follow clues to who the killer is and is saved by the final act from being just an average film.

Overall: Saved by the final act.

Episode 12 – Marge vs. the Monorail

Couch Gag – This time we have the whole town join them on the sofa.

Plot Synopsis – After receiving a considerable donation of money, the people of Springfield decide what to spend it on. Enter Lyle Langley, a jocular salesman who gets Springfield hooked on a monorail system. After the monorail is up and running, and with Homer as the conductor, it’s time for the maiden voyage. Little do the people know they have just boarded a one-way train to Hell.

What is going on really – We start with my favourite opening sequence as Homer becomes Fred Flinstone singing his own song before crashing into a chestnut tree.

We see how Mr Burns gets fined for dumping toxic waste with the town getting $3 million to spend leading to a town meeting to decide where Lyle Lanley enters the picture to give a song and dance about building a monorail. 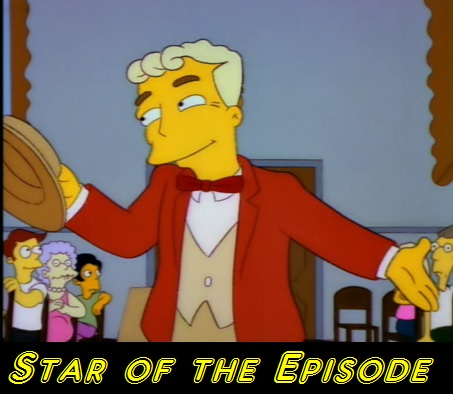 Final Thoughts – This is of the most famous episodes of the series, it has the song and dance number which is one of the best in the show, it also shows how a town can be tricked by a con-artist instead of being sensible with the money.