Plot: On an island off the coast of North America, local residents simultaneously fight a zombie epidemic while hoping for a cure to return their un-dead relatives back to their human state.

Story: Survival of the Dead starts as we meet Sarge (Van Sprang) who decides to take his men away from the army to fend for themselves. We also meet a small family on Plum Island where O’Flynn (Welsh) and his family clean up their small island for survivors, but this only leads to conflict between him and another family the Muldoon (Fitzpatrick).

When the soldiers find themselves in the middle of the battle between the two families they learn that the zombies are not the only enemies they have to face in this world.

Survival of the Dead is the 6th instalment of the franchise and this film takes place in the same universe as the Diary of the Dead film where we follow the military men who rob our heroes in that one. The problem here is we get an awful story about two rival families wanting the island to save themselves. There is not a single redeemable character in this film and it could easily be considered the worst of the whole franchise. Just don’t get me started about the awful accents being used throughout either.

Overall: Worst of the bunch by a very long way.

Plot: Three years after he last terrorized his sister, Michael Myers confronts her again, before traveling to Haddonfield to deal with the cast and crew of a reality show which is being broadcast from his old home.

Story: Halloween: Resurrection starts with Laurie (Curtis) now in a mental home as we learn that she killed an innocent man thinking it was Michael, now she waits for him to arrive so she can finish the job. When Michael finally gets to kill Laurie his rampage must be over, but no, let’ see where this film goes now.

We are not back in Haddonfield meting student Sara (Kajlich), Jen (Sackhoff) and Rudy (Thomas) who have all signed up for a reality television show hosted by Freddie Harris (Rhymes) and Nora (Banks) and joined by Donna (McCrackin), Bill (Nicholas) and Jim (Kirby) where they must stay in the Myers house for one night.

As the students look to investigate the home, they learn that Michael is still living there and ready to kill anybody inside his home, who will make it out and just what is the point in these victims.

Performance wise, well, where do we start here? This isn’t known for its performance ability, Busta Rhymes please no more acting, and why in the hell would you hire an actress that couldn’t scream or cry on cue for a horror film, Jamie Lee clearly didn’t want to be in this film either.

Story – Looking at story we have a HUGE problem here, one you kill off the Laurie in the opening sequence and forget she has a kid now a young man in his twenties now too. We get an awful run around Michael’s house being picked off one by one for reality TV, none of these characters have a connection to Michael and this is just a hack em slash em film for no reason.

Horror – This is fine as a standalone slasher horror but the connection it needs sucks the horror out of the film.

Settings – Being set inside Michael’s childhood home works because it brings us back to Haddonfield, where we need to be but the stakes just don’t feel enough in this house.

Special Effects – The kills have good effects but otherwise we don’t get many or need many.

Final Thoughts – This film feels like someone watched The Truman Show and thought let’s make it a slasher film where we have an audience watching what is going on inside the house, we have terrible acting, terrible storytelling and just a boring reason to bring Michael back. 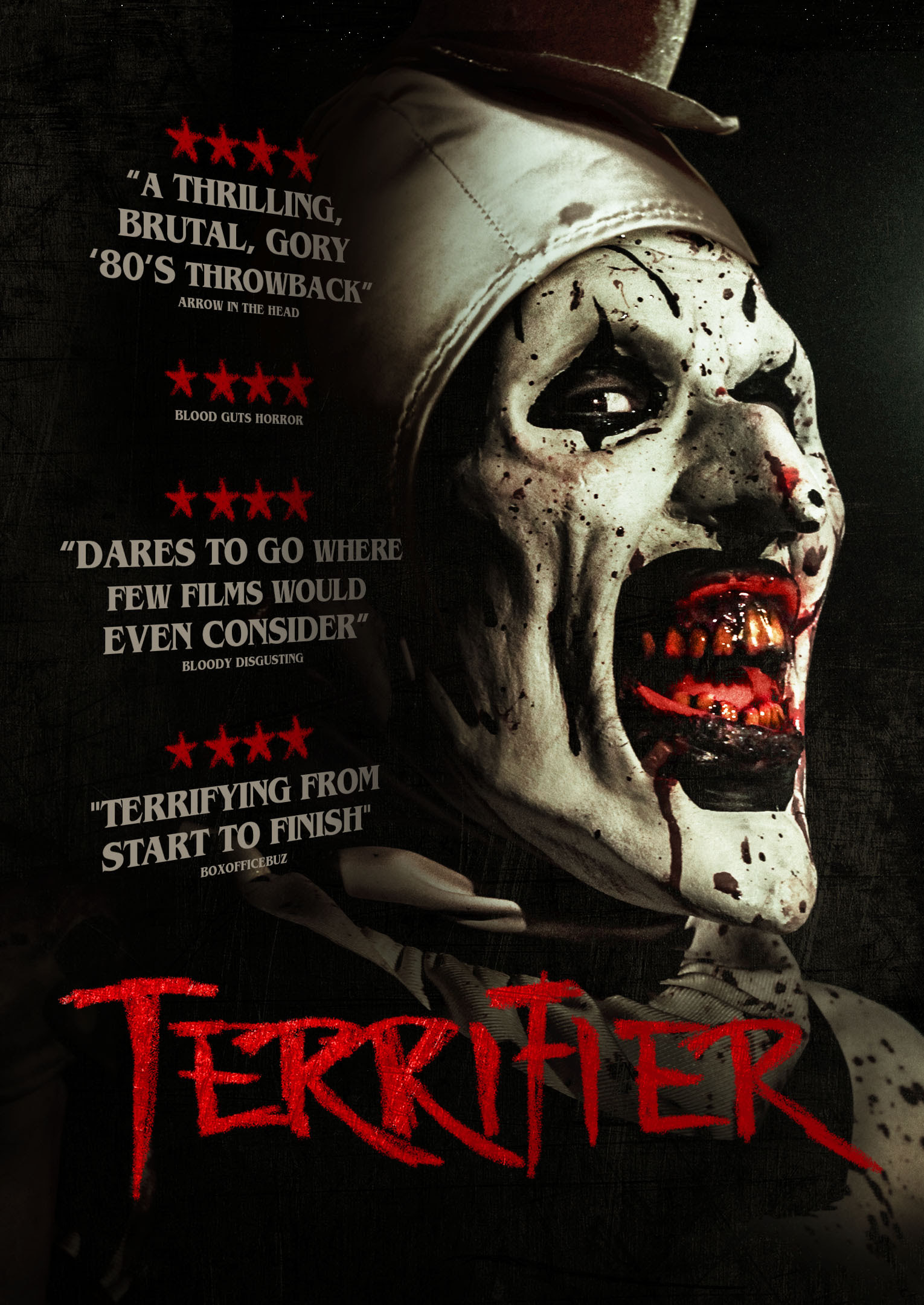 Having premiered at London’s Horror Channel FrightFest this weekend, we can reveal the UK trailer for the truly sinister slasherTERRIFIER:

Directed by Damien Leone and starring David Howard Thornton, Jenna Kanell and Catherine Corcoran, TERRIFIER is the story of a maniacal clown who terrorizes three young women on Halloween night and everyone else who stands in his way…

This horror is just big, bold and crazy with nuts characters and plenty of blood and gore to keep the horror fans happy.

This crime thriller gets stuck following two characters for so long before getting the bottom of the crime.