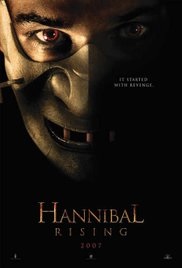 Plot: After the death of his parents during World War II, young Hannibal Lecter moves in with his beautiful aunt and begins plotting revenge on the barbarians responsible for his sister’s death.

Story: Hannibal Rising starts when we meet a young Hannibal, his family live in a castle in Lithuania during World War II. When the war comes to their home they try to ride it out in the cabin in the woods but tragedy strikes and his parents are killed. Left to look after his younger sister Mischa, Hannibal finds himself trapped with evil soldier Vladis Grutas (Ifans) occupying their home and things will only get worse for him.

8 years later we see Hannibal (Ulliel) now a mute living in his castle but it is now an orphanage for the victims of war, tried of how he is being treated he escapes to find his Aunt Lady Murasaki (Gong) who takes him in, giving him a future. Hannibal studies to become a doctor and shines in that field but what he is really up to, is searching for the soldiers that are responsible for his sister’s death, so he can make them pay, which does grab the attention of war criminal inspector Popil (West) who is also wanting to make the evil pay.

Characters/Performance – Hannibal is a character we all know from the Silence of the Lambs, one of the most iconic figures of film history. Now we get to learn why he was like this as we see the horrors of war leave him the lone survivor of his immediate family thanks to war horrors, he goes out to get revenge on the people responsible proving he was emotionless all along. Lady Murasaki is the Aunt that takes Hannibal in, she has lost her family through the war too and the two work together to get the revenge. Vladis Grutas is the evil soldier who used war for his own profit killing anyone who got in his way. Inspector Popil is tracking war criminals across Europe, slightly more legally than Hannibal.

Performance wise, Gaspard Ulliel is good as the emotionless killer, he shows a man with nothing left to live for. Li Gong is good but only in the smaller supporting role. Rhys Ifans always makes for a good villain and this time we get to see him in the lead villain role.

Story – The story behind one of the great screen characters of all time will always be a test because we will be left wondering do we need to know his origin story? The answer here turns Hannibal into a full blown vigilante which could work for a fresh approach for a film but giving this to Hannibal come off feeling slightly short.

Crime/Thriller – The crime side of the story is all in the revenge side of film as we see how Hannibal sets out to avenge his sister’s murder. The thriller tries to keep us on edge but fails to achieve this on all levels.

Special Effects – All the effects come off very well making us truly understand what just happened with the moment of horror. 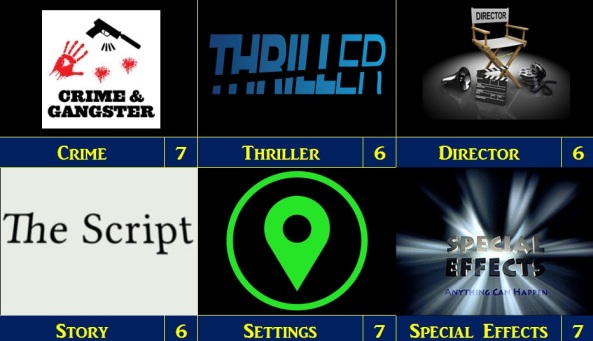 Final Thoughts – This is a prequel that just doesn’t seem to click the way you would like it all to, we didn’t need to learn more about Hannibal’s early days, but this could be a fantastic thriller for an original character.

Overall: A film we didn’t need but one that could have worked.