Plot: As Nell Sweetzer tries to build a new life after the events of the first movie, the evil force that once possessed her returns with an even more horrific plan.

Story: The Last Exorcism Part II starts by filling us in on the first Last Exorcism because most of us forgot or didn’t see it. Starting in the main film we learn what happened to Nell (Bell) as she is given a chance to recover at a young women’s halfway house as she learns to deal with her past.

Nell stats to make new friends with the other girls there with Gwen (Garner) taking in almost like a sister, but it isn’t long until Nell starts getting her horrifying visions return. Nell must battle the evil that has returned to her life that is also targeting her new friends.

Characters/Performance – Nell is an innocent young woman looking to understand the world once again after what happened to her, but she can’t escape what happened in her past as she must fight the evil within her. Gwen is the one girl at the home that offers friendship but this film sadly only surrounds Nell not the supporting characters.

Performance wise, Ashely Bell is fine in the leading role but you feel she doesn’t quite reach the levels needed for the horror involved. The rest of the performances are all fine without being anything special.

Story – You know the story is confusing when it is called Part II and Last Exorcism, how can it be a second last one, shouldn’t the first have been called the second from last Exorcism? Anyway, this story isn’t the most appealing as we are left to go through the same old situation girl becomes victim needs curing, yawn.

Horror/Thriller – The horror is all predictable as we know what we are going to get, noise, something moving in the background and well scary voices, nothing shocks in anyway here.

Settings – The settings give us nothing to go on, we end up going through the same locations a drug addict would have gone through to recover.

Special Effects – The effects are good at times but are also weak in other moments.

Final Thoughts – This is just another exorcism movie that you will forget sooner rather than later.

Overall: Been here seen this. 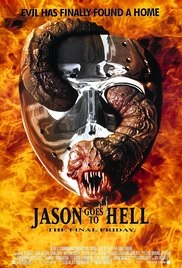 Story: Jason Goes to Hell: The Final Friday starts as the FBI take down and blow up Jason Voorhees (Hodder) but his heart even away from his body still beats. When the autopsy is going on the coroner eats the heart becoming a killing machine. Bounty hunter Creighton Duke (Williams) offers to kill him once and for all ending the Voorhees rampage.

When we learn that Jason is going body from body looking for a way to come back from beyond the grave as he targets Jessica Kimble (Keegan) and her baby the only way Jason can return with Steven Freeman (LeMay) needing to protect the love of his life and child from the killing machine.

Thoughts on Jason Goes to Hell: The Final Friday

Characters/Performance – Steven Freeman is the only one who knows what can save Jessica the love of his life but she won’t let him near their baby. Jessica is the eldest remaining member of the Voorhees family who could make Jason return from beyond the grave. Creighton Duke is a world-famous bounty hunter that kills for the money and now he wants the bounty of Jason Voorhees.

Performance wise, it would be fair to say that everyone is fine through the film without being anything as you would expect from the 9th instalment of a franchise.

Story – The story does go in a very different direction which I think is a great idea because this time we have Jason in spirit but we lose any slasher impact the story should have. The story does well being braver but could easily be more of a rip off of Halloween now.

Horror – The horror is fine with plenty of gore but nothing we haven’t really seen before.

Settings – We don’t have any iconic settings which disappoints, in fact I don’t think we even go near the lake.

Special Effects – Much like the last time the CGI is poor but the practical effects are all great. 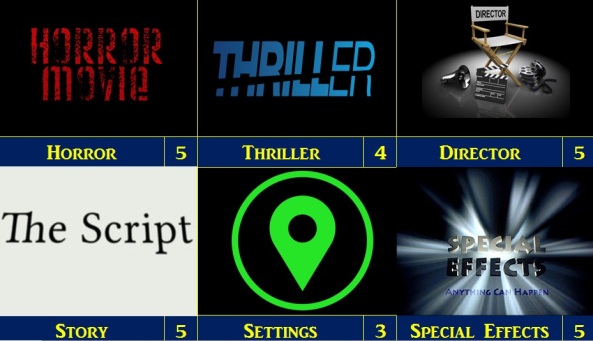 Final Thoughts – This is a good move for the 9th instalment but just doesn’t feel like a Friday the 13th movie. 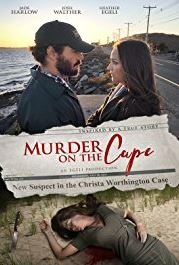 Plot: Based on the Christa Worthington case. An out of work fisherman has an affair with a fashion writer wintering on the Cape. She returns two years later with his child, and when she is murdered, the fisherman is the prime suspect.

Story: Murder on Cape Cod starts as we see how Mike Luna (Walther) has been struggling to make ends meet for his family in a sleepy fishing town. His wife Nancy (Egeli) is researching their options while famous writer Elizabeth Baldwin (Harlow) arrives in town capturing his attention.

When Mike gets a job collecting permits for clam fishing he ends getting involved in an affair with Elizabeth putting his own marriage at risk, but after a couple of years pass, Elizabeth returns with his child bringing new problems for Mike to face.

Thoughts on Murder on Cape Cod

Characters – Mike is the out of work fisherman, who gets given a chance to work Denton Harbour Sheriff Department but the strain on his personal life leads him into an affair which gives him new problems to deal with.  Elizabeth is the writer moved to the area who gets involved in an affair with Mike, but she doesn’t know he is married to start with but when she gets pregnant things take a turn for her. Nancy is the wife and mother of Mike’s children, she has supported him through his struggles knowing his true nature.

Performances – The performances do feel real, Jade Harlow and Josh Walther in the leading roles both shine showing they could carry this story. the supporting cast do a good job too as they help build the world our leading two characters are in.

Story – The story follows the hard times in small town where marriages can be strained leading to an affair. Seeing how one man could risk his family for an affair and the consequences of it are shown in a more realistic way because no one overreacts to what has happened knowing the problems. The only disappointing side to the story is final outcome feels like we could have had something more to it.

Settings – The small-town setting shows us just how difficult the time can be for the people involved, we see how everyone seems to know everyone too. 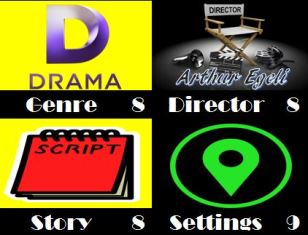 Scene of the Movie – Saving the stranded Peter.

That Moment That Annoyed Me – It does seem to end quickly with what happens to Elizabeth.

Final Thoughts – This is a good drama that shows us the effects from struggling in small town America and being drawn into affairs.