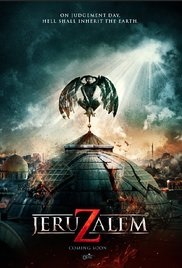 Plot: When a couple of American young adults fly to Israel to visit the city of Jerusalem, a biblical nightmare falls upon the city

Story: JeruZalem starts as we learn about the three entrances to Hell, one in the desert, one in the ocean and one in Jerusalem, now they have found one for real.

We move onto meet Sarah Pullman (Jadelyn) who has just received a pair of eye-sense glasses for her trip away with her best friend Rachel Klein (Grobglas). This holiday will help Sarah get over the personal lose her family have suffered through. When the friends meet Kevin (Tumarkin) the plans change from Tel Aviv and the three head to Jerusalem. As we see the two girls enjoying the party life through annoying shaking cam because of the glasses Sarah is wearing throughout.

So, after 50 minutes the girls find themselves in the middle of a terrorist attack on the city and the residents need to leave as fast as possible as the city is under attack from monstrous creatures from hell.

Characters/Performance – Sarah is travelling with her best friend to help her recover from the death f her brother, we don’t actually learn much more about her other than she wears the annoying shaky cam. Rachel is the best friend who wants to party and that is all we learn about her character. Kevin has been studying different religions and gets scared first, that is his character. As you can tell here we don’t get much development in our characters.

Performance wise, well with bad characters comes poor performances because the stars just don’t have anything to work with when it comes to making us care about the characters involved.

Story – The story takes about 45 minutes before we get close to the horror part, yes that long and then it falls into the lets run from monsters while slowly getting picked off as we watch in shaky cam mode. I will praise the idea behind this film as I do think it is an excellent concept but I don’t think found footage works for it.

Horror – The horror takes a while to get going, but as soon as it does we get a look at what could be considered hell.

Settings – Having the film set in Jerusalem works because the films story is based on a term from the bibles of the world.

Special Effects – The effects do look good but are slightly too good for found footage films. 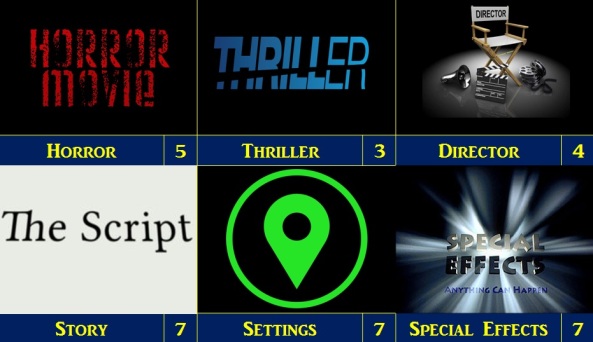 Final Thoughts – I did like the concept behind this film and I am a fan of found footage, but this film could have easily been a better non-found footage film that didn’t get annoying sucking us out of the story.

Overall: Great concept that loses everything when it comes to the found footage angle. 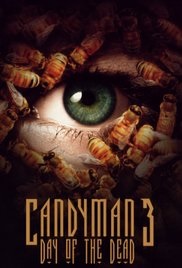 Plot: The Candyman is back, trying to convince his descendent, an artist, to join him.

Story: Candyman: Day of the Dead starts with a random bathroom scene, a big ass bathroom a normal person would never have when a random girl gets a visit from the Candyman without saying his name, I feel like I am not going to like this film.

Ok turns out the random girl is our leading character Caroline (D’Errico) the great, great granddaughter of Daniel Robitaille (Todd) who is all grown up now and is honouring his art in a gallery back in LA. This time we get the backstory once again changing the time of the death of Daniel and the rise of the Candyman.

After Caroline gets pushed into calling the Candyman five times she starts finding herself haunted by him as he has returned to continue his bloody trail of horror. Caroline must work with David (Garcia) to stop the Candyman after the first murders happen, can she put her descendant to rest once and for all?

Thoughts on Candyman: Day of the Dead

Characters/Performance – Candyman is back, don’t ask me how he is back but he is, he still continues to be creepy throughout the film which is what we want and willing to kill anyone in the most brutal way. Caroline is the daughter of last leading lady Annie that works to help remember her great great grandfather. David is also involved but turns into bait.

Story – The story here continues to confuse because it was made clear the curse was over but No, it is still happening and the time jump to the adult version of the child in the end scene doesn’t help either. We do have mostly more of the same Candyman wants to swap souls with his selected woman killing anyone else. The story is filled with painful stereotypes and instead of growing the story we just get boobs this time around.

Fantasy/Horror – The fantasy side of this story is nearly all but gone now with the only horror in this film being the acting.

Settings – We are back in LA now, because what the hell and the Candyman legend is even celebrated in this town now, sure why not it doesn’t help the film in anyway though.

Special Effects – I don’t think there was much of a budget for special effect because they all come off badly in this film. 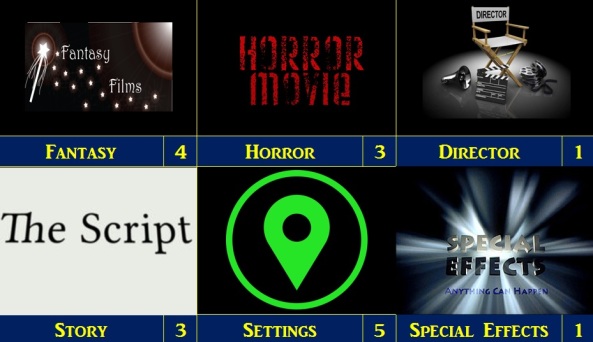 Final Thoughts – This was a dreadful third instalment of the franchise which I did enjoy until now, the acting is so bad, the director just gave up on storytelling and went with boobs as we end up with nearly every female cast member topless at some point.

Overall: Terrible ending to this franchise.