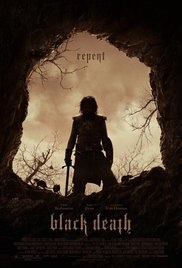 Plot: Set during the time of the first outbreak of bubonic plague in England, a young monk is given the task of learning the truth about reports of people being brought back to life in a small village.

Story: Black Death starts with the plague sweeping across England, a young monk Osmund (Redmayne) is starting to question his own faith when the chance to join a group of soldiers led by Ulrich (Bean) who are requesting a man of faith on their latest mission. Ulrich and his men of colourful characters, that include a torturer, a family man and a man who would be happy to cut someone in half.

The mission is to search for a small group of people who don’t have the Black Death but are meant to be using the dark arts and sacrifice to keep them safe. As the journey continues the group learn that the plague isn’t the only thing that could kill them.

Characters/Performance – Ulrich is a leader of soldiers who fight against the unholy for the bishop’s cause, he takes his work seriously and will kill anyone who crosses him or his men. Osmund is a young monk who has given his heart to a woman who gets stuck between his own faith and the woman he loves. Langiva is the leader of the small village who has the power to bring the dead back to life using her own ways to tempt the men away from their God. The rest of the soldier all fit the generic requirements with the villagers also fitting in them too.

Performance wise, Sean Bean is the star performer here showing he can carry any film, Redmayne is good but you can see how he was still learning with this performance, while Carice van Houten does make for a good seductive villain.

Story – Looking at the story, we get elements of how the world feared the Black Death and would turn to God or lose faith in him all together turning to another form of belief. That is the core part of this film as the soldiers refuses to give up on what they have come to believe to stop what is meant to be a wave of terror surrounding a small village. This does everything it needs to but does have moments that could come off original but others that you could see things coming.

Action/Horror/Mystery – There is small bursts of action mostly sword fighting, the horror comes from what could be happening and any torture scenes which are all off camera torture, the mystery does keep us going as we are left to wonder what is the truth.

Settings – Each setting makes us feel like we are in the current time this movie is set which is during the Black Death which is all we require and isn’t over used for any added horror.

Special Effects – The special effects are mostly practical ones when it comes to the deaths, torture and potential witchcraft going on through the film. 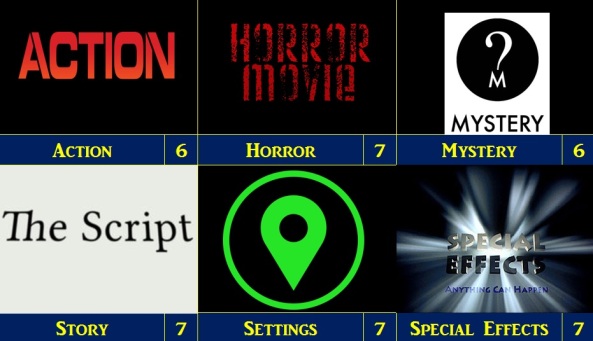 Final Thoughts – This is a good medieval horror film, it does look at the idea of religion being good or bad as well as how deeply away from it you could go. It is also good to see a young Eddie Redmayne in one of the leading roles.

Overall: This is a film well worth checking out even if it isn’t the absolute best in the genre.