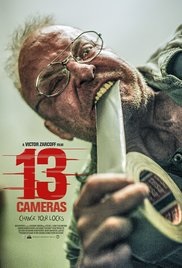 Plot: Claire and Ryan, a newlywed couple, move into a new house across the country, only to find out that their marital issues are the least of their problems. Unbeknownst to them, Their grim and lascivious landlord has been spying on them from day one.

Story: The Landlord starts with newlywed couple Ryan (McCabe) and Claire (Moncrief) moving into their newly rented house from their landlord Gerald (Archambault). With Claire expecting their first child this new home feels like it is going to be perfect for them.

Gerald has other plans as he has set up spy cameras all over the house wanting to catch all their intimate moments and we learn early on that Ryan has been cheating on his wife with his assistant. When this affair blows up in Ryan’s face he battles to keep his marriage together while Gerald continues to make improvements to the house as we learn what he is all about.

Thoughts on The Landlord

Characters/Performance – Gerald is the creepy landlord lacking all the social skills to go through life. He installs spy cams in the house he is renting out to keep his twisted needs satisfied. Claire is the pregnant wife that moves into the house with her husband and takes an instant dislike to Gerald. Ryan is the husband that has been cheating on his wife and needs to find a way to save is marriage when it all gets exposed. It is hard to supporting Ryan because of the way he treats Claire.

Performance wise, Neville Archambault is creepy from start to finish in this film. PJ and Brianne do a fine job without over acting just looking like a normal dysfunctional couple.

Story – The story does keep everything simple because it circles around the idea of a normal family life being watched by a psychopath pervert. It keeps us thinking it this could happen to anyone which does add to the horror but most of the outcome of the film is pretty routine to say the least.

Horror – The horror in this film shows us just how we don’t know what our landlords could be up to, being watched is a general good element for horror and this does what it needs to through the film.

Settings – Nearly the whole film is inside the house because it shows how the family is being watched. 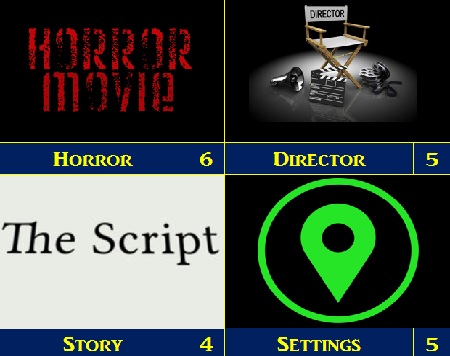 Final Thoughts – This does have good elements for horror but this sub-genre in horror has started to become very predictable and this one is no different. 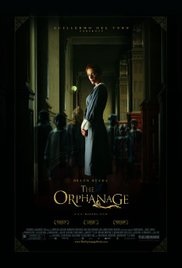 Plot: A woman brings her family back to her childhood home, which used to be an orphanage for handicapped children. Before long, her son starts to communicate with an invisible new friend.

Story: The Orphanage starts as Laura (Rueda) Carlos (Cayo) and their son Simon (Princpe) return to the Orphanage where Laura grew up in to adopted other children with handicaps. While getting the house prepared we learn that Simon has a HIV but just like every child is happy to make new friends in the strangest of locations.

Simon’s new friend is Thomas who during the opening of the home turns up to be real but this leads to Simon going missing and we watch how Laura and Carlos go to all the lengths they can to find their own adopted son whose disappearance goes deeper into the history within the orphanage.

The Orphanage gives us one of the most beautiful ghost stories ever put to film, with such perfectly placed music and most importantly no unnecessary horror. We do get elements of a ghost mystery film which of course you all know is my favourite sub-genre of horror film but this more about the relationship between a mother and her adopted son. This film will break your heart but somehow leave you with a smile on your face with the final shot. There really isn’t a single bad thing to say about this film because it is a near perfect class on story telling.

Overall: One of the most perfect ghost stories ever put to film. 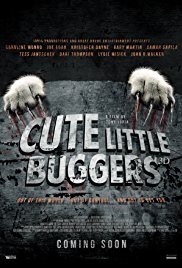 Plot: When hostile aliens crash land on local farmland the villagers at the summer ball get suspicious when young women start going missing. The villagers soon band together around our hero Melchoir to fend off the invaders and bring back peace to the sleepy English countryside!

Story: Cute Little Buggers starts as an alien race look to use Earth to repopulate their species, by taking women but using rabbits as they can breed quicker to capture the women. We move to a small English countryside village which is preparing for their summer ball.

When Melchior Haslam (Dayne) returns to the village he must look to build the burnt bridges but when the women start going missing and the men turn up dead the rabbits are becoming deadly hunters.

Characters – Mystic Mary sense the evil heading towards the people in the village, we only have scene with this character in. Randy Rocksoff is the cowardly celebrity hired for the event who shows his true colours when the rabbits attack. Melchior is the returning local that learns the changes in the village, so we as the audience get an excuse to meet all the characters. He steps up when the attack happens to be the hero the village needs.

Performances – The performances do all work for the film, moments in the performances are overacted but that helps the comedy, while most of the women show just how this village seems to have the most beautiful women around in.

Story – The story uses the idea of alien kidnapping women to have their babies and using rabbits as their defence and capture devices. This does sound ridiculous for sure but for a horror comedy it works, we get plenty of innuendos and bad puns, but again that works for the comedy for the film. This is a watchable story as long as you go in looking to watching something that is crazy and over the top.

Horror/Comedy – The horror comes from the crazy blood splattered deaths going on with the comedy coming from the idea of the film and just how farfetched it sounds.

Settings – The settings keep us in a small village where everybody knows each other secrets, so the true colours come out when things get out of hand.

Special Effects – The film has a budget of £25,000, for the budget that size the effects are high standard when it comes to the rabbits. 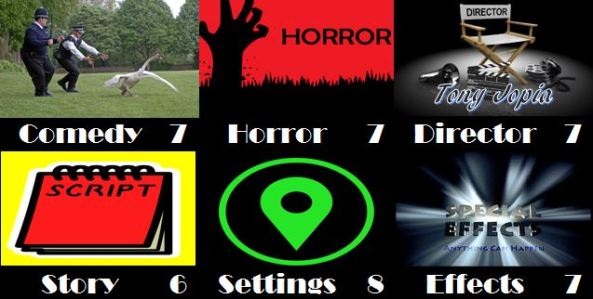 Scene of the Movie – Panic at the Summer Ball

That Moment That Annoyed Me – We have too many characters introduced just to be an extra kill.

Final Thoughts – If you want to see a micro budget horror with a good couple of laughs but not one to be taken too seriously, you will get a kick out of this one.

7.    Pirates of the Caribbean: Salazar’s Revenge

Favourite Film
I Am Heath Ledger 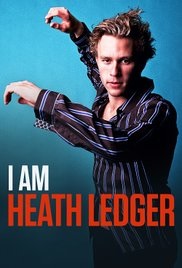 This documentary looking into the late actor’s life is interesting as we learn more about what he was like off the camera, all this becomes fascinating to watch. 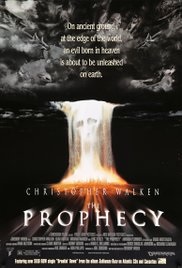 This film has the most potential, it could go in so many direction but ends up missing too many of those marks.