Plot: An elderly woman battling Alzheimer’s disease agrees to let a film crew document her condition, but what they discover is something far more sinister going on.

Story: The Taking of Deborah Logan starts as the film crew Mia Medine (Ang), Gavin (Gentile) and cameraman Luis (DeCarlos) head out to record the Logan family with Sarah (Ramsay) arranging it all for the interview of Deborah (Larson). The concept of the documentary film is to study how Alzheimer’s diseases effects the victim and the family around them. When even stranger events than the effects of the disease start happening, the doctors are just as confused what is causing the problems with Deborah’s behaviour. As the days and night continue the events become strange and even more interesting as a link to a past unsolved case could hold the truth to what has been going on.

The Take of Deborah Logan is a found footage film that makes sense for the recording to continue as it starts off as a documentary about illness and solving the situation once it hits the supernatural side of everything. The horror side of the story comes through very strong throughout the film as we see just how far into the truth we go and the ending will leave you even more shocked than you could have imagined.

Jill Larson is truly terrifying in the title role with Anne Ramsay giving us a good performance as the one trying to care for her mother. Michelle Ang is good as the journalist looking for a story that actually cares for the family enough to risk her own life which comes through in her performance but it is this film where the men are written quite weakly with none of them getting too involved with the final outcome of the story. this is a horror that is filled with shocks and the final one is one of the most shockingly terrifying ones in recent cinema.

Overall: Horror that builds and builds till the shocking ending. 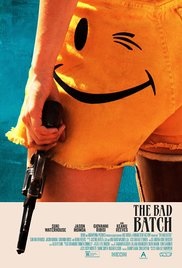 Plot: A love story set in a community of cannibals in a future dystopia. In a desert wasteland in Texas, a muscled cannibal breaks one important rule: don’t play with your food.

Story: The Bad Batch starts as Arlen (Waterhouse) leaves her facility heading into the dystopian wasteland to fend for herself, but it doesn’t go well because she gets captured by cannibals who take an arm and a leg off her for food. Arlen isn’t going out without a fight though because she fights her way out before getting rescued by the Hermit (Carrey), who takes her to a friendly community.

5 months past and with a fake league passed onto her Arlen continues to explore the wasteland when she can until she finds a person from the area to which she kills her but takes in the child with them Honey (Fink) back to Dream’s (Reeves) compound, which drives Miami Man (Momoa) into his own journey in search for his daughter. When Miami Man and Arlen team up in the wasteland we learn that both sides of the battle are not as similar as we might think.

Thoughts on The Bad Batch

Characters – Arlen gets removed from the facility she was raised in to fend for herself in the wasteland. She doesn’t do to well to start with but she does show the fight required to survive in after having her arm and leg taken by cannibals. We follow her through the wasteland and the communities that are at war with each other. Miami Man is one of the cannibals, his daughter gets taken which forces him to need to work with Arlen to get her back even though he is at war with the community she is part off. The Dream runs his community, he keeps his people happy even if it involves them having to take drugs and he becomes somewhat of a cult like leader. This wasteland is filed with colourful characters for us to watch Arlen meet.

Performances – Sukie Waterhouse is great in this leading role through the film, she shows the strength even when her character has an image of looking damaged. Keanu Reeves and Jim Carrey both show they are enjoying smaller roles in films where they can still shine even just for a moment. Jason Momoa is great too showing us once again that he will be around for plenty of years.

Story – The story puts us into a dystopian world where our leading lady must learn quick about the sides she can or can’t trust. It shows us how not every first impression is the right one and that we can have a wild adventure with colourful characters in a wasteland. The story does have a feel of how Turbo Kid without all the nostalgia behind it too.

Horror/Sci-Fi – The horror side comes from the inclusion of cannibals in this sci-fi world which dysphonia world we enter.

Settings – The world we are using look fantastic with the dystopian future that we don’t need to learn why it is in the state it is in.

Special Effects – The effects are all practical and are used excellently to show Arlen after what happens to her in the opening sequences.

Scene of the Movie – The shock value of the opening capture.

That Moment That Annoyed Me – The film does feel slightly too long for the story it is telling us.

Final Thoughts – This is a stylish sci-fi horror that fits the world we are thrown into perfectly even if the film can feel longer than it needs to be.

Overall: If you want a sci-fi horror that is filled with style this one stands out this year. 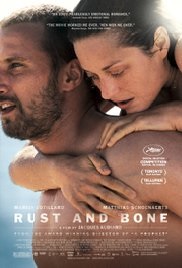 Plot: Put in charge of his young son, Alain leaves Belgium for Antibes to live with his sister and her husband as a family. Alain’s bond with Stephanie, a killer whale trainer, grows deeper after Stephanie suffers a horrible accident.

Story: Rust and Bone starts Alain (Schoenaraerts) moves to start a new life with his son Sam (Verdure), he moves in with his sister Anna (Masiero) until he can put enough money together. Working as a bouncer he meets Stephanie (Cotillard) after a brawl at his club. The two become friends after Stephanie a worker with killer whales suffers a tragic accident losing both her legs leaving her in deep depression. As Alain finds a way to bring the life back into Stephanie he looks to improve his financial situation by entering a kick boxing tournament which could help himself and Sam find their own place. The closer the two get the happier Stephanie finds herself with her new chance at life showing you can get anything out of a tragic event.

Thoughts on Rust and Bone

Characters/Performance – Stephanie works in an ocean tour park with killer whales but when she is involved in an accident she finds herself needing to start her life again. She dives into depression but a new friendship offers her a new look on life. Alain is a single parent not having much luck on the job front and ends up getting involved in underground fighter for quick money. He befriends Stephanie as he gets to see another way of life where he could settle down giving his son a stable future.

Marion continues to show her ability as an actress with this brilliant performance showing all the emotional levels need for her character. Matthias also goes a fantastic job here showing he is just as capable as Marion.

Story – The story shows how two people can overcome problems in their lives, be it Stephanie’s life changing injuries or Alain needing to make a life for his young son. With this we get to see how a relationship between these two can motivate the two to make more of their lives and still enjoy the rest of their lives. It shows how you can’t let anything stop you doing what you want in your life.

Romance – The romantic side of the film comes from the potential relationship the two could find themselves in, Stephanie wants something serious while Alain is happy sleeping around but can they put this aside and fall in love.

Settings – When you look at the settings most of this film is considered normal for the most part, they all have simple and do what they need without being anything special. 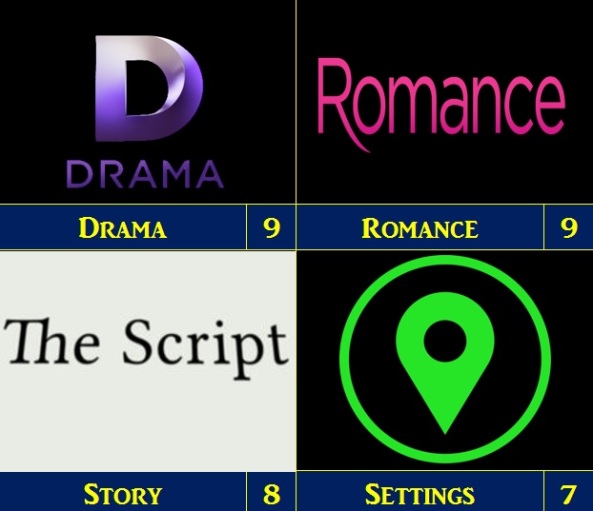 Final Thoughts – This is a wonderfully shot drama that gives us two heavyweight performances and a story that shows you can overcome any injury suffered.

Overall: Wonderful film for all the drama fans out there to go and watch. 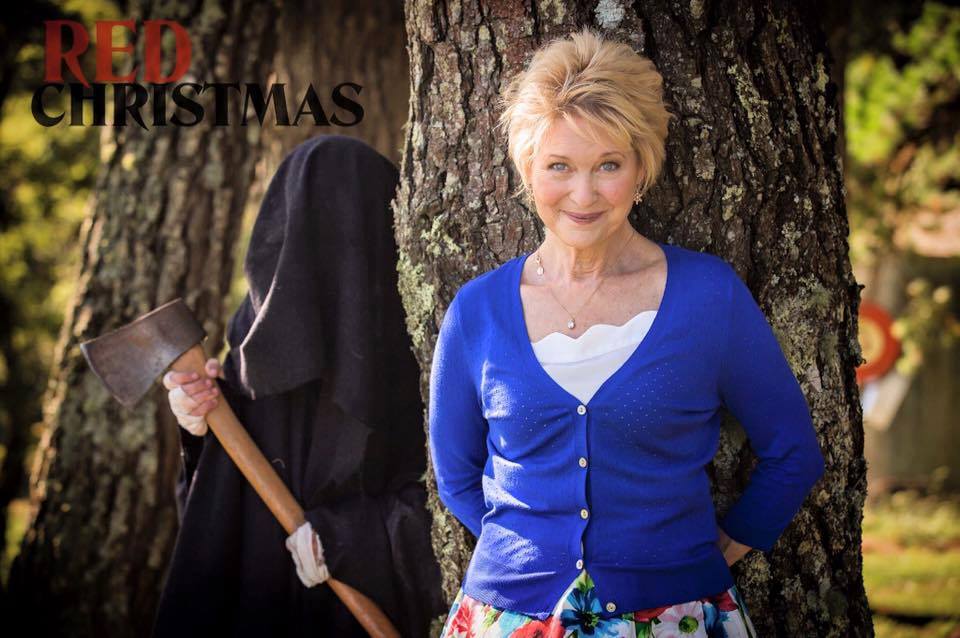 Genre icon Dee Wallace (The Hills Have Eyes, The Howling, E.T., Cujo, Critters) stars in a critically acclaimed role as the stressed-out mother of a squabbling family, gathered together in a remote Outback estate on Christmas Eve.  Their petty dramas threaten to blacken the holiday until a mysterious and deformed stranger appears at the door seeking bloody vengeance.

RedChristmas_clip_cletus from artsploitation on Vimeo.