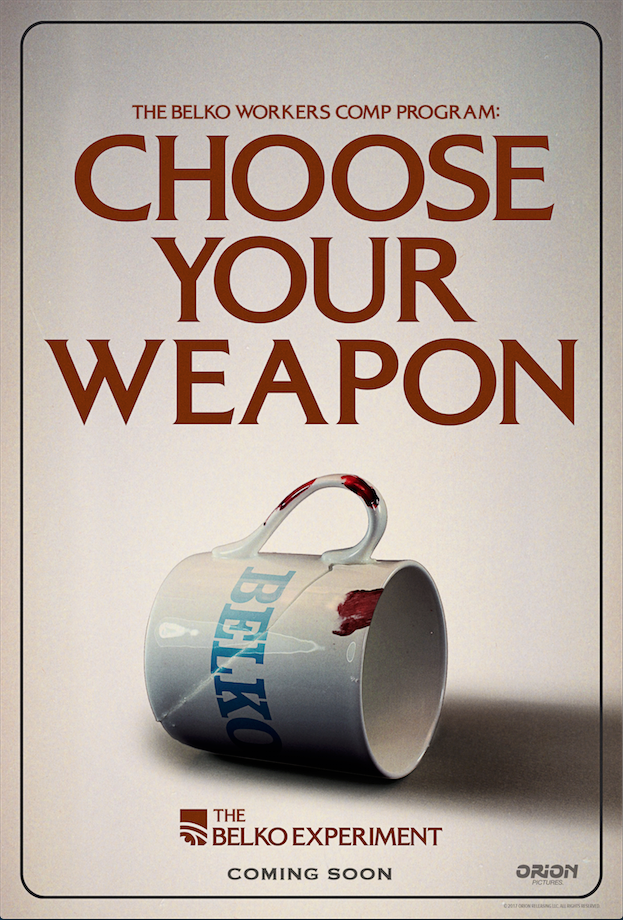 In a twisted social experiment, a group of 80 Americans are locked in their high-rise corporate office in Bogotá, Colombia, and ordered by an unknown voice coming from the company’s intercom system to participate in a deadly game of kill or be killed in order to survive. 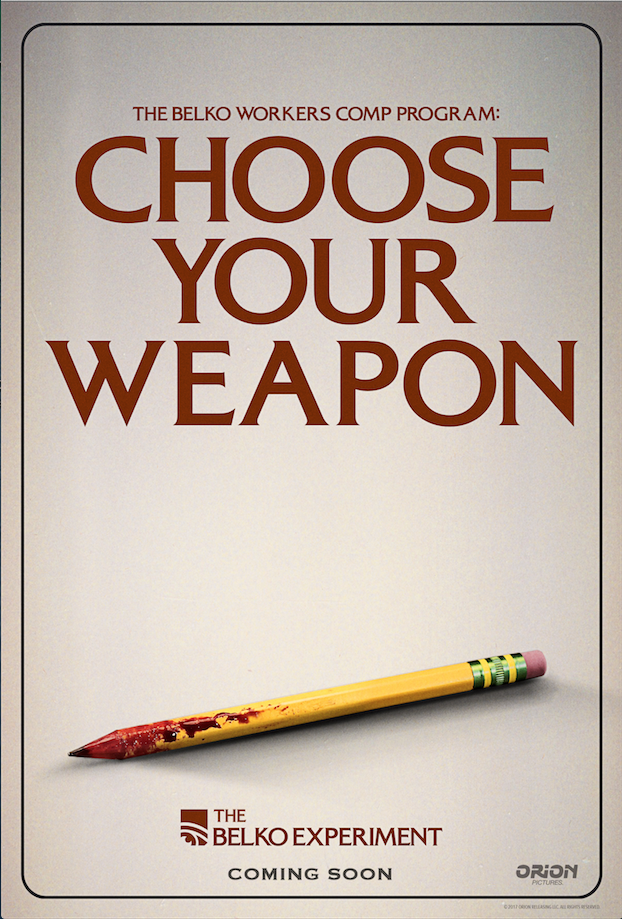 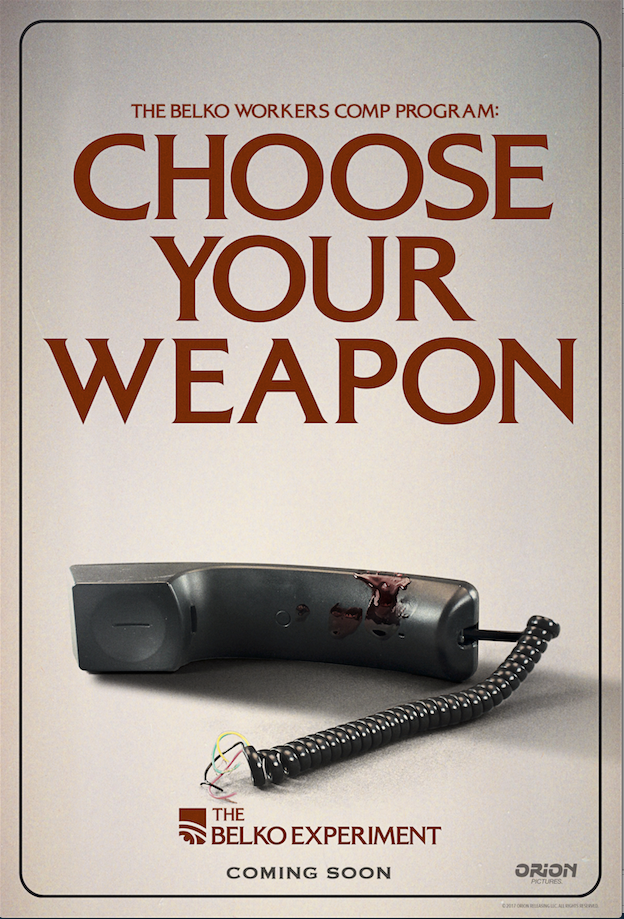 Sprung from the mind of acclaimed filmmaker James Gunn and directed by Greg McLean, The Belko Experiment raises provocative questions while offering a black-humored thrill-ride that pushes ruthless corporate behavior to terrifying extremes. 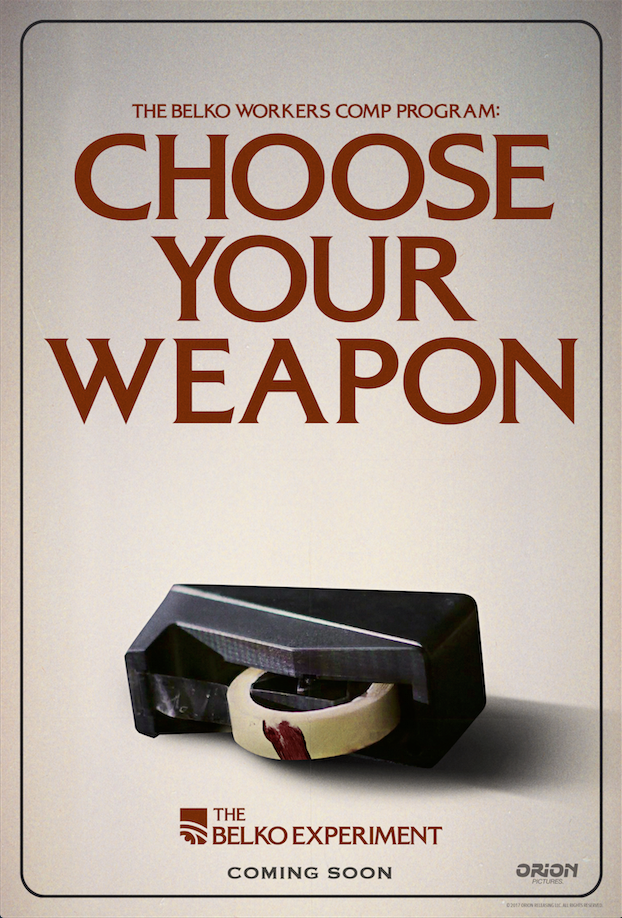 When office workers arrive for work at Belko Industries’ isolated high-rise campus outside Bogotá, Colombia, the morning starts much like any other. Mike Pelk (John Gallagher, Jr.) smokes weed in the bathroom and flirts with his beautiful officemate Leandra (Adria Arjona) while new employee Dany Wilkins (Melonie Diaz) settles in for her first day on the job. Everything changes when an anonymous voice comes through the intercom speakers ordering employees to kill two of their colleagues within 30 minutes. Many of the 80 employees assume the order is a sick joke, even when steel-plated doors snap shut sealing off all windows and exits. When they fail to comply before the half hour is up, the heads of four randomly chosen office workers explode. Panic reaches a fever pitch when the disembodied voice issues his next command: thirty people must be killed within the next two hours or 60 people will die. Belko COO Barry Norris (Tony Goldwyn), a former Special Forces operative, commandeers a vault filled with guns, assembles an ad-hoc death squad and begins executing elderly and childless employees. In the ensuing melee, ordinary office workers including stoner Marty (Sean Gunn), nerdy Keith (Josh Brener), creepy Wendell (John C. McGinley) and maintenance guy Bud (Michael Rooker) reveal their true colors.