Over the years we have had so many films revolving aliens, be it them invading Earth, visiting or just whacky space sagas. The alien characters have become iconic in cinema because of the mystery surrounding outer space so today we are going to look at our favourite film with alien(s) as the main part of the film. We are selecting this to celebrate the release of Independence Day: Resurgence.

If you want to enter the next round of Opinion Battles we will be looking at our favourite Leonardo DiCaprio roles, if you want to enter send your choice to moviereviews101@yahoo.co.uk with closing date being Sunday the 10th July 2016.

I have chosen Independence Day because it is easily the film I have seen the most, the idea that aliens have come to destroy the world is one of the biggest fears of trying to communicate within space. We have the cheesy lines, great action and one of the best Presidents in film history. The aliens come off generic they also come off threatening especially with the scene when it communicates with the President. This is one of the films I could watch over and over which is always good in a film.

One of the more recent alien movies that I saw but such a perfect mix of humor and thrills to make it a really great movie.  Its one of those movies that remember that sometimes bringing it right back to a simple location and dial it to easy logic can make it all work out for the better. 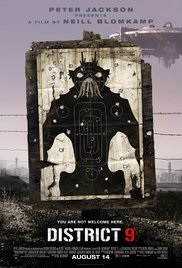 A wonderfully unique piece of filmmaking told in faux-documentary style, “District 9” is visually amazing, it is expertly filmed and the performances are genuine and believable, with Sharlto Copley in his excellent debut as weasel-y South African bureaucrat Wikus.
As for the aliens themselves, they are perfectly designed and we are clearly able to gauge their feelings and thought processes simply by looking at them. It is also refreshing to see that in a film that features both humans and aliens, it is the humans who are the villains, while the “invaders” get a great deal of our sympathy.
District 9 – a fascinating, exciting watch.

Favorite Alien movie is a tough question. There are so many good ones like ET, Alien and Aliens, and even the recent Midnight Special. Even Superman you could make an argument for. But I’m going to go with a smaller choice and talk about Disney’s 42nd animated classic Lilo and Stitch. It’s a very special movie in the Disney canon for a lot of reasons and it is one that has had to grow on me over the years. If you don’t know it tells the story of an alien named Stitch who is designed to kill and destroy.  This alien ends up in Hawaii and he meets a lonely little girl named Lilo. Lilo has lost her parents and her sister Nani is trying desperately to keep her family together.  Then Stitch comes into their life and causes even more chaos. I still wish they hadn’t designed Stitch to look like a cockroach but it’s grown on me. There is so much heart in this film. For once you have a Disney movie that isn’t about a young adult romance. This is about a little girl who is weird and quirky and is understood more by a destructive alien than her peers. I love that.  Also, the message of ohana or nobody being left behind gets me every time. It’s very moving and the watercolor look to the animation is beautiful. An underrated Disney gem about an alien! 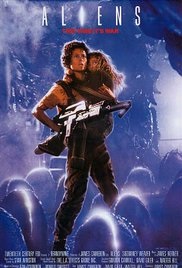 My favorite alien based film is ALIENS!!!! I’m pretty obsessed with both Alien & Aliens but, for this, I have to go with my heart & choose the sequel even though I think Alien is the better “film” (I assume I can’t choose both). 😉 I was just the perfect age for Aliens & must have watched it at least 50 times at the age of 14/15. Ellen Ripley is a kick ass female character & there’s still nothing that comes close to topping H.R. Giger’s brilliant Xenomorph design. Both movies are perfection to me. 🙂

Under The Skin isn’t the typical alien movie you would normally encounter. Personally, I love how all its quirky,depressing,fatalistic and tragic nuances. Before this, I couldn’t fathom how an ‘alien’ based movie could go off into such a deep exploration of the human condition…through the eyes of an alien. Forget about guns blazing,green slime,baby alien shells,motherships and war between the worlds. This alien film is all about delving into the psyche and provoke questions about our human condition,our feelings,bias and flaws. Never have I felt as much for the alien (Scarlett Johansson) as she roams Scotland,trying to figure out more about her existence. Philosophical and at times a little to heavy on the artistic, Under The Skin is no doubt the most inventive and affecting alien film there is to date-and probably ever will be.
Fun fact:Most of the actors didn’t even know they were acting because the sequences where ScarJo’s character picks up men on the streets with her van(and their interactions) were purely spontaneous. Nothing’s scripted. Just another awesome reason why this is simply the best alien film.

While I (like most) have a soft spot for E.T., my preferred alien movie is James Cameron’s awesome sequel to Alien, appropriately titled Aliens. Not only is the title genius, considering the alien count increases from one to hundreds, but Cameron retooled the franchise from a shadowy horror hunt to a shoot-‘em-up action extravaganza that still nails the moments of horror. Scenes like the facehuggers in the sealed room or that alien rising from the water or the countdown to destruction and last-minute escape are burned into my memory. It also manages humanity in Ripley’s bond with young Newt, earning Sigourney Weaver an Oscar nomination, which was rare for such a film. I seem to appreciate Aliens more with every viewing, and it never gets old.

Now you may say that this is cheating ’cause it’s about the humans but the reason I love this film is because of Yoda. He has all the quotable lines, “Do or do not, their is no try.”, his puppetry from Frank Oz looks almost realistic and he is the best mentor Luke could have. He’s not just a generic “You must learn the force” and then  helps him do that character,he gets angry with him and he sometimes feels more human than some of the one-off human characters. 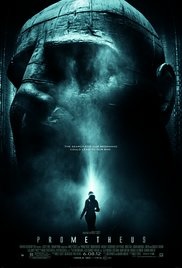 ”Prometheus” takes us back to the time before Ridley Scott’s ”Alien”. It fills in a few gaps for us as fans of the franchise and opens all sorts of curious new doors. The crew of a ship named ”Prometheus” is headed to another planet that has some of the features of Earth and is able to sustain life. When they get there they find cave drawings and dead bodies of ancient creatures that died around 2,000 years prior. One cool piece of trivia is that the cave paintings are derived from and include some of the actual cave paintings from Werner Herzog’s documentary ”Cave of Forgotten Dreams”. In discovering these giant caverns, they set off dormant alien life that was meant to destroy humanity. This was not the life of their creators but rather created beings to destroy humanity. It is evident that “the engineers” or, those who created humans didn’t really care much about us and in fact decided we were destroying Earth’s environment to we therefore needed taking out. To me this is the best alien movie because these are the aliens that birthed the first aliens we see in the most famous alien movie of all time.

It was a close one between the original and the sequel for me as I loved both. I chose the original because it was an incredible watch, and I remember the first time I watched it. I was in awe, and Sigourney Weaver was perfect. Plus the Alien is pretty much what I think of if someone mentions extra-terrestrial or an alien! 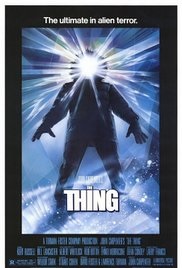 I love The Thing mainly because it’s a great horror film, it has unforgettable, amazing effects and I love the isolated feel and mistrust among the characters. My dad loves this film too and we’ve always enjoyed watching it together. I love the soundtrack scored my Ennio Morricone too – for me, this film is the whole package! 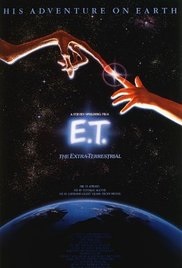 E.T. – such a heartwarming movie that made everyone who sees it love it.  The friendship created between ET and Elliott is such an amazing bond and still reverberates almost 35 years after it came out.  Many have tried to copy the idea, and most have failed.  Spielberg just knew how to do it right!

Aliens is such a great film for several reasons.  The big one is that it doesn’t try to replicate what made its predecessor, Alien, successful.  Instead, it forges its own path, not even being in the same genre! Rather than trying to make another great sci-fi horror film, Aliens honors what came before and builds on the mythos in an exciting, action packed way. Plus, it establishes Ripley as a certified bad-ass. Sigourney Weaver is perfect as Ripley, being able to be equal parts alien ass-kicker and caring mother. There is so much to love about Aliens, making it my favorite alien based film.

Daniel – A Tale of Two Dans

It’s in the title… and it’s the best female action hero ever. What a movie!

10 comments on “Opinion Battles Round 13 – Favourite Alien Based Film”