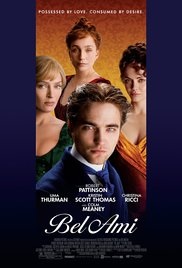 Plot: A chronicle of a young man’s rise to power in Paris via his manipulation of the city’s wealthiest and most influential women.

Story: Bel Ami starts in Paris 1890 as we follow Georges Duroy (Pattinson) a man that starts at the bottom given a chance to have dinner with the upper classes the Forestier’s Madeleine (Thurman) and Charles (Glenister). On this dinner date he meets three members of the upper class Virginie (Thomas) Madeleine and Clotilde (Ricci) as Georges plan gets put into place.

Georges finds himself using this woman to get their husbands choice put in place with the first being Clotilde.  Georges is trying to climb the social ladder in Paris and with the women on his side he can go right to the very top.

Bel Ami is a film that is all about the ups and downs of a peasant trying to rise through society. It really all comes down to a lot of costume fluff that goes nowhere fast and ends up being plain. This is one for the fans for period piece films but if they are not your thing you will not enjoy.

Robert Pattinson: Georges Duroy is the peasant in France that get remembered for his time in the war, his new found fame leads him into entering the higher classes of Paris as he learns that woman control the decisions of their husbands. Robert is solid in this role but he doesn’t seem to nail an accent through the film. 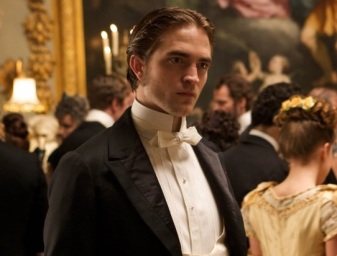 Uma Thurman: Madeleine Forestier is the wife of the man that first brings Georges into the high society, she helps Georges with his education while becoming one of the ladies in his life. Uma does a basic job in this role but like Robert never really nails an accent.

Kristin Scott Thomas: Virginie Rousset is another member of the upper class in Paris, she takes a shine to Georges along the way up the classes. Kristen is solid but we don’t see enough of her character until later in the film.

Christina Ricci: Clotilde de Marelle is the first of the ladies to take up the adulteress ways with Georges as the two have a whirlwind affair behind her husband’s back. Christina is solid in the supporting role of this film being the only interesting character.

Support Cast: Bel Ami has a supporting cast that all end up being forgettable and mostly the husbands.

Director Review: Declan Donnellan, Nick Ormerod – The pair give us a basic period piece that will keep the fans happy without being memorable.

History: Bel Ami puts us in the 1890s for the film I don’t know how actuate the film is though.

Settings: Bel Ami puts us in the settings of the time in question without being anything special.

Suggestion: Bel Ami is one for the period piece fans to try but otherwise avoid it. (Period Piece Fans Try) 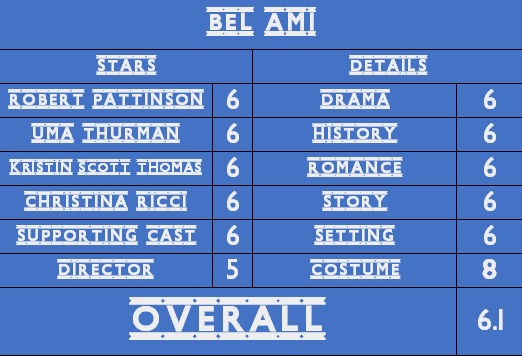