Plot: When a strange virus quickly spreads through a safari park and turns all the zoo animals undead, those left in the park must stop the creatures before they escape and zombify the whole city.

Verdict: So Much Fun

Story: Zoombies starts by inviting us all into the newly opening Eden Wildlife park where endangered species are taking to be cared for, now it is getting ready to open to the public. Just on the verge of grand opening a virus has hit the zoo that has turning the Spider Monkeys have become infected that turns them into zombies.

We move onto meet Dr Rogers (Nielsen) who is introducing her interns to their departments at the zoo. Dr Rogers has to keep her daughter Thea (Nestor) on this visit who has grown up with different animals on the zoo and is perfectly happy there. We get the tour of the zoo along with the interns with head of security Rex (Anderson) and his new member of staff Lizzy (Butler) having to figure out what is happening with the alarm.

When the monkeys escape the zoo gets put on full lock down as Rx and his team try to catch the monkeys before they spread the virus. Who will make it out of the zoo alive?

Zoombies is a fresh twist on the zombie genre, instead of it being the humans getting infected it is the animals that become zombie like. We do get the standard survival side of the story with typical characters in the story. This is one of those film you need to go in knowing it won’t be serious and is one that will be enjoyed it you do. This is so much fun without being a classic.

Ione Butler: Lizzy is the newest member of the security team, she sees the job as a chance to work away from humans. She is as tough as they come and a match to taking on the animals. Ione is good in this role as the tough security guard that shows strength when needed.

Andrew Asper: Gage is one of the interns on the first day at the zoo, he is meant to be working with Dr Rogers but ends up finding himself having to work with the security team taking on the animals. Andrew is good in this role where he started off like a character we would hate but grows on through the film.

LaLa Nestor: Thea is the daughter of Ellen who has been interacting with the animals her whole life. She has to be put in danger to make sure that we have a child in peril against the animals. LaLa is good in this role playing the innocent side of the story when the adults are panicking.

Kim Nielsen: Dr Ellen Rogers is the director of the zoo, she also has her own doctorate in animal care and is a single mother. Reaching the opening of her zoo she brings in interns to help but finds herself having to destroy what her family created. Kim is strong in this role where we see her be the leader and filled with morale decisions.

Support Cast: Zoombies has what would be considered typical horror cast that all help even if they do become disposable characters.

Director Review: Glenn Miller – Glenn gives us an entertaining film that is all we want to see from the movie.

Action: Zoombies has good action scenes for all of the animal attacks.

Horror: Zoombies uses a fresh spin on the zombie genre for the horror side of the story.

Sci-Fi: Zoombies puts us into a world where animals can turn into zombies.

Settings: Zoombies keeps nearly everything in the zoo that is away from the nearest town creating isolation for our characters.
Special Effects: Zoombies has effects you would expect to see from the Asylum.

Suggestion: Zoombies is one to try, I do think it is one that can be enjoyed though. (Try It)

Overall: Fun zombie film that turns animals into the zombies.

Jessica Chastain shares the same birthday as myself lucky lady really it is a great day, she is a two time Oscar nominated actress and today I will be picking my favourite five roles.

In what is a dark horror fantasy romantic drama Lucille is a supporting character that really stays on the side-lines until the very important twist in the story. This is very different to the rest of the performance I have selected.

Murph is the daughter of Cooper that has a brilliant mind like him who believes he abandoned her to die on Earth while trying to find an answer. I think the Murph character doesn’t get the praise she deserves because we have to deal with everything Cooper is doing Murph’s story almost gets forgotten.

Melissa is the captain on the mission to Mars who has to make the difficult decision to leave Mark behind believing he has been killed. Melissa has a terrible taste in music but more importantly gives us a strong female character having to make the big decision. 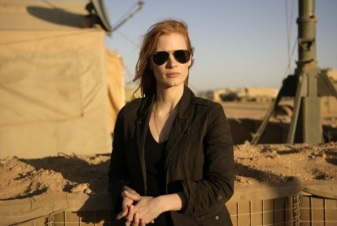 Maya is trying to track down Bin Laden after the 9/11 attacks, she is based on the real person and Jessica makes this role her own. 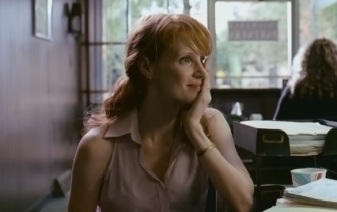 Samantha is the long suffering wife of Curtis who has to deal with his theory the world is going to end. This is a strange pick for number one but this is one of my favourite films. 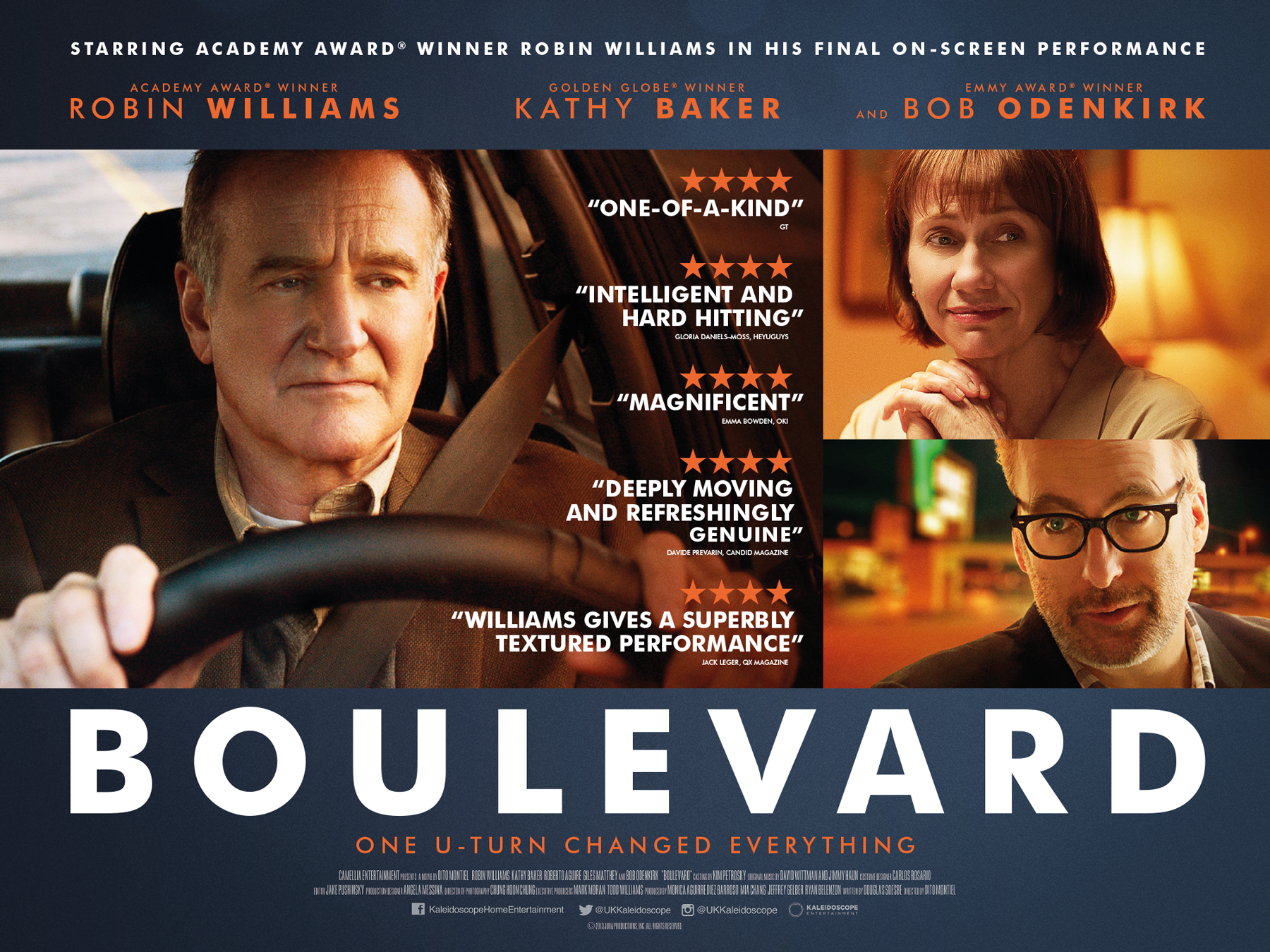 Robin Williams’ last on-screen performance is also one of his finest, in this honest and remarkably poignant bittersweet drama which proves it’s never too late to be truthful to yourself, whatever the consequences.

From award-winning director Dito Montiel, this is a compelling adult drama with a beautifully understated central performance.

Nolan (Robin Williams) is a middle-aged, married banker, whose life is the very definition of average and unfulfilled. One night driving home, he does something impulsive, and picks up a young male hustler Leo (Roberto Aguire); a relationship develops, not based on sex, but Nolan’s loneliness – Leo is ‘just someone to talk to’ he admits. As Nolan becomes more attached to Leo, he puts his married life, and his career, in jeopardy.
Oscar winner Robin Williams, in his final leading role, gives a sensitive, heartbreaking performance as a meek man finally trying to be true to himself after a lifetime of living a lie. A deeply moving and engaging film, examining the complexities of love and relationships, and the difficult choices people have to make, it’s a must for Williams’ fans to see the star in one of his most brilliantly observed serious roles.

Robin William’s role here stands alongside his acclaimed parts in Good Will Hunting, Dead Poet’s Society, One Hour Photo, Insomnia and World’s Greatest Dad – a brave, nuanced performance, made all the more poignant given that it is one of Williams’ last.
Boulevard also showcases a fantastic performance from Emmy-award winning Bob Oderkirk, from Breaking Bad, Fargo and Better Call Saul, as Nolan’s best friend, a wisecracking English professor who feels that neither of them have lived up to their potential; Golden Globe-winning actress Kathy Baker is outstanding as Nolan’s wife, whose powerful, regretful monologue is electrifying.
With the subject matter sensitively handled by Dito Montiel (director of the Sundance hit A Guide To Recognising Your Saints), Boulevard is compassionate, revealing and ultimately uplifting and cathartic without being saccharine, a challenging and enduring drama about living life to the full before it is too late.