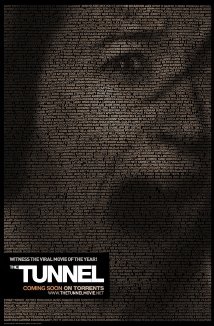 Plot: An investigation into a government cover-up leads to a network of abandoned train tunnels deep beneath the heart of Sydney. As a journalist and her crew hunt for the story it quickly becomes clear the story is hunting them.

Story: The Tunnel starts with the emergency phone from a lady stuck in the tunnel. We move to learn the story about how Australia is looking at solutions for lack of water reserves and how the answer could be with the underground tunnels beneath the cities.

After that story goes quiet a reporter Natasha Warner (Delia) puts together a team Peter (Rodoreda), Steve (Davis) and Tangles (Arnold) to investigate what is in the tunnels, by getting no answers from the Government and connection she decides to take her team into the tunnels as they look for answers, without the required permits.

When Tangles disappears, the remaining three must figure out what to do and with their lights going missing we watch how two of them look back on what happened trying to figure out what they could have done first time around.

The Tunnel is a film that enters into the found footage genre and makes sense, by this I mean that filming was for a story rather than just to be filming. My big disappointment with this film is that we know who survives because they are telling the story like this is a re-creation of the events, even though we see the ‘actual’ footage of the event. The whole film does end up have a true documentary film much like ‘Lake Mungo’ did. I think the creature is brilliant because you don’t fully see it which adds to the horror. When it comes to found footage films you really should give this a watch.

Bel Delia: Natasha Warner is the ambitious young reporter that sees this story as her chance to make an impact, she plays the rest of the team to make this happen. She panics like most people would in the outcome of the events and sadly falls into the damsel of distress. Bel gives us a god performance in this role feeling like a natural character in the events.

Andy Rodoreda: Peter Ferguson is the partner in this story who ends up finding out he has been tricked into going on this story. He wants to be involved in a different but reluctantly accepts the story. Andy gives a good performance even though he doesn’t want to be there.

Steve Davis: Steve Miller is the cameraman of the team who is best friends with Tangles, he is always behind the camera giving his reaction that all seem very really throughout. Steve does good job in this role being the guy you can understand most with his choice.

Luke Arnold: Jim ‘Tangles’ Williams is the sound tech guy who mysteriously disappears in the quest for the story. Luke does a good job in this role even though he isn’t around that much.

Support Cast: The Tunnel doesn’t really have too much of a supporting cast and any we do see only have a couple of scenes.

Director Review: Carlo Ledesma – Carlo gives us a great found footage story that really ends up being a brilliant use of the material.

Horror: The Tunnel takes it time to bring us the horror but once it is upon us it has great scares and terror till the end.

Mystery: The Tunnel brings us a mystery that ends up being the reason for the story being investigated.

Thriller: The Tunnel keeps us waiting to see who will make it out alive by the end of the film, even though we know.

Suggestion: The Tunnel is one of the films that all found footage fans will enjoy simple as that. (Found Footage Fans Watch)

Worst Part: We know who survives.

Similar Too: As Above So Below

Tagline: Witness the viral movie of the year!

Plot: The story focuses on a man who suffers “anaesthetic awareness” and finds himself awake and aware, but paralyzed, during heart surgery. His mother must wrestle with her own demons as a turn of events unfolds around them, while trying to unfold the story hidden behind her son’s young wife.

Story: Awake starts as Dr Jack Harper (Howard) is looking back on patients that he has lost on the operating table and most recently his friend Clay (Christensen). So the film kind of gives away the ending in the opening scene, way to go. Anyway we do move back to see Clay with his girlfriend Sam (Alba) as we learn that Clay is one of the most powerful men in New York but he needs to keep his relationship secret from his mother Lilith (Olin) while he prepares for heart surgery.

When Clay finally tells his mother about Sam he runs off to get married followed quickly by the call for his surgery to happen, saying his goodbyes before heading to the operating table where his nightmare is about to beginning as he suffers from anaesthetic awareness which involves him knowing and feeling everything going on during the operation, which includes the plan to murder him by the very people he trusts.

Awake plays into a real terror of being under anaesthetic and experiencing the surgery. We do get the extra plot twist with it all being a planned murder which is a nice twist and adds to the terror because there is nothing the victim could do. I liked how this didn’t go down the spiritual road when he has his out of body experience we don’t us that to solve the situation the truth gets exposed through human error. Where this could come off disappointing it the fact it starts by saying Clay died on the table which kind of takes away the tension needed for the  final twist.

Hayden Christensen: Clay is a billionaire son in New York, he needs a heart transplant and has befriended the doctor who needs to perform the surgery. He is happily in love with the beautiful Sam and marries her just before his operation. While under the operation he suffers from anaesthetic awareness as he suffers through the pain of the operation hearing how the team is planning his murder. Hayden is good in this role but is helpless through the film.

Jessica Alba: Sam is the beautiful fiancée of Clay who makes him happy with everything in his life, she is a secret to his mother but we learn that not everything is what it seems when it comes from her affection for Clay. Jessica is good in this role as we get to see her in a different light for once. 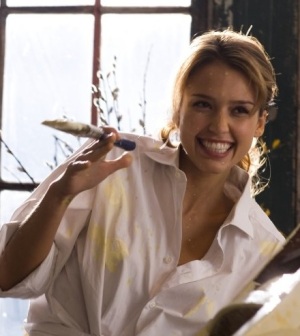 Terrence Howard: Dr Jack Harper is the surgeon that is performing the operation on Clay, the two have become friends but he has a reputation of having malpractice lawsuits to his name. while performing the surgery we learn his true nature. Terrence is his calm self through this film giving us the performance you would expect to see.

Lena Olin: Lilith Beresford is Clay’s overprotective mother who wants her choice of doctor to perform the surgery, she doesn’t approve of his son’s choice of Sam and only wants the best for him. Lena is solid in this role but considering how important she is we don’t see enough of her character early on.

Support Cast: Awake has a good supporting cast that are all involved in the final outcome of the story.

Director Review: Joby Harold – Joby gives us a thriller that plays on a real terrifying moment that keeps us on edge throughout.

Crime: Awake brings us into a crime that looks like it could be achieved by professionals you trust with your life.

Mystery: Awake keeps us wondering to what the motives behind the team the big mystery.

Thriller: Awake keeps us on edge throughout at we see if Clay can make it through the surgery.

Settings: Awake keeps most of the important scenes inside the hospital with on the operation table or the waiting room.
Special Effects: Awake has good effects when it comes to the surgery being performed.

Suggestion: Awake is a film to try, I believe thriller fans will enjoy this one. (Try It)

Worst Part: Giving away the end in the opening scene.

Believability: The surgery could happen but the murder seems too much.

Tagline: When they planned her husband’s murder they never thought he’d be the one.

Overall: Thriller that strikes into a fear into something anyone could have to go through.

What is ‘I Still Know What You Did Last Summer’ Really About?

This is the returning feature that is designed as a bit of fun at the films expense.

First off How long do you want the title to really be, I have read books with less words, granted they were picture books.

Jennifer Love Hewitt in a church confessing killing the man in the first film after he starts haunting her dreams cliché. When it is actually a dream.

Sleeping in classroom nightmare, hey that is Freddy’s trick. 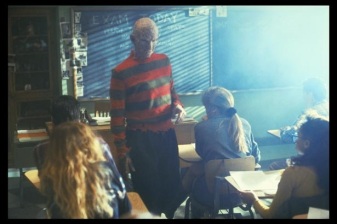 Male character always believes that a girl dreams about showering.

Freddie Prinze Jr returns to the film after his Wife was killed off last time and is too busy kicking vampire ass in Buffy the Vampire Slayer.

Why not just celebrate the fact you killed a man and that man then came and killed you friends than to going clubbing with your new BFF.

Radio contest the girls never entered to name capital of Brazil that they got wrong doesn’t give away the clues.

Hey that is Oscar nominated actors John Hawkes in a supporting role, they all start somewhere I guess. 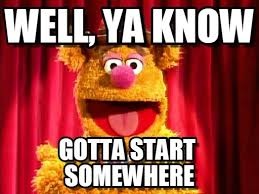 Surprise the love of the life cliché.

Terrible radio singing from John Hawkes while on Road Trip with Ray. 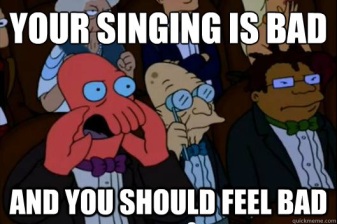 Dead Body in road, Ray parks miles away to investigate. 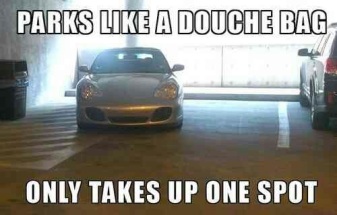 Ray is late maybe dead early on in the film, I bet we won’t see him again.

A film with at least two musicians in doesn’t have them to sing songs.

Jack Black plays a stoner, second time I have said this, they all start somewhere. 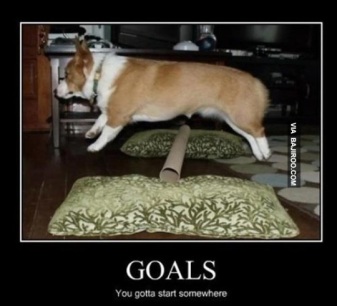 Ringing the bell that an annoying ****.

Cult Horror Icon Jeffrey Combs is in this, well he must be a suspect or have an amazing death. 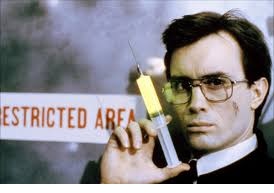 Honeymoon suits in the off season.

Karaoke from the non singer.

I STILL KNOW WHAT YOU DID LAST SUMMER message in lyrics.

Killer is on the island killing innocent employees.

Alien references about not being able to hear someone scream.

Tyrell is getting cock blocked every moment he gets with Karla.

Leading lady shower scene, because teasing the audience is enough.

Perfect timing on body dropping out of nowhere scene.

Trapped on the island because of a storm, well this won’t last much longer then. 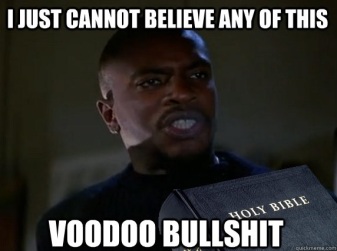 Killer continues to kill innocent people on the island rather than going after his actual target.

It is a good job the killer is wearing a rain coat during the storm keeping him nice a dry as well as cleaning off the blood.

Wait Jeffrey Combs gets killed off camera, really how did you get this wrong.

Jennifer Love Hewitt in a bikini 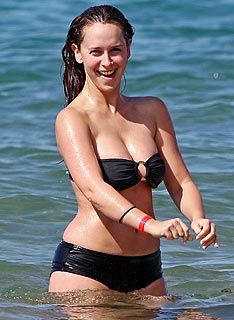 You got the answer Wrong, you were set up.

I have seen no killer before death cliché. 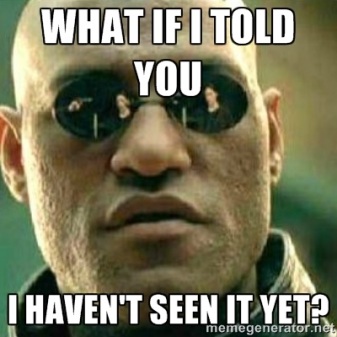 Twist killer, that is terrible play on words. 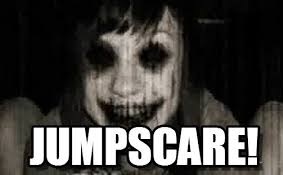 They won’t make another one for sure, well shit.