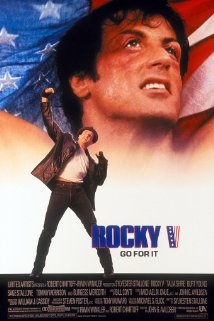 Plot: Reluctantly retired from boxing and back from riches to rags, Rocky takes on a new protege who betrays him; As the champ’s son must adjust to his family’s new life after bankruptcy

Story: Rocky V starts with Rocky (Stallone) struggling after his latest fight with Ivan Drago but he returns home a national hero. Returning home Rocky finds that not everything is going well, he finds out Paulie (Young) has lost all his money leaving him bankrupt and to make matters worse he finds himself suffering from health problems.

With his last property the gym he learnt to be the champion in he meets hunger fighter Tommy Gunn (Morrison) that talks Rocky into managing him. After Tommy turns him back on Rocky, Rocky wants to step up for revenge where Rocky also has to deal with his growing son living in his shadow.

Rocky V tries to offer something new and I will say it does offer a new idea of trying to turn Rocky into a trainer that gets betrayed. My issue with this is that we don’t get a full revenge on this because a street fight wasn’t what we were looking for. This isn’t going to be a special compared to previous instalments and does feel very flat by the end.

Sylvester Stallone: Rocky returns home a hero only to find himself with nothing, when he meets Tommy Gunn he sees his shot to get back to the big time even if it is only as a trainer. He starts to forget about his family even though they continue to stand next to him but when he finally sees what is going on he needs to step up to be the father he never had. Sylvester does a basic good job in this role without really excelling. 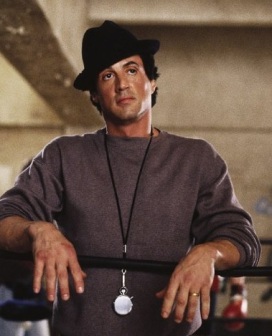 Talia Shire: Adrian is the wife of Rocky trying to make him hang his gloves up for health reasons, she is always going to supporting him even if they are back where they started, she is Rocky’s rock. Talia does all she needs to do in this role.

Tommy Morrison: Tommy ‘Machine’ Gunn is the young fighter that Rocky takes under his wing to take to the top, he turns his back on Rocky for money as an ambitious promoter uses him as bait. All Tommy wants to get respect but has no idea how to really earn it. Tommy is good in this role as the upstart fighter.

Sage Stallone: Rocky Balboa Jr is the son of the great fighter, he wants to be like his father but living in the downtown area is a real eye opener for him, but like his father he learns to adapt to any fight. Sage gives us a good performance in this role.

Support Cast: Rocky V has the supporting cast we expect in Rocky movies now with Paulie still being around.

Director Review: John G Avildsen – John gives us a basic chapter in the Rocky saga that won’t go down as anyone favourite.

Sports: Rocky V is good basic sports movie without being anything special.

Settings: Rocky V brings the story back to the beginning settings we once saw.
Suggestion: Rocky V is one for the fans to continue watching. (Franchise Fans Watch)

Best Part: Rocky Jr standing up for himself.

Tagline: Go for it! 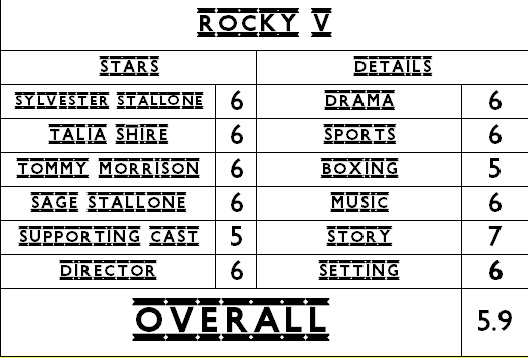