Plot: After winning the ultimate title and being the world champion, Rocky falls into a hole and finds himself picked up by a former enemy.

Story: Rocky III starts with Rocky (Stallone) going on title defence after title defence becoming the biggest name in boxing. Rocky is living the high life with his wife Adrian (Shire), trainer Micky (Burgess) and friend Paulie (Young) but the challenger in the wings Clubber Lang (Mr T) keeps get over looked for event like charity match against wrestler Thunderlips (Hogan).

When Rocky learns the truth that he has been handpicked opponents he is determined to face Clubber Lang to prove he can beat anybody. When Clubber defeats Rocky it is the loss of a personally friend that is what hurts Rocky the most but it also motivates him to want to come back stronger and defeat the arrogant new champion with an old enemy Apollo Creed (Weathers) supporting him.

Rocky III brings us full circle as we now see the underdog Rocky having to be the guy everyone wanting a shot at. This works we get to see the rise to fame and all the benefits and problems along with how determined people are to take their shots. Sure we do see how easily a champion can be defeated and need to change his game to win again. This will always go down as the beginning of the downfall of the Rocky films but still does hold its own compared to later issue.

Sylvester Stallone: Rocky is now the world heavyweight champion of the world, he beats a string off opponents before wanting to announce his retirement. Rocky gets pushed into a fight against hot shot Clubber Lang who defeats him and a close friend dies Rocky must put his difference with Apollo to come back and retain his title. Sylvester gives us a performance you would expect to see in the role of Rocky now. 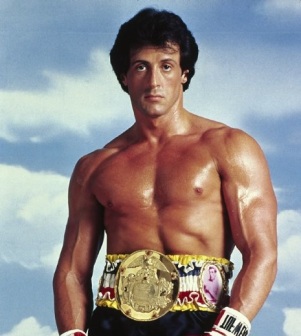 Talia Shire: Adrian is Rocky’s wife but really doesn’t get much to do in this whole film, she is there to support him but that is about it. Talia hardly even used which is disappoint because of how important her character is meant to be.

Burt Young: Paulie wants to be part of the Rocky team and is delighted to get a chance in the position that Rocky gives him. Burt also falls into supporting role without really doing to much.

Carl Weathers: Apollo is the former enemy who steps in to teach Rocky how to defeat Clubber Lang, he pushes Rocky in a way that Mickey never could. Carl does a good job in this role where he ends up being training.

Mr T: Clubber Lang is the arrogant boxer who wants a chance at the title, he was the number one contender and defeats Rocky but his attitude has made himself enemies in the industry as he must face Rocky in a rematch. Mr T does actually give u a good performance showing this is how a lot of boxer act now.

Support Cast: Rocky III continues to have the standard supporting cast for all boxing films.

Director Review: Sylvester Stallone – Sylvester is one actor that knows how he wants to make a film and he is does what you would expect from him.

Sports: Rocky III is your typical sports films where we do end up having extra boxing than previous day.

Music: Rocky III continues to use the iconic music which gets used more than we heard in the previous films.

Settings: Rocky III keeps the settings similar but doesn’t make a point of them like previous films.

Suggestion: Rocky III is one for all the franchise fans to watch but don’t start here. (Franchise Fans)

Worst Part: You know where it is going.

Tagline: The Excitement… The Power… The Man..

Overall: Solid addition to the series.

Plot: Joe just told his boyfriend, George, that he is a serial killer. George thinks that his boyfriend, Joe, is hilarious… and he just saw Patricia Arquette at Target!!! In the horror/comedy hybrid, ‘You’re Killing Me’, we take a look at the life and death consequences of dating in the age of incessant chatter. Joe and George meet just as Joe is coming out to himself as someone who loves to kill. George, on the other hand, can’t decide which wig to wear for his next YouTube video. As George’s friends start disappearing, one by one, he must face the undeniable fact that Gretchen might not be coming back with crushed ice for his party

Story: You’re Killing Me starts as Joe (McKelligon) gets to meet his boyfriend’s Andy (Wilkas) friends where he doesn’t fit in the click they have. What Andy doesn’t know is that Joe is a killer. Joe sets his targets on a YouTuber called George (Self), George runs a show with Barnes (Safi).

As Joe enters into a relationship with George he openly admits that he has killed his first victim and is willing to continue to kill only to have George react like it is a form of flirting. When Joe starts to fall in love he starts to take out anyone who gets in their way.

You’re Killing Me gives us a horror comedy with a dark comedy tone throughout. We get a killer just starting out on his spree who is openly admitting that he is a killer which is very different for the genre. We do get the awkward moments when someone starts dating someone new and struggles to fit in the social circles. If we were to go into the negatives the kills would have to be the weakest part of the film.

Matthew McKelligon: Joe is a mental disturbed young man who has been receiving treatment for his problems, when he gets tired of being held back he kills his first victim and enjoys it so much he starts carrying on killing as he falls in love with George. Matthew is great in this role giving an emotionless Dexter like performance throughout. 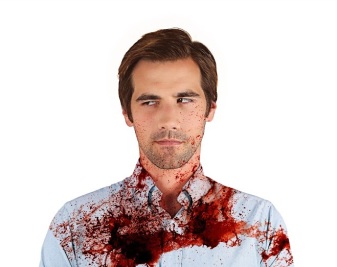 Jeffery Self: George is the YouTube celebrity that gets into a new relationship with Joe who believes everything he says is a form of flirting only to discover that he really is a killer. Jeffrey is good in this role and with the added writing credit shows off two skills.

Rachel Shukert: Gretchen is part of the YouTubing team working with George and Barnes, she is open to the new relationship between George and Joe. She is one of the more open people with Joe trying to offering him a way into the social circle. Rachel is good in this role which works for a supporting role in the film.

Bryan Safi: Barnes is the partner in YouTubing with George, he is happy for his friend to meet a new guy but is also the first one to suspect that there is something wrong with Joe. Bryan is good in this supporting role.

Support Cast: You’re Killing Me has a supporting cast which are mostly just the victims from the social circles.

Director Review: Jim Hansen – Jim gives us a horror comedy that takes the film in a different direction than we are used to.

Comedy: You’re Killing Me has good comedy moments throughout as we see George’s reactions to the Joe saying he is a killer.

Horror: You’re Killing Me has the serial killer involved for the horror side but doesn’t feel scary.

Romance: You’re Killing Me uses the awkward opening of a relationship where the couple all work well but shows how difficult it can be with the friends of a new love interest.

Suggestion: You’re Killing Me is one for the horror comedy fans to watch. (Horror Comedy Fans Watch)

Believability: The new relationship material is all believable while the killing is not.

Chances of Sequel: We could have one. 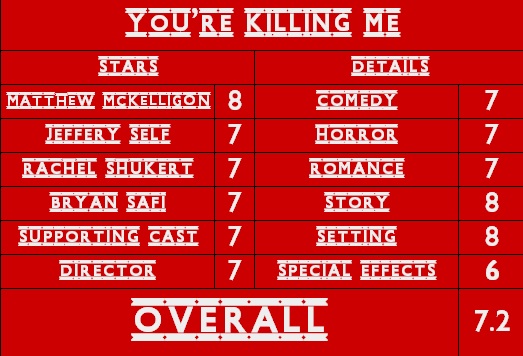 Jessica Biel is one of the beauty’s in Hollywood today but it would be fair to say her films haven’t got the attention some of them deserve. She has been through most genres of film which does so her versatile ability, I am going to select my favourite five roles from her relatively small filmography.

Julia is a widowed mother whose child becomes the latest victim of the Tall Man legend but the town turns on her. This is a film with a killer twist you won’t see coming. 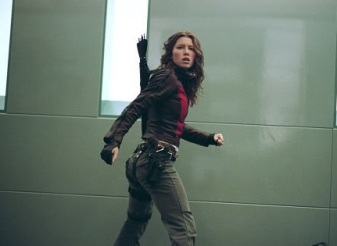 Abigail is the daughter of Whistler who has been fighting the vampires, she has her own style and team behind her that have to team up with Blade to face the Drake. This should her ability to come into the fighting genre movies even if the overall film isn’t the most popular.

Neera is one of the aliens helping astronaut return back to Earth. She voices the love interest of the leading character in what is a fun kids with adult jokes for the parents. 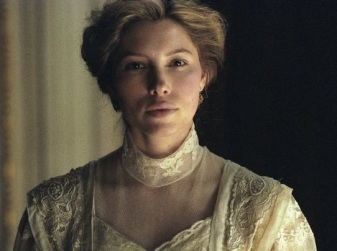 Sophie is the love interest between the Illusionist and the King of the land, she pushes both men to show their power whether it be through magic or positional power.

Erin is leading character in the remake of the iconic film, this is a good remake that brings the terror into the modern era of horror. This also showed that we could have had a new scream queen in the making.