Plot: During a manned mission to Mars, Astronaut Mark Watney is presumed dead after a fierce storm and left behind by his crew. But Watney has survived and finds himself stranded and alone on the hostile planet. With only meagre supplies, he must draw upon his ingenuity, wit and spirit to subsist and find a way to signal to Earth that he is alive.

Story: The Martian starts with the first astronaut team on Mars Commander Melissa Lewis (Chastain), Mark Watney (Damon) Martinez (Pena), Johanssen (Mara), Beck (Stan) and Vogel (Hennie) as their exploration mission gets hit by devastating storm leading them to lead for an immediate evacuation. During the storm Watney gets hit and lost in the storm with the rest leaving the planet.

Director of NASA Teddy Sanders (Daniels) announces to the world what has happen and that Watney died on Mars. Meanwhile on Mars we follow Watney as he awakens from his injuries and returns to the command centre to record what he thinks will be his final days on Mars because he knows how long it would take for a rescue team to save him.

Watney refusing to give up so easily decides to fight to survive by using his expertise as a botanist to grow enough food to last the time period he has to wait for any sort of rescue mission.

When Mission Control discover that Watney is alive they have to figure out what to do, Vincent Kapoor (Ejiofor), Annie Montrose (Wiig) and Sanders need to make contact with Watney to make a rescue mission a reality while hiding the truth from his original crew. We have to witness Watney survive, NASA make the big decision and the crew deal with the consequences of leaving him behind, but will he make it home?

The Martian was a film I along with many others thought the trailer could have given away too much, but how we were wrong. Watching the rescue plans being built up is great along with watching how Mark plans his survival. We get to enjoy the non-serious attitude from Mark keeping the story feeling light hearted even though it is a serious situation. Looking back on the film it was hard to find a bad thing as we see the world unite to bring Mark home during the testing time.

Matt Damon: Mark Watney is the expert botanist who gets left on Mars during the first mission there, he has to figure out a way to survive on this planet where he knows he will not get any support for a long period of time. First he starts by growing food then finds a way to call home and against all the odds he must never give up in his quest for survival. Matt gives a brilliant performance in this leading role which could have been dull but his charm keeps your attention throughout.

Jessica Chastain: Melissa Lewis is the commander of the mission on Mars, she has to make the big decision to leave Mark once it becomes clear he gets lost during the storm. When she and her team learn about his survival they have to make their own decision. Jessica does a good job in the role where she handles everything going on.

Kristen Wiig: Annie Montrose is the public relations officer at NASA who has to help spin any decisions being made by the NASA team to make sure they look good through this situation. Kristen does a good job in this supporting role.

Jeff Daniels: Teddy Sanders is the director of NASA, he has to make all the final decisions when it comes to the rescue of Mark, he has moments where he is portrayed as the bad guy but he is making the correct logical decisions when it comes to each idea with the rescue. Jeff does a great job in this role showing that he isn’t just the authority in the situation but part of the world population wanting to bring Mark home.

Chiwetel Ejiofor: Venkat Kapoor is trying to answer the questions when it comes to rescuing Mark, he controls the satellites with his team. He does question enough of the ideas even though he wants full control of the satellites for his own work. Chiwetel does a good job in this role even though it feels very familiar to his 2012 role. 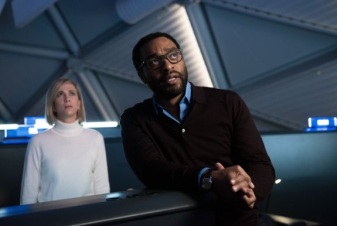 Support Cast:  The Martian has a massive supporting cast including Michael Pena, Sean Bean, Kate Mara, Sebastian Stan, Aksel Hennie, Benedict Won, Mackenzie Davis and Donald Glover who all gives great performances with the role they are involved in.

Director Review: Ridley Scott – Ridley brings us one of the best sci-fi films in recent years.

Action: The Martian has good use of action when required but doesn’t go over the top with the ideas.

Adventure: The Martian feels like an adventure from Mark’s side of the story as he must find a way to survive.

Sci-Fi: The Martian is on Mars and looking at NASA trying to rescue a stranded astronaut, could we get anymore sci-fi?

Settings: The Martian creates a brilliant setting location on Mars that all works make us feel like we are on Mars with Mark.
Special Effects: The Martian has great effects to make everything seems logical throughout.

Suggestion: The Martian is one that really should be watched this year. (Watch)

Action Scene Of The Film: Rescue.

Funniest Scene: I blew myself up

Favourite Quote: Mark ‘I don’t want to come off as arrogant here, but I’m the greatest botanist on this planet.’

Post Credits Scene: You get to see the what happens next for the characters.

Oscar Chances: This could easily get a few Oscar nods.

Overall: One of the best films of 2015 with excellent sense of survival 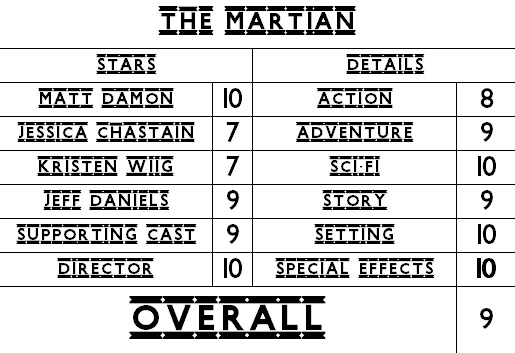 Michael Clarke Duncan was one of the greatest screen presences of all time standing at 6ft 4 he always came off as a gentle giant.  We did lose Michael in 2012 at the age of 54 but we will always have the memories of this brilliant performances. He was often the supporting actor which also got him a single Oscar nomination in the supporting category. Today I will be picking my favourite performances of his career. 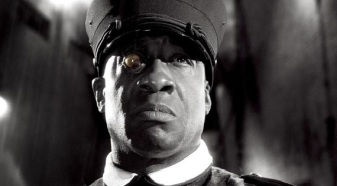 Manute is a kingpin that is one of the iconic characters in the Sin City universe even if he isn’t in many scenes in the film you will remember him.

Leo is the partner to Walter who helps him solve the crimes with his non-violent style. This was a spin off from Bones which only lasted one season but his character in it works perfectly for the comic timing through the show.

Starkweather is a supporting character in this film who is selected as one of the winner to go to the Island only for our main characters to see what is really happening to him and seeing the pure fear in his character shows just what is at stake for these characters. 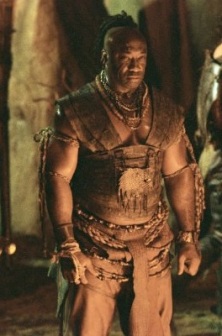 Balthazar teams up with Mathayus to take down the evil leader, he is a fierce warrior that could hold his own against Mathayus but having him on your side will help you win any battle. 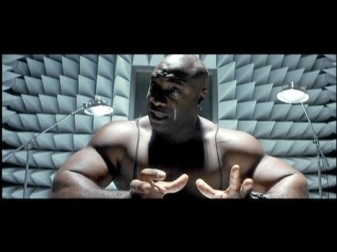 Bear is one of the drillers involved in going to the asteroid to blow it up, this is one of the first films that makes you take notice Michael as he ends up being a good supporting character that has laughs a plenty.

John is wrongfully convicted of a murder and left on death row, he is a giant of a man but as gentle as they come, he has a special ability that no one really understands. This is the role that got him an Oscar nomination and in this film he out shines Tom Hanks.

Today I returned to S and as always which films beginning with S should I add?