Plot: Two adults and a juvenile burglar break into a house occupied by a brother and sister and their stolen children and can’t escape.

Story: The People Under the Stairs starts with Fool (Adams) a young boy who is about to lose his house in the ghetto when Leroy (Rhames) offers him a chance to make some money to help keep the roof over their heads. When Leroy finds out who is evicting them he wants to bring Fool in on the job where they can steal gold.

The couple living in this house known simply as Man (McGill) and Woman (Robie) have their own dark secret with their hidden children and something living in the walls.

With the job going ahead as planned Fool and Leroy find themselves trapped in the house where Fool discovers the people under the stairs. Fool later finds himself stuck in the house alone being hunted down by the owners of the house while befriending the residents inside the house.

The People Under the Stairs is a horror film that keeps us guessing, we get the home invasion angle mixed with a dark secret idea which all works for the story. I liked the idea of trying to get even with the people making them homeless. I liked the idea of people being kept prisoner and that the residents in the house look normal on the outside. I think the overall mix of these stories all work to make this an effects horror that will keep your attention to the end.

Brandon Quintin Adams: Fool is the ghetto by who reluctantly joins forces with two men as the try to rob a house only to discover a secret lying the basement and the residents not taking to strangers too well. He is full of fight and will never give up when it comes to defending his friends. Brandon gives us a good performance for such a young actor.

Everett McGill: Man is the son of the lady of the house, he is the hapless man trying to hunt down Fool inside the house as well as hunting an escaped prisoner Roach. Everett gets most of the laughs in his villainous role where he is always getting hit while Fool escapes his grasp.

Wendy Robie: Woman is the lady of the house who has been searching for the perfect child and while the rejects end up in the basement her perfect little angel is the one who helps Fools. Wendy does a good job in this role as the family’s mother who expects perfection.

A.J. Langer: Alice is the chosen child for the odd couple who is the perfect look for them, she ends up helping Fool escape from the prison that is their home. A.J. gives a good early role.

Ving Rhames: Leroy is the streetwise man who pushes Fool into robbing the people who are evicting his family, he makes for a good leader of the crime as he is getting involved in something he doesn’t understand. Ving gives us a solid early performance though heavily stereotyped.

Support Cast: The People Under the Stairs has a good supporting cast that mostly includes the people of the neighbourhood who want to band together along with the people who are being held under the stairs.

Director Review: Wes Craven – Wes showed once more how he could manage horror and comedy without looking towards on too often.

Comedy: The People Under the Stairs has good slapstick comedy while dealing with Fool escaping the Man.

Horror: The People Under the Stairs has good horror when you look at what the family are doing inside the house.

Mystery: The People Under the Stairs leaves you wondering what could be going on inside the house.

Thriller: The People Under the Stairs does keep you guessing to what will happening next even though you could judge what could happen easily.

Suggestion: The People Under the Stairs is one for the Craven fans to watch but I can see people giving it a miss. (Craven Fans Watch)

Worst Part: It would have been good to see how the couple dealt with the unwanted people when they planned how to deal with them.

Favourite Quote: Fool ‘You thought he was white before, you should see that sucker now! ’

Believability: It is based on a real story just how things happen less so.

Tagline: In every neighbourhood there is one house that adults whisper about and children cross the street to avoid. Now Wes Craven, creator of “A Nightmare on Elm Street” takes you inside.

Trivia: Wes Craven was inspired to write this film after reading a real-life news story about burglars breaking into a house. When authorities arrived, the burglars had disappeared but they discovered locked doors with noises coming from behind. Children had been locked up inside the rooms by their parents, never allowed to go outside.

Overall: Horror comedy that works on both levels making it feel like a very dark version of Home Alone 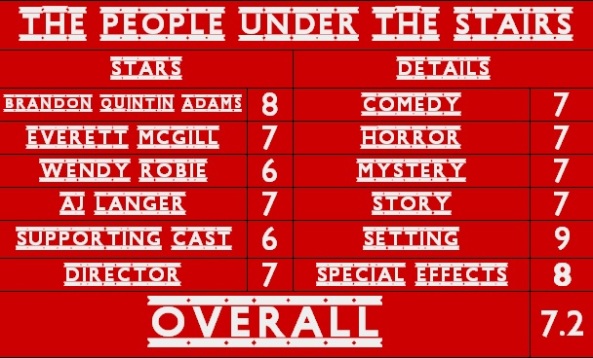 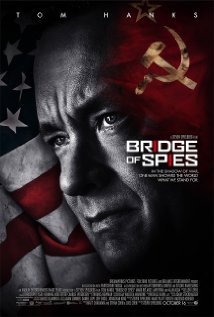 Plot: An American lawyer is recruited by the CIA during the Cold War to help rescue a pilot detained in the Soviet Union.

The Best – The Devil’s Backbone