Plot: A small town teenager in the 1960s believes her dreams of becoming a famous singer will come true when her rock star idol gets stranded in town. But a leak in a nearby chemical plant that is believed to be causing mass mutations threatens to turn her dream into a nightmare.

Story: Bang Bang Baby starts as we meet teenage girl Stepphy (Levy) who dreams of being a singer, she takes a chance through an audition and gets her chance. she can’t leave because her father George (Stormare) is sick meaning she can’t leave him to follow her dream.

Stepphy gets the shock of her life when her idol Bobby Shore (Chatwin) turns up in her town with a broken down car, she just happens to work in the gas station leading her to offering him a place to stay while the car gets fixed. When a local friend warns of a leak in the chemical plant that is causing mutation which leaves Stepphy wondering just what is really real or what mutation could break her dream forever.

Bang Bang Baby has to go down as one of the most unique films I have seen this year, with one of my favourite films being another musical ‘Repo the Genetic Opera’ this film ends up bringing us a story that really offers plenty of surprise. We get the idea of meeting an idol but the realism of a fantasy that could be real will trying to cover up a reality that isn’t what you wanted. If you don’t see another unique film this year because this will be the one that stands out.

Jane Levy: Stepphy is the dreaming teenager who wants to be a singer like her idol Bobby Shore, she gets her chance but her dreams shattered when her father can’t let her leave. Her life is turned upside when Bobby Shore gets stuck in her town where she gets to spend time with him and even perform with him but all this could shatter when a chemical leak starts making mutation starting to take over the people in the town. Jane shows that she is ready to tackle any genre you what her to here.

Peter Stormare: George is Stepphy’s dad who is dying slowly, he has medicine that keeps him in good health for times but overall he is suffering. He used to love singing country music so we see where she got her inspiration to start with. Peter gives us a good performance in this role which is different to what we are used to.

Justin Chatwin: Bobby Shore is the rock n roll singer that is one of the most popular in the world, when he ends up in the town he starts getting involved in a relationship with Stepphy both love and singing partnership. Justin gives a good performance as the musical star.

Kristian Brunn: Helmut is the German manager of Bobby who is trying to help him make the right decisions when it comes to his future and questions everything he wants to do. Kristian give a good supporting performance that offers a slight comedy touch to Bobby character.

David Reale: Fabian who is a friend who takes advantage of Stepphy one night, he holds all the answers to what is going on and tries his hardest to warn her about what is happening. David is important to the final outcome where he does a good job in this role.

Support Cast: Bang Bang Baby doesn’t have to biggest supporting cast only people from around the town that all get infected by the mutation.

Director Review: Jeffrey St Jules – Jeffrey does give us a great idea for a film which mixes good story with music.

Sci-Fi: Bang Bang Baby brings us the idea of the mutation for its sci-fi angle which is very important to the final outcome.

Settings: Bang Bang Baby keeps everything in and around this one small town which helps with what happens with the story of Stepphy.
Special Effects: Bang Bang Baby has good effects when needed but doesn’t rely on them.

Suggestion: Bang Bang Baby is one to give a go to, it will be different to anything else you have seen this year. (Give it a Go)

Worst Part: Won’t be for everyone.

Overall: One of the most unique films this year. 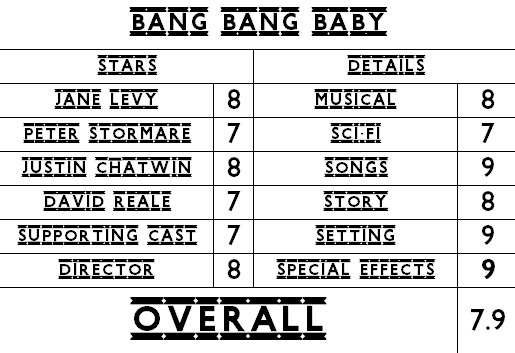 Plot: After finding his brother murdered after returning from duty, Webster searches for the perpetrators, but discovers a conspiracy that cuts deep inside the U.S. government.

Ryan Gosling is one of the most popular actors in Hollywood today, he is brave enough to take chances with his roles instead of just jumping into the idea of a franchise. He has one Oscar nomination to his name and to be honest I have missed some of his most popular work so I will look at the five favourites of the ones I have seen.

In this thriller we get to see a darker side of Gosling in a commercial film where he teams up with another man to take on a seasoned homicide detective.

Willy is an attorney who is trying to climb the ladder to the top but when he comes up against his latest mastermind killer he faces his toughest test to date. 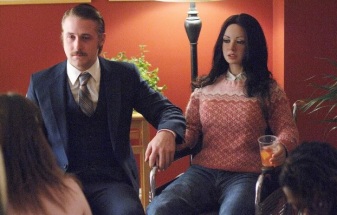 Lars is a delusional young man who ends up getting stuck in a relationship with a doll, quirky comedy is the key in this one.

Leland is a member of a juvenile detention centre where he must learn to change his ways all face making the same mistakes over and over. 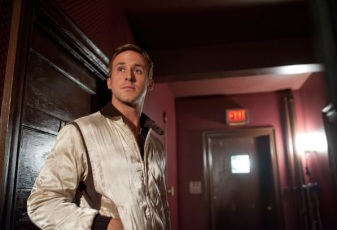 Driver is a stunt man/ getaway driver who ends up getting caught up between his jobs when the latest job comes up. This is one of the most brutal films I have seen.

Today I continued my DVD collection by returning to J, what film should I add beginning with J?