Plot: Kylie Bucknell is forced to return to the house she grew up in when the court places her on home detention. However, when she too becomes privy to unsettling whispers & strange bumps in the night, she begins to wonder whether she’s inherited her overactive imagination, or if the house is in fact possessed by a hostile spirit who’s less than happy about the new living arrangement.

Story: Housebound starts with Kylie Bucknell (O’Reilly) being caught out robbing a cash machine, he punishment is 8 months detention at her mother’s Miriam (Te Wiata) home. It become clear the two are going to struggle to get along while Miriam’s theory of the house being haunted is the start of most of the friction as Kylie outgrew that superstition.

When Kylie starts hearing noises coming from the house she has to team up with her mother to try and figure out what and why is it haunting the house and who better to help then Amos (Waru) the man who checks the alarms and paranormal investigator.

Housebound is a horror film that doesn’t seem to take itself too serious with plenty of dead pan humour rather than silly over the top humour. This is a good thing because without that this would have been just another horror film that we would have seen before. The fact that this has plenty of twists helps but I do feel like the ideas did come from another film (The Pact). I have to say I avoided all trailers like I do now with horror films which gave the jump scares higher level of effect and I do worry the trailers might give too much away. This one will keep you guessing from start to finish. (8/10)

Morgana O’Reilly: Kylie Bucknell is the criminal lead in the film that gets sent to live with her mother as punishment, she ends up getting haunted by something which see has to try and figure out what is happening. Morgana gives us a good performance to create a fiery leading character. (7/10)

Rima Te Wiata: Miriam Bucknell is the mother who has been hiding a secret inside the house and has become very distant from her daughter who has to live with her. She has always thought there was something super natural in the house and now she can final solve it. Rima does a good job in this role showing just how distressed her character has become. (7/10)

Glen-Paul Waru: Amos is the warden who has to keep check on Kylie but also a paranormal investigator that teams up with Kylie to figure out what is happening inside the home. Glen-Paul gives us the comic relief in the film and will have you laughing more often than not. (7/10)

Support Cast: Housebound has a small supporting cast that includes a string of potential suspects which will leave you guessing to what is actually going on.

Director Review: Gerard Johnstone – Gerard gives us an original take on a horror film that has been done before, I think this feels original and lets the comedy do the work when the horror gets too much. (7/10)

Horror: Housebound follows a tradition horror lines that uses noises to create scares before giving us a couple of good jump and fake jump scares. (7/10)

Thriller: Housebound keeps you guessing to what will happen next to nearly every single scene. (9/10)

Settings: Housebound puts our leading lady trapped inside her own home for the most part creating the isolation needed for the horror angle. (8/10)

Suggestion: Housebound is one for all the horror fans out there to watch, it will entertain in a way no horror film has before. (Horror Fans Watch)

Funniest Scene: Amos looking for Kylie with the killer.

Kill Of The Film: The Killer.

Similar Too: The Pact

Overall: Horror thriller that will twit you in knots.

Plot: A washed-up writer forms an unlikely friendship with a teenager from Long Island.

Story: We start by following our married couple taking a trip to a country house while our lead gets a visit from his invisible friend (a superhero) warning him about the place. The idea of the trip is to try and help our lead Richard focus on writing without any distraction. While making a visit to town he makes a new friend in a teenage student. The two find out they have more in common than they thought and the unlikely duo become secret friends helping each other with their problems, hiding their relationship from their friends and family.

This is a solid look at friendships and how hard it can be to make friends of a different age, while people face the same battles they feel uncomfortable expressing their friendships too their friends. It comes off very well showing how loneliness can be one of the hardest things to go through in life. Though this is only looking at real life issues we get a very interesting look at how awkward the first few moments of a friendship can be. We do see how both Abby and Richard get over the problems that have been holding them back from the next part of their lives. It comes off very well and though not much happens it is all about how the two bound and achieve growth in their personal lives. (8/10)

Jeff Daniels: Richard Dunn struggling writer who deals with his imaginary friend who he has created as a superhero to protect him from the problems in his life. He moves away from the city to escape him but is left in a small town without knowing anyone, he befriends a local girl in what starts out a weird friendship but soon they figure out they have more in common than they thought. Jeff gives a great performance as the lost middle aged man looking for the next chapter of his life. (8/10)

Ryan Reynolds: Captain Excellent the imaginary friend who keeps giving Richard advice. He helps solve the problems Richard isn’t brave enough to work out himself. Ryan gives a fun performance where he gets to mock the superhero idea whilst having comical lines. (7/10)

Lisa Kudrow: Claire Dunn Richard’s wife who moves him to the country to help him concentrate while returning to her job in the city. Lisa gives a solid performance of the suffering wife who is trying her hardest to support her husband. (7/10)

Emma Stone: Abby local teenager who has her own problems with her boyfriend and friend who is in love with her. She is struggling to deal with a loss in her life that she believes she caused but her relationship with Richard helps her deal with it. Emma gives a good performance showing that she was always going to be a big name actress. (8/10) 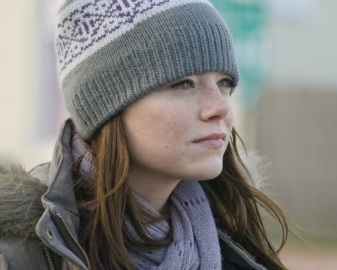 Kieran Culkin: Christopher friend of Abby who is madly in love with her. He is always around when she needs him but it becomes clear that he is the same as Captain Excellent. Kieran gives a good performance as the supporting friend who knows the right things to say. (7/10)

Support Cast: Be it the boyfriend of Abby or his friends we don’t get a large support cast we just see how the people involved are just using them.

Comedy: It doesn’t focus on being a full blown comedy but has a couple of well-timed chuckles to lighten the mood. (6/10)

Drama: Seeing the problems the two have are shown and dealt with brilliantly. (9/10)

Chemistry: The uncomfortable friendship comes off very well between the two and they become more comfortable as they get to know each other. (9/10)

Settings: The settings used show the loneliness that both the characters are suffering with. (9/10)

Suggestion: I think this would be one to try, it will come off very rewarding for the people who do watch it, but in the end might not appeal to the casual fans too much. (Try It)

Worst Part: Can come off slow.

Lessons Learned: Friends are not always the same age or generation.

Believability: These are real world problems people will face and the imaginary friends will show how our minds can play tricks. (7/10)

Plot: A young man involved in a love affair that will change his life forever, whilst his lover wrestles his demons on a journey that will force him to come to terms with his sexuality, leaving lives destroyed in the wake.