Plot: A clan of evil rats overtakes a Manhattan department store and threatens to overrun the city.

Story: The Rats starts by taking us to New York city where we follow a young lady in a shopping mall as we also see a rat running through the underground. We meet Susan Costello (Amick) as head of security in the mall who has to deal with girl who gets bitten by the rat but believes it was just a tac. Hours later the girl ends up in hospital which leads to Jack (Spano) to investigate any potential rat infestation.

Jack brings in his assistant Ty (Howard) who seems to do all the dirty work as the three start to learn the disturbing truth about the rats inside the mall. The team discovers the rats are spreading around the city faster than anyone could imagine leading our heroes to have to find a way to experiment them before any large number lives are lost.

The Rats is a film that let’s face it isn’t going to go down as a classic, it was made to be a typical B movie. We get an increase in the problem being face by the people of New York which works for the story but in the end really doesn’t make you go too mad because we don’t see a real body count. If these rats took a few lives we would have a horror film but in the end it feels like just the beginning of a creature feature and not the end. This will be a late night movie level story but nothing more. (4/10)

Madchen Amick: Susan Costello is the head of operation and security at the shopping mall that has been one of the targets by the rats. She has to team up with exterminator Jack to stop anything happening inside the mall. Madchen does a standard job in the leading role but we don’t have any stand out performance here at all. (5/10)

Vincent Spano: Jack Carver is the exterminator who has to deal with the rat problem, he knows what needs to be done but isn’t getting the agreement from the owner of the mall. Vincent doesn’t give the best performance but standard low budget one. (4/10)

Shawn Michael Howard: Ty is the assistant to Jack who helps do the dirty jobs when it comes to dealing with the rat problems. Shawn is solid in supporting role but like the rest nothing special. (5/10)

Support Cast: The Rats has plenty of supporting characters who are all the less important characters holding up the investigation.

Director Review: John Lafia – John does what you need for a low budget horror but gives nothing new to the genre. (4/10)

Horror: The Rats doesn’t really reach any levels of horror or any you would expect to see fro a film like this. (3/10)

Settings: The Rats uses the New York setting which is a huge plus for the film because there is a rat problem there. (10/10)
Special Effects: The Rats has terrible CGI effects for the rats especially with the final scene with fountains of rats. (1/10)

Suggestion: The Rats is one to only watch late night never go out your way to see this one. (Late Night TV)

Best Part: The Idea is a real thing that could happen.

Believability: The rat problem is real but how far it ends up going seems too much. (2/10)

Chances of Sequel: It gets left open for one.

Plot: With a childhood tragedy that overshadowed their lives, three men are reunited by circumstance when one has a family tragedy.

Story: Mystic River starts with three childhood friends Jimmy, Dave and Sean just doing what kids do, trying to have fun but get caught by a police officer where Dave is taken away in a car to explain what happened, but what happens to Dave will change the friendship forever.

Move forward in time Dave (Robbins) has a child of his own but is still haunted by what happened on that day, Jimmy (Penn) has his own family, while Sean (Bacon) becomes a highly respected detective on the posher side of the city along with his partner Whitey (Fishburne).

When Dave comes home drunk and shaken and covered in blood he tries to talk about what happened and being mugged. When Sean gets the shocking new his daughter Katie (Rossum) hasn’t turned up for work we also hear the news of a blood in a car, here car which brings Sean back to the town to figure out what happened.

When the body is found it is up to Sean to solve the crime, while the old friendships start getting tested after they all went their separate ways and fingers start getting pointed.

Mystic River is a brilliant murder mystery that shows how far friends can end up from each other after spending their childhood together. We don’t get many clues about who it was and the fingers pointing in one direction seems to obvious for it to have been them. I do feel we needed to see potentially different options to who committed the murder but how Jimmy handles it his own way shows just how far a man would go to find the person responsible. The overall tone of the film is edgy because each character could end up blowing a fuse. (9/10)

Sean Penn: Jimmy Markum is the tough guy in the neighbour he runs the shop and has connection with everyone. It is his daughter that gets murdered and because of his connections he could end up blowing the case out of the water but the truth is the thing that will shock him the most. Sean gives a brilliant performance showing a full range of emotions. (10/10)

Tim Robbins: Dave Boyle who was abducted when he was a child but seems to have grown up to be slightly different, very timid and still haunted by the past. He comes back home after a night out covered in blood claiming to have been mugged, but is he really involved in the murder? Tim gives a great performance showing how haunted his past really is. (9/10) 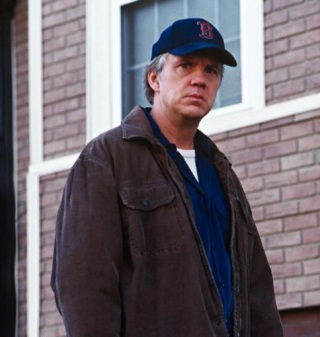 Kevin Bacon: Sean Devine is a detective who moved away from thee neighbourhood, he has to return to solve this murder that will bring up moments fro the past that no one wanted to come back. Kevin gives us a great performance as the detective with a past that could go wrong but also knows how a crime could end up. (8/10) 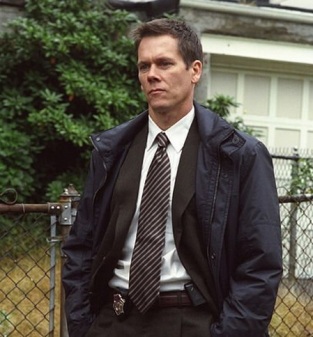 Support Cast: Mystic River has a supporting cast that are people who don’t know who did the crime but only see to offer discussion to the main three characters.

Director Review: Clint Eastwood – Clint gives us this brilliant mystery that keeps us guessing to who was really responsible for the crime. (9/10)

Crime: Mystic River has a murder that has to be solved, but also has the after effects of a child molestation as a child for one of our grown ups. (9/10)

Drama: Mystic River shows how three childhood friends have all gone their own way. (9/10)

Mystery: Mystic River does create the mystery about who committed the crime all the way through. (9/10)

Thriller: Mystic River pts you on the edge of your seat once the investigation starts because you just don’t know what reaction is happening. (9/10)

Settings: Mystic River uses the tight community to show how close everyone is when the tragedy strikes. (10/10)

Suggestion: Mystic River is a must watch for any film fans out there. (Must Watch)

Worst Part: Not too many supporting suspects.

Tagline: The river has many depths. Let it wash over you.

Trivia: Sean penn and Tim robbins both won oscars for best actor and best supporting actor respectively. This was the second film to win both of these awards after Ben hur (1959). 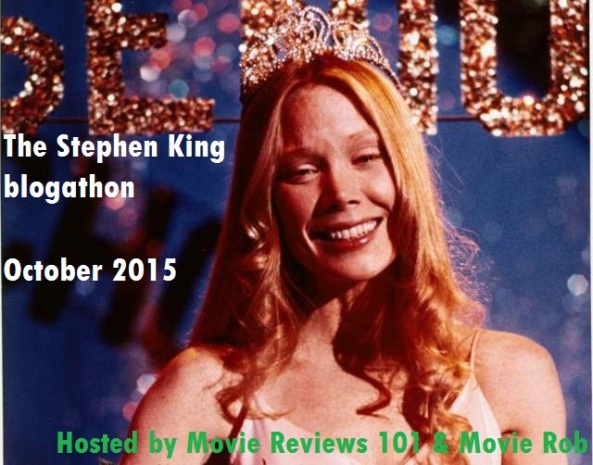 Plot: A reporter is on the trail of a vampiric murderer who travels by plane.

Story: The Night Flier starts an abandoned plane on a runway before a creature kills an innocent flight controller. We move to follow reporter Richard Dees (Ferrer) who is hot head because he knows he can get the story what ever the case. He is always against his paper manager Merton (Monahan) who is out to bring the gruesome photos available.

Merton wants Richard to investigate this mysterious traveller Dwight Renfield (Moss) who fly his planes into airports in the middle of the nights leaving victims where ever he goes. New hot shot reporter Katherine Blair (Entwisle) wants to make an impact so she tries to talk Richard into taking the story.

As Richard continues to investigate the story he starts to find himself becoming the latest victim of the dreaded Night Flier.

The Night Flier brings us a new look to the vampire genre by having the vampire travel by plane, taking away the idea that vampires can fly. We do get the traditional side as well though, with travelling at night, and the plane being his coffin. I liked how we didn’t focus too much on an origin story for the vampire and is all about a different type of hunter, a reporter trying to chase down a story. I also liked the twist ending but otherwise this is a very good vampire film that is hugely underrated. (8/10)

Miguel Ferrer: Richard Dees is the lone wolf reporter who doesn’t follow the rules but ends up getting involved in a story about a mysterious Night Flier, he finds him being followed by the very thing he is trying to find. Miguel does a great job in this role showing he can reach all the character traits need with ease. (7/10) 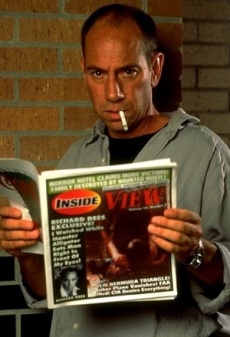 Julie Entwisle: Katherine Blair is the hot new reporter who sees this story a her chance to make a name for herself in her new job. She is competing against Richard for the story. Julie does a solid job but isn’t strong enough to go next to Miguel. (6/10)

Dan Monahan: Merton Morrison is the owner of the paper who gets to make the decisions on who gets what story in the paper, he ends up putting his two reports against each other to get the story. Dan does a standard supporting role but you feel there was more to his character. (5/10)

Michael H Moss: Dwight Renfield is the mysterious Night Flier who has a taste for blood as he ends up coming into land before taking his victims and moving on. Michael is the mystery man and does a good job in the few scenes he is in. (7/10)

Support Cast: The Night Flier has a supporting cast that mostly fills the stories or is the victims.

Horror: The Night Flier does create creepy scenes and the final act is right up there. (9/10)

Mystery: The Night Flier gives us a mystery about what is going on which keeps u thinking as the film unfolds. (8/10)

Suggestion: The Night Flier is one for the fans of the vampire genre to enjoy. (Vampire Fans Watch)

Worst Part: I would have liked to seen more from the Catherine character.

Tagline:  Evil has a flight plan