Plot: Two 1990s teenagers find themselves in a 1950s sitcom where their influence begins to profoundly change that complacent world.

Story: Pleasantville starts showing us there will be a Pleasantville marathon showing on TV Time before introducing us to the main character David (Maguire) an awkward teenager. David’s favourite television show is Pleasantville which gives him a chance to watch over the weekend. We continue to learn that David knows everything to know about the show and plans to try and win a contest. David just so happens to have a sister Jennifer (Witherspoon) who see the chance of the house without parents as a chance to impress the cool guy from school leading to a fight between the two.

When the remote control gets damaged a mysterious repair man turns up at the house to fix the problem. As the siblings arguing they find themselves inside the show trapped by the repair man. The two have to learn to get on with life in this new reality where David with thieve but Jennifer has to learn to adapt. The two characters they have been forced to play are the children to George (Macy) and Betty (Allen). The two have to continue to learn to adapt and play along with the new world they are in until they can find a way to find a way home.

Jennifer decides to play by her own rules which starts to change the town bring colour into the black and white world. It isn’t long before the people in the town start being affect by the change before long the town ends up getting caught up in the middle of battle between the coloured and the black & white residents of the town.

Pleasantville is a beautiful story of two different generation clash with consequences that will change both the points of view. We do get the typical two teenagers one being good and one being difficult rather than bad who learn lesson that they haven’t in their normal life. we also get to see how being part of a routine can feel too comfortable and the moment you start breaking it anything becomes possible for you. This also teaches us to treat everyone the same with no expectation and to express yourself in whatever drives you forward. Looking back over the film it is a very good story that can be enjoyed by most people. (8/10)

Tobey Maguire: David is an awkward high school teenager who has an unhealthy obsession with Pleasantville television show, when his favourite show is going to be showing a marathon he is extra excited but ends up fighting with his sister and getting trapped inside Pleasantville. David knows how to get along with everything there but it isn’t long before the world starts changing and he must find a way to get home. Tobey gives a good leading performance showing that he was going to be a good actor to turn to for these types of roles. (7/10) 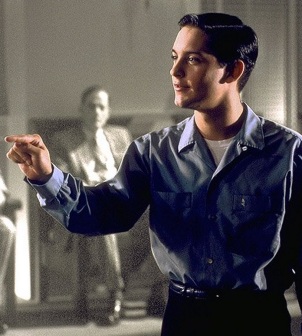 Reese Witherspoon: Jennifer is the popular girl at school and David’s sister who ends up getting trapped inside Pleasantville. Unlike David it isn’t normal to her and she ends up changing the ways of life in the town. Reese showed that she can have range with this role as we get to see the fully transformation of her character through the film. (8/10) 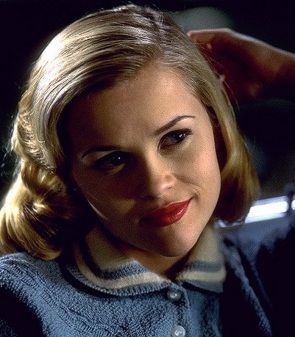 William H Macy: George Parker is the father of the household inside the Pleasantville life style who can’t cope with the changes going through the town. William gets to play a role we will become used to seeing him performance with this role. (7/10)

Joan Allen: Betty Parker is the mother of the house that the kids get trapped in who tries to keep her household together through the changes even when she wants to embrace those changes. Joan does a good job in the supporting role which will make you notice she can play plain supporting roles. (7/10) 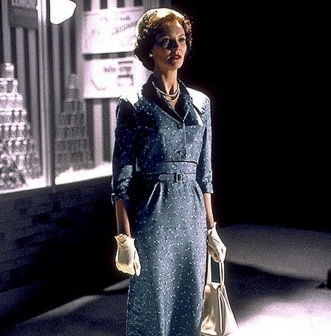 Jeff Daniels: Bill Johnson is the malt shop owner who gets caught up trying to focus on changing because he is too scared to actually change. Jeff continued to show how he was capable to walk away from slapstick comedy and become a good serious actor here. (7/10)

Support Cast: Pleasantville has a supporting cast that includes a whole town and some good early supporting roles from stars who went onto bigger things including Paul Walker, Maggie Lawson and Marlon Shelton.

Director Review: Gary Ross – Gary does a good job directing manage to mix a visual story with a very good story about being different. (8/10)

Drama: Pleasantville shows the different between two different generations and just how when they clash both will realize they need change. (8/10)

Fantasy: Pleasantville takes our two lead characters and puts them into a world they have never seen before which works for the fantasy element of the story. (8/10)

Suggestion: Pleasantville is a must watch. (Must watch)

Best Part: The mix between colour and black and white.

Worst Part: You can work out what will happen by the end.

Tagline: Nothing Is As Simple As Black And White.

Overall: Pleasantville is a beautifully shot film that is visual great and has a story to match it all.