Plot: Ten years on from the events of Monsters, and the ‘Infected Zones’ have now spread worldwide. In the Middle East a new insurgency has begun. At the same time there has also been a proliferation of Monsters in that region. The Army decide to draft in more numbers to help deal with this insurgency.

Verdict: Insulting Toward the Original

Story: Monsters: Dark Continent starts with narration from Michael Parkes (Keeley) a reluctant solider who explains that the monsters have started to spread destroying cities through the Middle East, where the new Infected Zone is. Frater (Harris) is a sniper who has completed his mission before making his swift getaway back to the US base.

Flashback I think to watch Michael and his unit Frankie (Dempsie) Inkelaar (Soller) and Shaun (Sawyers) back in Detroit preparing to be shipped out again. We learn how the unit all has each other’s back and will fight anyone to protect each other. Drugs, booze and hookers this must mean we are having a leaving party because that is what everyone does right? Well that was a painful excuse to show boobs in a war based film.

Now for the real story to start, we are now following the helicopter assault of a heard of giant monsters which is quickly completed. Frater and Forrest (Pinnock) run the base and give the new recruits the rules on how to survive the situation. We follow the soldiers on basic missions around towns as we witness the effects of war not just on with the monsters but with the terrorists.

The unit has been on plenty of patrols without seeing much action before they get a mission to locate a group of missing soldiers. When the convoy gets hit, the mission changes to one of survival against a human enemy as well as a monster threat. Frater, Michael, Inkelaar and Frankie are the four surviving members of the unit who have to try and stay ahead of the enemy, but aren’t very successful. Before long Frater and Michael are left alone, captured by the enemy they have to escape while the enemy is dealing with a monster attack.

Monsters: Dark Continent moves the action to a different continent and never explains how the monsters ended up in that location considering the first one being set in Mexico. The most part of this film is a dreadfully boring war story that just has monsters on the outside of it, I am willing to say I don’t even know what the point of having the monsters in this film actually is. The war side of the story has been done so many times it offers nothing to the genre and ends up ruining anything the first film created. I personally think this will be one of the worst stories of the year. (2/10)

Johnny Harris: Noah Frater the veteran on tour who leads the unit on the mission and after things go wrong he takes charge of the inexperienced unit as they try to fight against enemies both human and monster. Johnny ends up being a very generic soldier who has been at war too long. (3/10)

Sam Keeley: Michael the rookie soldier who is with his unit and after they all die he is left alone with Frater as they try to survive against the odds. Sam fills the generic rookie soldier and doesn’t make an impact in the role. (3/10)

Support Cast: Monsters: Dark Continent has a supporting cast that includes the fellow soldiers who mostly die early on and we get to see the effects of their death on the two remaining soldiers.

Director Review: Tom Green – Tom doesn’t do the original film any justice and gives us one of the most misleading films of the year. (2/10)

Sci-Fi: Monsters: Dark Continent tries to put us in a world where the monsters are now part of the world but doesn’t rise to the levels it could have. (5/10)

Thriller: Monsters: Dark Continent is meant to be a thriller but you will spend time looking at your watch wondering how much more. (2/10)

Suggestion: Monsters: Dark Continent is really going to have to be one to avoid, it is too long, too dull and lacks any real monster action. (Avoid)

Worst Part: Too Long and no monster action.

What Could Have Been Better? – Explain how the monsters ended up in the Middle East, Involve the monsters, make it interesting.

Chances of Sequel: Left open to one and made right I would watch a sequel.

Trivia: The main actor from the first Monsters movie Scott McNairy is signed on as an Executive Producer for Monsters:Dark Continent.

Overall: Very disappoint sequel to one of the best low budget films of recent years.

Kirsten Dunst has been making movies since 1989 at the tender age of 7 and she has gone onto to make a grand total of 70 appearances in film and television. She managed to be one of the child stars who managed to break through to the adult level without any hiccups or problems. It would be fair to say the early noughties were her most successfully at the Box Office but now she is focusing on choices she wants to do. Today marks her birthday and as always I will be picking my favourite five roles. 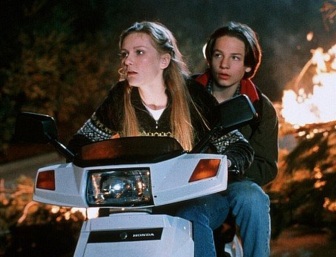 When the evil toy soldiers start trying to take over her friend’s house she gets dragged into the battle when her Barbie’s get turned into maniacs with the same chips used in the combating toys.

Justine is the focal character in both stories being told here, the first is her wedding day and the second is her slow breakdown when she finds out the world is going to end. This is an example of how she is willing to take risker roles.

Mary Jane is the love interest of Peter Parker who he can’t get involved with because of his Spider Man identity. I think this would be one of her biggest roles and shows that people trusted her to become a megastar.

In what is the deadliest board game film involving children we get to see this adventure comedy with the late great Robin Williams. I have to pick this because this was one of my favourite childhood movies. 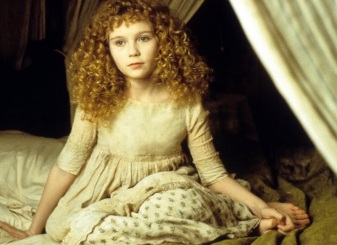 In what is one of my favourite vampire films this might only be a supporting role but it is one of the few films that ever showed what it would have been like for a child to be an immortal vampire and what happens to her character is truly horrific.