Plot – Bilbo and Company are forced to be embraced in a war against an armed flock of combatants and the terrifying Smaug from acquiring a kingdom of treasure and obliterating all of Middle-Earth.

How epic will this be?

Can it stand up to the first Lord of the Rings trilogy?

Will the final battle leave us breathless?

Will It Be Number One In UK? – Yes

Today we are going to look at the top 5 Ethan Hawke performances, we have a choice from 61 credits according to IMDB, he has 3 Oscar nominations one for acting for Training Day and two for writing with the Before Sunset and Before Midnight. I haven’t seen too many of his films so if you think anything else should be included leave a comment. 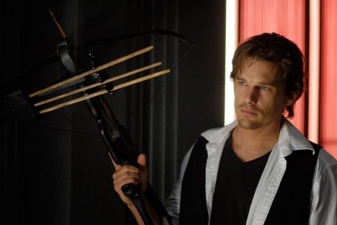 Dr. Edward Dalton, a vampire and hematologist who works for a pharmaceutical firm, has been working on finding an artificial blood supply that will meet the vampire society’s needs. 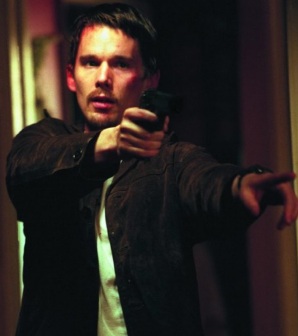 Jake is the rookie cop assigned to work with loose cannon cop as he trains him on the ways of the streets.

Held back from society by a high likelihood of heart failure, Vincent will do anything to reach his life goal of traveling in space, even if it means abandoning his identity as Vincent Freeman.

Todd is the newest student at the elite school who along with the other students get inspired by their teacher played by Robin Williams.

Plot – Ward’s wife is a bitch. Everyone knows it. Including Ward. After numerous conversations and ruminations on the subject amongst Ward’s colorful group of friends, a fortuitous accident leads to a whole new world of problems and possibilities.

This looks delightfully dark for a comedy do you think it will be?