Plot: When trucker Jack Burton agreed to take his friend Wang Chi to pick up his fiancee at the airport, he never expected to get involved in a supernatural battle between good and evil. Wang’s fiancée has emerald green eyes, which make her a perfect target for an immortal sorcerer named Lo Pan and his three invincible cronies. Lo Pan must marry a girl with green eyes so he can regain his physical form. Now, Jack must save Wang’s fiancée from Lo Pan and his henchmen, and win back his stolen truck. But how can he defeat an enemy who has no body?

Story: This film came out in the 80s and was filled of the adventure tones used through that decade along with the action that is slightly over the top making it funny rather than stupid. This fits in perfect with the era but I think it would be fair to say it hasn’t dated too well. It does what it says on the tin, it is fun, funny and over the top. (8/10)

Kurt Russell: Jack Burton a small time trucker who does his friend Wang a favour only to get drawn into the underworld at Chinatown to take on an ancient evil who wants to become immortal. Good performance from Russell doing what he does best. (8/10) 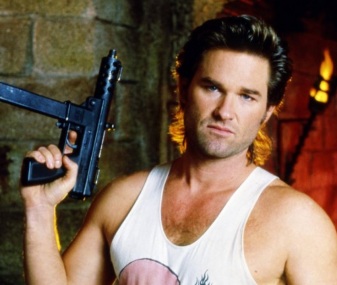 Kim Cattrall: Gracie a reporter who is trying to uncover what is going on in Chinatown only to get drawn into the battle. Good supporting performance playing the typical damsel in distress. (7/10)

Dennis Dun: Wang Chi the friend of Jack whose fiancée gets kidnapped and he starts the mission to get her back bring together to rival side good vs evil to get her back. Good performance getting a few more laughs than the rest. (7/10)

James Hong: David Lo Pan the evil lord that can change into different forms but is ultimately looking to take over the world with the girl with green eyes. Good performance making the comedy up with his crazy lines. (7/10)

Director Review: John Carpenter – Good direction stepping away from horror to do a fun adventure film. (8/10)

Action: Plenty of action used throughout. (9/10)

Suggestion: I think this is one to try, I don’t think it is the best but you will get some good laughs. (Try)

Tagline: Some people pick the damnedest places to start a fight!