Plot: John McClane and a Harlem store owner are targeted by German terrorist Simon Gruber in New York City, where he plans to rob the Federal Reserve Building.

Story: With this third instalment of the franchise we get what could be the best attempt at a sequel. We have a bigger scale for the action as it ends up in New York City. We get the action side of the story with John playing games and chasing Simon running side by side with the thriller side of the story with the police looking for the bomb. Sure a lot of the action is over the top but who really watches this for a serious storyline? This does everything you want it to, entertain with plenty of action. (8/10)

Bruce Willis: John McClane the suspended cop who is the main attraction for the game wanted to be played by Simon. We all know John will leave a body count and take the wildest risks to stop the bad guy and he delivers here. Good performance showing Bruce still enjoyed playing the role. (9/10) 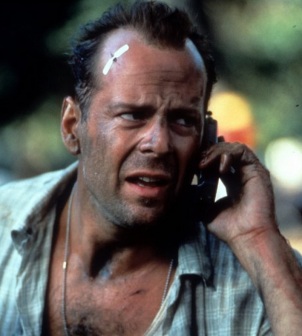 Jeremy Irons: Simon the brother of Hans the villain from the first Die Hard film. He uses he intelligence to stay one step ahead of everyone to keep his master plan under control. Good performance reaching the same levels as Rickman. (9/10)

Samuel L Jackson: Zeus the small shop owner from Harlem who gets caught up in the middle of the games and has to join in against his will to stop Simon and his army. Good performance from Jackson who really makes the buddy cop work well. (8/10)

Director Review: John McTiernan – Great direction to mix great action and great thriller without any moments where the pace slows down. (9/10)

Thriller: Keeps you right on the edge of your seat while you wait to see what happens next. (9/10)

Settings: New York City makes a great setting because the casualties of any attack would be devastating. (10/10)
Special Effects: Most of the effects are still great but the one water scene has dated badly. (7/10)

Suggestion: This is one everyone will enjoy, it has great action, thrills and fun one liners. (Watch)

Action Scene Of The Film: Too many to pick from.

Chances of Sequel: 2 More sequels to the franchise.

Think Like A Man Too – All the couples are back for a wedding in Las Vegas, but plans for a romantic weekend go awry when their various misadventures get them into some compromising situations that threaten to derail the big event.

They Came Together – When Joel and Molly meet, it’s hate at first sight: his big Corporate Candy Company threatens to shut down her quirky indie shop. Plus, Joel is hung up on his sexy ex. But amazingly, they fall in love, until they break up about two thirds of the way through. 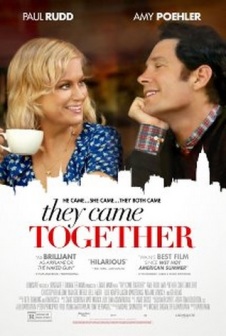 Wish I Was Here – Aidan Bloom is a 35-year-old man who finds himself at major crossroads, which forces him to examine his life, his career, and his family.

Magic In The Moonlight – A romantic comedy about an Englishman brought in to help unmask a possible swindle. Personal and professional complications ensue.

A Walk Among The Tombstones – Private investigator Matthew Scudder is hired by a drug kingpin to find out who kidnapped and murdered his wife.

Grand Piano -Moments before his comeback performance, a concert pianist who suffers from stage fright discovers a note written on his music sheet.

Serena – In Depression-era North Carolina, the future of George Pemberton’s timber empire becomes complicated when it is learned that his wife, Serena, cannot bear children.

Newguy’s Pick of the Week – A Walk Among The Tombstones

Nils snow ploughs the wild winter mountains of Norway, and is recently awarded Citizen of the Year. When his son is murdered for something he did not do, Nils wants revenge. And justice. His actions ignite a war between the vegan gangster the Count and the Serbian mafia boss Papa. Winning a blood feud isn’t easy, especially not in a welfare state. But Nils has something going for him: Heavy machinery and beginners luck.

Looks very good and funny, do you think it will be?

Will the casual fans watch with the subtitles?