James Marsden has 65 credits to his name according to IMDB, he has ranged from recurring guest roles in television shows before his bring break in the X-Men franchise. While his has yet to make a truly great lead actor in any of his films he does make a great supporting actor with nearly all of my selection being focused on another star of the films.

A small part here but a big character and one of the few Presidents that treats our hero as a true equal. 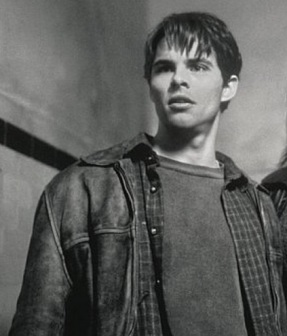 While something is happening with the students at a school, Steve is the new kid in town who must deal with his personal problems while avoiding the transformation process the other teenagers are going through.

The hopeless Prince who follows our heroine from her fantasy world to the real world New York City, all while trying to win her heart and become King. In what is a villainous role he shows good comic timing.

Arthur works for NASA and dreams of becoming an astronaut but when his dreams are dashed he and his wife get a chance to make one million dollars at a press of the button. What follows is a string of consequences for the action.

This is the most known of all his work. He plays one of the X-Men who has laser beams that he can shoot from his eyes, he is always under conflict with Wolverine which usually gives some good banter laughs but everything turns serious when lives are at risk.