Over-imaginative 12 year-old Sam heads off to the woods to summer scout camp with his pack convinced he will encounter a monster…and he does.

Release Date: Not Set For UK

This looks interesting, but just where is it really going to go?

Belgium Horror, can the casual fan cope with the language barrier?

Plot: We’ve always known that Spider-Man’s most important conflict has been within himself: the struggle between the ordinary obligations of Peter Parker and the extraordinary responsibilities of Spider-Man. But in The Amazing Spider-Man 2, Peter Parker finds that his greatest battle is about to begin. It’s great to be Spider-Man. For Peter Parker, there’s no feeling quite like swinging between skyscrapers, embracing being the hero, and spending time with Gwen. But being Spider-Man comes at a price: only Spider-Man can protect his fellow New Yorkers from the formidable villains that threaten the city. With the emergence of Electro, Peter must confront a foe far more powerful than he. And as his old friend, Harry Osborn, returns, Peter comes to realize that all of his enemies have one thing in common: Oscorp.

Story: This follows up from the first one so we have to remember unlike the Avengers and Dark Knight we are dealing with a teenage superhero. He has different problems like whether he wants a girlfriend or whether to go to college, you know the serious stuff. We have him putting out all the cheesy lines against the person he fights not taking anything seriously. While Peter is trying to figure out what his life holds next, the people against him start their own stories. We have the generic loner scientist who ends up having an accident, gaining powers and using them for evil, been there seen that in every Spider-man film. We also have the Harry Osborn who wants Spider-Man’s blood to cure his sickness and when he can’t have it he goes on a rampage against Spider-Man. It would be fair this is a slow moving film and it really is building up for the next chapter. (7/10)

Andrew Garfield: Spider-Man/Peter Parker while trying to figure out what to do with his life he carries on fighting crime, he has to decide whether to keep with his girlfriend when her father’s dying wish was to leave her so she couldn’t get caught up in trouble. He does ends up having to face the biggest battle of his life after his battles with Electro and Green Goblin. Good performance in a character that develops as the film unfolds. (8/10)

Emma Stone: Gwen Stacy ambitious girlfriend of Peter, who wants to excel in her studies and gets that chance to but with Peter in her life she will always be in danger. Good supporting performance, but I always find relationships for superheroes only get in the way and annoy. (7/10) 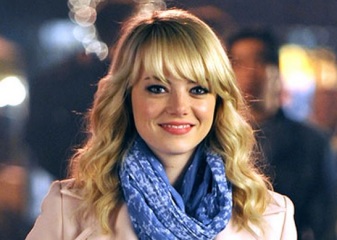 Jamie Foxx: Electro lonely scientist who has helped the city design a better power source. He feels like everyone is against him but when Spider-Man saves him he gets a boost of confidence. Just when things look good for Max he ends up having an accident at work and turning into Electro, who starts off just wanting help but when he feels betrayed by Spider-Man he wants to take out the web-slinger and the city. Good performance playing a very difficult character that really looks the part. (8/10) 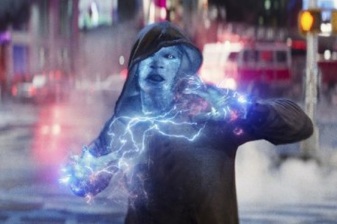 Dane DeHaan: Green Goblin/Harry Osborn an old friend of Peter who wants him to find Spider-Man so he can use his blood to cure his terminal illness. After both Peter and Spider-Man refuse for safety reason he finds out his company secretly has some stored away and he uses it and becomes the Green Goblin out to stop Spider-Man. Good performance from the always solid Dane. (8/10)

Director Review: Marc Webb – Great direction creating a story that really is building to something bigger, creating some very memorable fight scenes and a villain in Electro like nothing we have seen before. (8/10)

Action: When the action happens it is all very good, with some great camera spinning shots of Spider-Man in battle. (8/10)

Superhero: A solid entry in the superhero genre. (8/10)

Settings: New York makes a great setting because without all the building Spider-Man couldn’t swing as much. (9/10)
Special Effects: Great special effects used throughout the film. (10/10)

Suggestion: This must be watch by all the superhero fans out there, it is creating a big picture without having to use separate films to add to one of franchise. (Superhero Fans Watch)

Worst Part: It does start slow, nearly an hour before we meet Electro.

Action Scene Of The Film: The final battles

Chances of Sequel: Has one planned 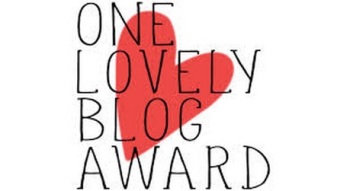 I have been nominated for the One Lovely Blog Award by Horrorville. I would like to thank Horrorville for the nomination and if you want to know horror films check out the site.

This is my first nomination I have had, it has shown that my hard work has been getting noticed and I would like to thank everyone who has read any of my posts.

Here are the rules for this award:

I would like to thank everyone one more time for reading my posts and look forward to hearing your thoughts on all the upcoming films I will be talking about.

Detective Hazel Micallef hasn’t had much to worry about in the sleepy town of Fort Dundas until a string of gruesome murders in the surrounding countryside brings her face to face with a serial killer driven by a higher calling.

A new serial killer film, could it be the best this year?

Where will it stand against the best serial killer films?