Plot: A commercial transport ship and its crew are marooned on a planet full of bloodthirsty creatures that only come out to feast at night. But then, they learn that a month-long eclipse is about to occur. Criminal Riddick (Diesel) turns out to be the survivors only hope because he can see in the dark thanks to surgery he received inside a dark prison with no lights, but his bounty hunter William J. Johns (Hauser) doesn’t want to lose his bounty. Carolyn (Mitchell) has to take command and stop her passengers from being killed.

Story: Any film set on a different planet with an unknown alien creature hunting our heroes will always be compared to ‘Aliens’ arguable the best of the genre. This lacks some of the shock value of that level but it really works at a fast pace, giving us very little moments to stop once that action gets going. The not knowing what is after them is very similar but this is on a much larger scale of numbers of enemies. Granted this is aimed at the more casual market and the acting is not the most convincing but it really is just a fun sci-fi action film that can be enjoyed. (8/10)

Vin Diesel: Riddick the criminal being transferred back to prison, we hear what he has done but it is not until late in the film we really see his combat skills. He has eyes that see in the dark making him important to the final race for survival. Good performance from Diesel but this was only the stepping stone for a much larger and more interesting character. (7/10) 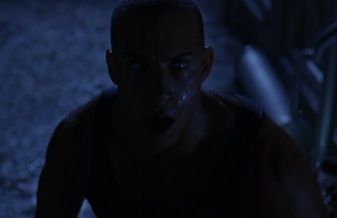 Radha Mitchell: Carolyn one member of the official flight crew who tried to get rid of the cargo bays during the accident and has to deal with knowing she was willing to give up all the survivors lives for her own, she must now fight to keep them alive. Good performance but has moments where she looks out her depth. (7/10) 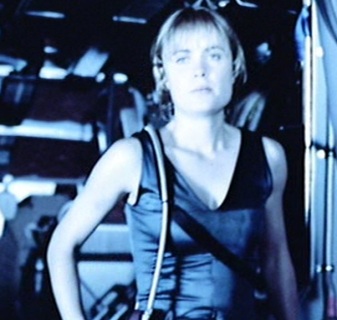 Cole Hauser: William the bounty hunter who is returning Riddick to prison for a nice fee, he is the only one who knows what Riddick is capable of and has to reluctantly allow him to be free to help with the surviving. Good performance but can’t help but feel McConaughey was first choice. (6/10) 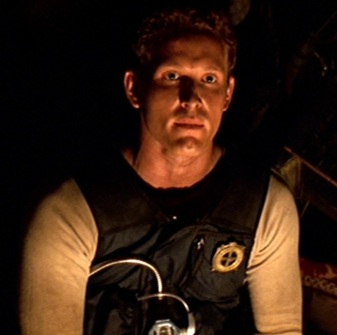 Action: Plenty of action used throughout to create the fast paced story. (8/10)

Settings: The deserted planet creates a great setting as it shows glimpses of what happened before. (10/10)
Special Effects: The CGI effects can be seen easily but some work well to merge the CGI and real world. (7/10)

Suggestion: This is a must watch for anyone who is a fan of the genre. (Sci-Fi Fans Watch)

Best Part: Riddick versus a creature round one.

Kill Of The Film: Riddick killing a creature.

Chances of Sequel: Has two sequels

Tagline: A new species of terror