Plot: After killing Mrs. Voorhees, who was avenging her son Jason’s death, Alice Hardy (King) can finally sigh with relief. But there is just one problem. Jason never drowned at Camp Crystal Lake and lived in the nearby woods as a hermit all this time. The day that Alice beheaded his mother, Jason saw everything and his heart filled with thirst for revenge. Two months later, Alice gets stabbed by an ice pick in the temple and disappears. Is Jason behind this? Five years later, a camp next door to Camp Crystal Lake is built and the counsellors start snooping around the old, abandoned camp ruins. This makes Jason very upset, since his shack is next to the remains of Camp Crystal Lake and what is inside the shack shall be kept secret forever, even if it means killing nine people.

Story: Even though it takes us nearly 15 minutes until we meet any of the victims, we get the same message from the previous one, sex; drugs and booze are a sin which will get you killed. We get the same old typical teenage characters you all have ‘bright’ futures but their desires will be their downfalls. The highlight of this film is that we have Jason as the killer, using whatever he can get his hands on to commit these kills. This one opens the doors on the potential franchise after all; all you need is a good iconic killer for a slasher. (7/10)

Amy Steel: Ginny the girl next door type of girl who has the brains and beauty to go together. She is the assistant at the camp training facility and has to put up the most fight. Good performance in the scream queen role. (8/10)

John Furey: Paul the man who brings the training facility together but saves on his money by placing right next door to Camp Blood. Good cocky leader who only things about what is good for him. (7/10) 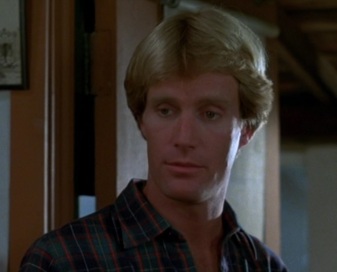 Adrienne King: Alice still struggling with the nightmares of her night of terror at Camp Crystal Lake she is now trying to live a normal life, but someone is out to get her after what she did at Crystal Lake. Only a small role but offers Jason the first kill. (7/10)

Warrington Gillette: Jason stalking his victims before picking them off. Good performance in the first outing as the iconic killer. (7/10)

Director Review: Steve Miner – Good direction creating tension in one of the most overlook Friday 13th films being people just saw it as the sequel not the birth of an icon. (8/10)

Horror: Gets the usual marks for a horror offers plenty of suspense and even a good few jump moments. (9/10)

Thriller: Does what all slasher do and creates some build but uses jumps when needed. (8/10)

Settings: The camp next door to the original leaves the teenagers alone from the world. (9/10)
Special Effects: Good special effects with some of the kills are very well made. (8/10)

Suggestion: You have to watch this if you are into the genre but otherwise this really won’t be one for you. (Slasher Fans Watch)

Worst Part: One character looks upstairs for a guy in a wheel chair.

Kill Of The Film: Mark, because of shock value.

Chances of Sequel: Part of Franchise

Oculus – A woman tries to exonerate her brother, who was convicted of murder, by proving that the crime was committed by a supernatural phenomenon. Review 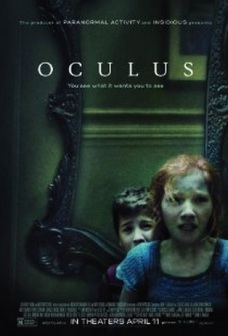 Belle– An illegitimate mixed race daughter of a Royal Navy Admiral is raised by her aristocratic great Uncle.

Devil’s Knot– The savage murders of three young children sparks a controversial trial of the three teenagers accused of killing the kids as part of a satanic ritual.

The Young and Prodigious T.S. Spivet – A 10 year old cartographer secretly leaves his family’s ranch in Montana where he lives with his cowboy father and scientist mother and travels across the country on board a freight train to receive an award at the Smithsonian Institute. 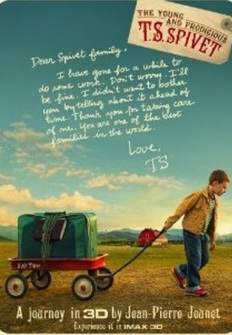 Newguy’s Pick of the Week – The Devil’s Knot