Plot: When cowardly Albert (MacFarlane) girlfriend Louise (Seyfried) dumps him he goes all out to impress her. When mysterious stranger Anna (Theron) turns up in town she helps trying to win her back. When Albert has been pushed too far he challenges Louise’s new boyfriend Foy (Harris) to a dual. During the training with Anna he starts to fall for her, but she is married to the deadliest gunslinger in the west Clinch (Neeson) and once her catches up with her, Albert has to show all his courage to win her from Clinch.

Story: Poking fun at the old west is fine, it should work and some of the jokes are acceptable. The endless toilet jokes make it feel like an Adam Sandler film and the poorly written sex jokes get boring quickly. You have the old storyline of trying to impress someone only to fall for the one helping you. It is advertised incorrectly as it makes out from the trailer that he is training to beat Clinch while in actual fact the training is for another dual all together. After watching and enjoying Ted I was expecting a lot better than this lazy comedy for someone with a good comic mind. (3/10)

Seth MacFarlane: Albert the cowardly sheep farmer from the Frontier who gets upset when his girlfriend dumps him and puts his life in danger because he is depressed only to discover he is brave deep down. Seth really doesn’t suit being a lead actor at all. (2/10)

Charlize Theron: Anna the beautiful mysterious woman who comes to town and ends up becoming friends with Albert while training him to shot. Good performance from someone not known for comedy. (7/10) 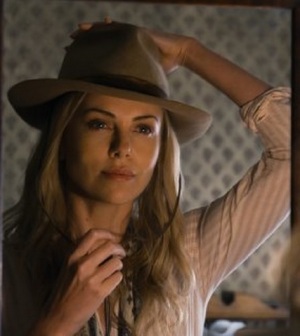 Amanda Seyfried: Louise the girl who dumps Albert and moves on, but looks like she could have changed her mind too late. Standard performance really, never gets given anything to do. (5/10)

Liam Neeson: Clinch the deadly gunslinger who wants revenge after Albert kisses his wife. We see what he is capable of and that he will cheat but we hardly see him considering he is meant to be the villain. (5/10)

Giovanni Ribisi: Edward Albert’s best friend who is very religious while his girlfriend is being a prostitute. Gets to have fun with the role and would be fair to say get most laughs.(6/10)

Director Review: Seth MacFarlane – With his history for good quality comedy I would expect to see a lot better than this from him. (3/10)

Comedy: Poor jokes throughout that get boring quickly but the few cameos will get most laughs. (4/10)

Suggestion: Don’t bother, I think even the most diehard Seth MacFarlane fans will be disappointed. (Avoid)

Kill Of The Film: The Ice Block

Plot: In Alaska, a team of oil workers board a flight home; however, they cross a storm and the airplane crashes. Only seven workers survive in the wilderness and John Ottway (Neeson), who is a huntsman that kills wolves to protect the workers, assumes leadership of the group. Shortly after they learn that they are surrounded by a pack of wolves and Ottway advises that they should seek protection in the woods. But while they talk through the heavy snow, they are chased and attacked by the carnivorous mammals.

Story: Having a group of generic survivors in an against the odds race to survive is not the most original of stories. This puts these survivors up against a different enemy though, being the wolves which are just as lethal as any other enemy they could have come up against. The story has it’s touching moments when the group talk about what they are trying to get back to, as well as having the tense showdowns with the wolves next to the fights with them. The story offers everything to enjoy and moves at a nice pace, it just lacks original characters for the scenario. (7/10)

Liam Neeson: Ottway the man whose job it is to stop the wolves hunting the workers and after the crash uses all his experience to keep everyone alive as long as he can. Haunted by a troubled past and visions of his wife we are left to guess throughout what happened to her that drove him to his isolation state. Great performance from Liam showing he is now a lead action star. (9/10) 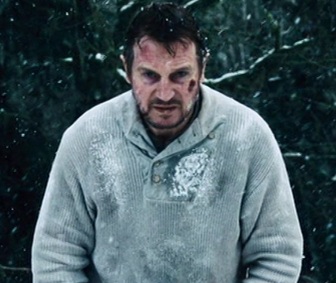 Frank Grillo: Diaz the typical against the hero guy, unwilling to help and constantly disagreeing with Ottway, but in the end makes a sacrifice for the good guys when the time came. Good role and performance from Grillo. (8/10) 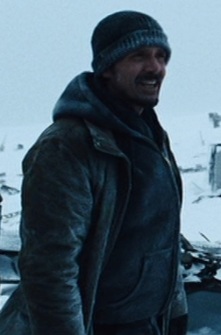 Dermot Mulroney: Talget an older member of the survivors who really is out his depth, but understands what is going on just not how to survive it. Good role that fills the wiser stereotype character. (7/10)

Dallas Roberts: Hendrick the quiet one who somehow makes it a long way before going. Good performance filling the role of a character that we don’t seem to need to rot for even though he makes it so far. (7/10)

Joe Anderson: Flannery talks too much causing everyone to be on edge, the first member of the team to make contact with Ottway but is the first to not make it on the journey. Good supporting role that makes a character you will actually remember even though he is only disposable one.(7/10)

Nonso Anozie: Burke the token sick character that slows the team down, but never wants to give up or let them down. Good supporting role that shows how hard it is to give up during such an impossible time. (7/10)

Director Review: Joe Carnahan – Good direction building up tension, throwing in a few jumps and having a gentle moment when it is needed. (8/10)

Action: When the action happens it is good stuff, with the plane crash being one that will stick with you. (8/10)

Thriller: Great tension built up throughout. (9/10)

Settings: Great setting to create true isolation that leaves the guys not knowing where to really go for safety. (9/10)
Special Effects: Good special effects for most of the wolf attacks, and plane crash. (9/10)

Suggestion: I would suggest to try it, I think thriller fans will enjoy this, but it might not work for all as the slow moments can take away some of the best moments of tension. (Try it)

Action Scene Of The Film: The Plane Crash.

Kill Of The Film: Hernandez

Believability: Works on the belief that this is how wolves act when an unknown enemy enters their territory. (5/10)

Tagline: Live or Die on This Day.

Trivia:Bradley Cooper was originally cast, but Liam Neeson replaced him.