Mark Wahlberg has only 41 acting credits to his name on IMDB, Within those credits he has two Oscar nomination. Mark has proven he can play a full range of roles as well as producing some highly recognized work. Today is his birthday and I am going to look at my favourite roles of his.

A war veteran sniper who gets framed for the assassination attempt of the President and he much fight to prove his innocence.

The odd couple police comedy where Terry is the serious one to Will Ferrell’s odd bull, who both wants to be taken more serious by the rest of the force. 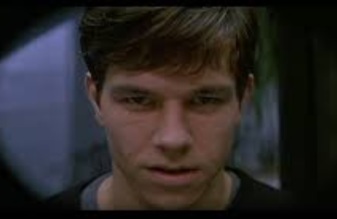 David is the over obsessive boyfriend who terrorises the family of his girlfriend well ex-girlfriend.

John Bennett is the man child who has his talking teddy bear Ted, he loves to party which causes him personal difficulties with his girlfriend who wants a commitment.

Dignam is the hot head trying to keep his undercover informant safe while trying to bring down a gangster. He also gets the last say in the film which is full of surprise deaths.

A small group of survivors are left behind after millions of people suddenly vanish and the world is plunged into chaos and destruction.

Nicolas Cage faces the end of the world again, how destructive will this one be?

What is the real cause for the vanishing is it really the rapture?