Plot: During the Baltic war young girls are prostituted to the military. A young deaf girl Angel (Day) moves between the crawlspaces and walls where she must look after the other girls for Victor (Howarth). One day the men who murdered her family turn up at the whore house a chain of events happen when she can end her captivity and free all the girls.

Story: Revenge thrillers come and go from memory this won’t stick to memory. The story is very dark from start to finish even with the ending leaving the audience to imagine what will happen. One big problem I see with this film is that an apparently strong military unit struggle to outsmart one girl. In the end it isn’t the most original story and I think this is a bleak real version of Sucker punch. (6/10)

Actor Review: Rosie Day – Angel a deaf girl who helps out at the whore house but can’t escape. It is a good performance playing a role that never speaks, as well as having to squeeze through all the tight crawlspaces. (8/10)

Actor Review: Sean Pertwee – Goran the leader of the military unit who killed the innocent and after wants revenge for losing his own men. Typical Pertwee performance where he gets angry quickly but never really shows any reason to be the leader. (6/10)

Actor Review: Kevin Howarth – Viktor the owner of the whore house who protects his girls. Good performance showing both a nice side opposite his angry side after all hell lets loose. (6/10) 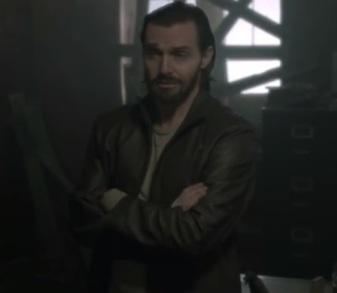 Director Review: Paul Hyett – Great creation of a bleak world version that shows this special effects guy knows how to make the darkest situation worth fighting for. (8/10)

Horror: The darkness of the film creates the atmosphere for the horror effects. (7/10)

Special Effects: Good effects in fight scenes but not much needed. (6/10)

Believability: This could have happened during the war time. (5/10)

Settings: If the film had stayed in the whore house it could have made the isolation aspect of horror stick longer but in the end it loses the isolation idea when it leaves the house. (7/10)

Suggestion: I would only say try this, I think it will be hard for some people to watch, the revenge thriller fans might enjoy though. (Try It)

Chances of Sequel: Maybe but I don’t it.

Overall: A revenge thriller that lacks some punch

Private investigator Matthew Scudder (Liam Neeson) is hired by a drug kingpin to find out who kidnapped and murdered his wife.

Liam Neeson heavy lead role, but does this have a more serious tone than some of the more recent releases?

Is there a supernatural element involved?