Plot: When seven strangers Quentin (Dean Wint), Worth (Hewlett), Leaven (De Boer), Holloway (Guadagni), Kazan (Miller), Alderson (Richings) and Rennes (Robson) wake up in a mysterious cube device full of booby traps, they have to unite to figure out a way out. It doesn’t take long before their personalities clash and start to change the mind sets of the characters. Who will survive to make it out the maze of traps?

Story: Before Jigsaw played games we got the Cube this offered a chance to look at the idea of being trapped in a maze of traps not knowing if you would make it out as well as giving us the audience a chance to see and guess who will end up going next. The puzzle element is a big part of the outcome. This story opened doors in the horror thriller genre and will always be remembered for that. (8/10)

Maurice Dean Wint: Quentin a detective who starts to panic thinking everyone is against him. Good slow building villain role that shows people can change from what they are known for easily. (7/10)

David Hewlett: Worth one of the designers of the cube system but never knew how it worked. Good performance once he opens up and becomes the hero of the piece. (7/10) 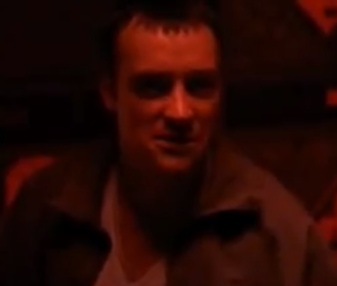 Nicole De Boer: Leaven the maths expert student who has to take time to figure out prime numbers even when they end in 0 or 5, really? Poorly written character but well performed. (5/10) 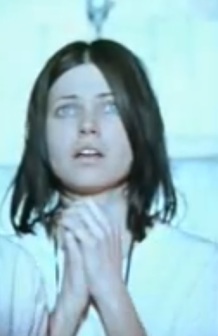 Nicky Guadagni: Holloway a nurse who shows a human touch to the mentally challenged Kazan as well as being about conspiracy. Good performance in a more human touch. (7/10)

Andrew Miller: Kazan mental challenged guy who ends up being the secret weapon to escape. Good performance in a simple role that doesn’t do much.(7/10)

Wayne Robson: Rennes an escape artist who is used to create knowledge for the other characters before getting killed off early. Simple role to show how to deal with basic survival, very little screen time to achieve much. (3/10)

Director Review: Vincenzo Natali – With this direction comes a chance for this man to open new ideas for fans of the genre. (8/10)

Mystery: Plenty of mystery behind what has happened to the people involved. (8/10)

Sci-Fi: The future look at what we could come up with is very twisted. (8/10)

Thriller: Full of questions including who will make it and why they are there. (8/10)

Settings: Great setting being isolated in a place no one knows. (9/10)
Special Effects: Great special effects used throughout on the traps. (9/10)

Suggestion: This is one of the films that will be good to watch it will not be for everyone but it should be enough to keep the casual horror thriller fans happy. (Try It)

Worst Part: The characters are dumb.

Kill Of The Film: Alderson

Chances of Sequel: Yes has a couple of sequels

Tagline: Don’t look for a reason …. Look for a way out.

Trivia:All the characters are name after prisons