Plot: Based on an incredible true story of one man’s fight for survival and freedom. In the pre-Civil War United States, Solomon Northup (Ejiofor), a free black man from upstate New York, is abducted and sold into slavery. Facing cruelty (personified by a malevolent slave owner, portrayed by Michael Fassbender), as well as unexpected kindnesses, Solomon struggles not only to stay alive, but to retain his dignity. In the twelfth year of his unforgettable odyssey, Solomon’s chance meeting with a Canadian abolitionist (Pitt) will forever alter his life.

Story: Watching how Solomon struggles to just survive let alone becoming free again. We see how different men who have slaves treat them, some well some badly. The story shows the tragic truth about how slaves were treated and even though this story get a happy ending of freedom, most never got that chance, with this still happening in the modern world it should make everyone be thankful for the fact they are free now. The story is an inspiration story of survival and not giving up hope. (10/10)

Chiwetel Ejiofor: Solomon kidnapped and sold into slavery, not resting on the fact he will never escape he tries over the 12 years to find a way to get his own freedom before finally finding someone to trust enough. Chiwetel is brilliant in the role and fully deserved his BAFTA for best actor. (10/10)

Michael Fassbender: Edwin Epps the drunken plantation owner who abuses his slaves for his own pleasure, enforced strict rules and taking all the hope out of his slaves. Great performance from Fassbender playing a character that is driven to be hated. (9/10) 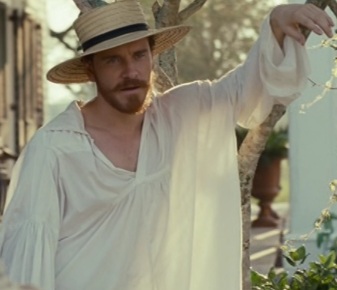 Lupita Nyong’o: Patsey one of the slaves on Epps’s plantation who is his favourite as she is the best picker and also he favourite for his sexual pleasures. Great performance, showing that the hope had been taken from some of the slaves. (10/10) 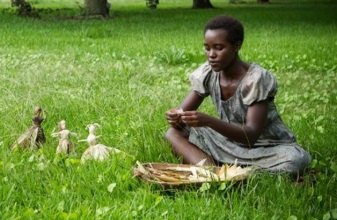 Brad Pitt: Bass a free roaming labourer who doesn’t turn up to late in the film, becomes the last chance for Solomon. Only a small role but does a good job.(8/10)

Paul Dano: Tibeats, Ford’s evil slaver runner who pushes all of them to limits they shouldn’t have to go, he thinks he is better than all of the slaves, but Solomon teaches him a thing or too. Good performance from Dano showing he can fit into any role with ease. (8/10) 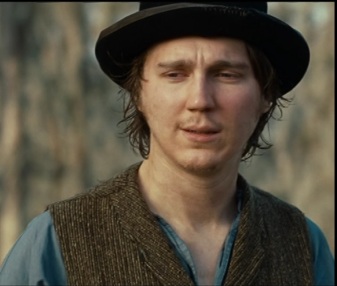 Paul Giamatti: Freeman the slave sales man who put them all up for show so that the highest bidder will purchase them. Only a small role but affectively showing how the slavery sales were made to be glamorous for what they are doing. (7/10)

Benedict Cumberbatch: Ford a good man who looks after his slaves, Ford purchases Solomon and is willing to listen to Solomon’s ideas to improve his work. Forced to sell on Solomon, but always looked after them all fair. Good supporting performance and his character reflexes how evil Epps is.(8/10) 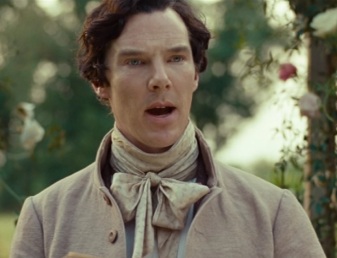 Sarah Paulson: Mistress Epps the wife of Edwin, who has a dislike for Patsey but an almost sympatric side to the rest of the slaves. Good performance and the one scene with Patsey is really stand out. (9/10) 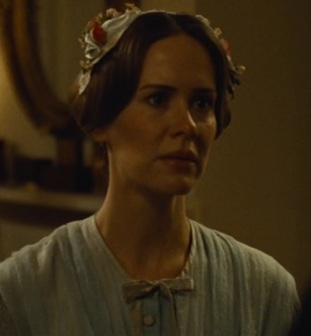 Director Review: Steve McQueen – Brilliant direction to tell such an amazing story of one man’s journey. (10/10)

Biography: Amazing look at how Solomon survived his ordeal. (10/10)

Drama: Stunning look at something that could have been all guns, blood and gore, but focuses on the emotions involved with the people. (10/10)

History: Good look at how people were treated during the slave times. (10/10)

Suggestion: This really should be watched by all, but I do feel the more casual film fan may find it hard to watch. (Watch)

Worst Part: Some of the punishment scenes are hard to watch.

Favourite Quote: Solomon ‘I will not fall into despair! I will keep myself hardy until freedom is opportune!’