With it being Valentine’s Day this weekend I put together my top ten favourite romantic comedies. I am not the biggest fan of romantic comedies and many of the films on the list won’t make many other peoples lists.

When average Joe Kirk (Jay Baruchel) meets the perfect girl Molly (Alice Eve) he has to overcome his belief that he is a five at best and she is a perfect 10. What this film gives the average guy the belief that he can get any girl they want if only they act and treat them correctly.

When hard driving editor Margaret Tate (Sandra Bullock) working visa is set to expire she force her assistant Andrew Paxton (Ryan Reynolds) to marry her and get her a green card. When the two spend the weekend with Andrew’s family they slowly start to fall for each other. What follows is a series of events that prove that you never know someone until you spend time with someone.

This is Richard Curtis’ stories of love leading up to Christmas. We have a group of different scenarios all giving a feel good side to love. Some stories are funny like the body doubles while some are more serious like the family being torn apart by an assistant.  With most of the stories inter weaving add to the story. 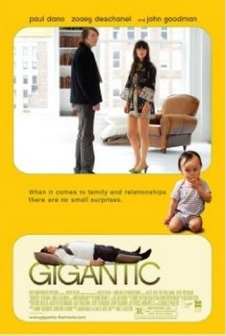 When mattress salesman Brian (Paul Dano) meets young lady Happy (Zooey Deschanel) his plans to adopt a Chinese baby start becoming more difficult as he slowly starts to fall for the Happy. In what are two very different characters than what we are used to seeing as leads in Romantic Comedies we get a very good realistic tale of love happening with someone and when you least expect it. 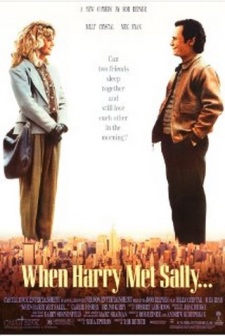 The story follows Harry (Billy Crystal) and Sally (Meg Ryan) to very different people who met on a road trip home and become friends and over the years, in a series of will they won’t scenarios we get to see how even as two friends the opposite of sex can fall in love over time.

When Will Hayes (Ryan Reynolds) tells his young daughter about his three loves in life as she has to work out which one is her mother. In what is a series of light hearted comedy moments to show how some people will come into people’s lives can change you. This is one example that falling for a woman can ruin your career if you are not careful.

In this story Calvin (Paul Dano) is struggling in his personal life and love life, until one day he starts writing about a young lady Ruby Sparks (Zoe Kazan). Somehow she becomes real and he doesn’t know how to deal with as he starts a relationship with his creation, but when things start going stale he tries to improve things with dire consequences. 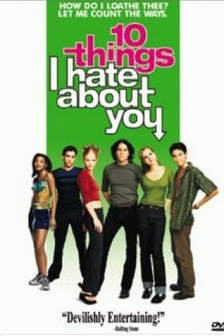 IN what is a adaption of William Shakespeare’s Taming Of the Shrew we follow a new boy Cameron (Joseph Gordon-Levitt) try to find a way to date Bianca (Larisa Oleynik), The only way this can happen is if he can find a date for her older sister Kat (Julia Stiles) enter bad boy Patrick (Heath Ledger). In what is a great story of teenage love and struggles through high school this fast became one of the best stories of making it out and standing up for what you want.

When bi-polar Pat (Bradley Cooper) finds his wife cheating on him he ends up in a psychiatric ward. Forced to move back home with his parents he meets depressed Tiffany (Jennifer Lawrence) and they become friends before becoming close friends that change each other’s lives. This is quite possible the best of all the films on this list, it has so many great scenes and flawless performances from all the stars. 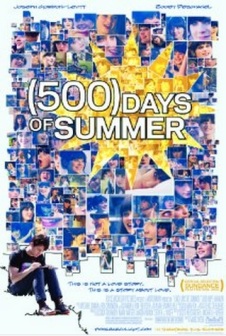 What is not a love story but a story of love we follow Tom (Joseph Gordon Levitt) and his whirlwind relationship with Summer (Zooey Deschanel). Both wanting different things we see how one man’s whole life goes from brilliant to empty thanks to his over emotional attachment to Summer. In what is possibly the best story of real love as we all have been in some part of the love story in our lives.