Plot: After serial killer Ryan Weaver (Liotta) is captured and being transferred by US marshals. After fellow prisoner Stubbs (Gleeson) tries to escape all hell is let loose on the plane. This leaves flight attendant Teri (Holly) with the mission of landing the plane as well as alluding Ryan.

Story:  A thrilling story that is filled with suspense, in the era where the creation of the villain was more important than the everyday normal saviour. The scenario created adds everything to the story with what is the worst that could happen? Death of the pilot, terrifying storm or mad man on board. Good story that relies on the action to carry it. (8/10)

Actor Review: Ray Liotta – Jack the serial killer who believes he has been framed and goes to any means to prove it. Is the star of the show here with the innocence surrounding his character but devilish side that shows his true colours. Ray shines throughout getting to be calm to exocentric in the click of the fingers. Smooth Talker Award (9/10) 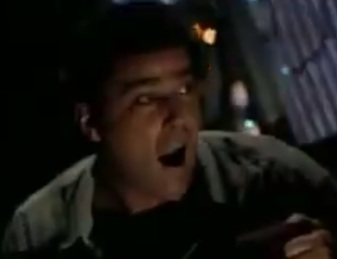 Actor Review: Lauren Holly – Flight attendant that Jack tries to use his charm on, but only to get exposed, she is a tough girl who learns quickly. Lauren does great in the role showing she can go toe to toe with an actor with a huge reputation. (8/10) 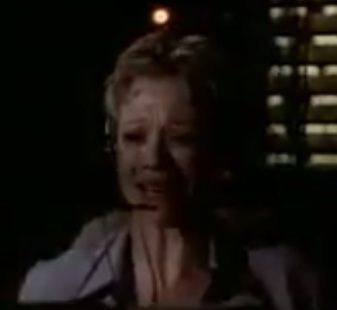 Actor Review: Brendan Gleeson – Loud mouth prisoner who gets himself into more trouble when he tries to escape, not the smartest prisoner and it is clear why he got caught in the first place. Brendan has some fun with the role playing crazy but dumb all at once. (7/10)

Director Review: Robert Butler – Creates a brilliant scenario for a thriller and puts everything into making it edge of your seat. (9/10)

Action: Some good action sequences that sometimes don’t live up to the suspense built for them. (8/10)

Thriller: Brilliant suspense all the way through and you never really know what Jack will do or say next. (9/10)

Believability: It could happen and that adds more to the thrills. (7/10)

Settings: Brilliant setting putting the whole scenario in a place with no escape from the mad man. (10/10)
Oscar Chances: No

Chances of Sequel: Has two

Suggestion: A sweet short thriller for all the casual film fans this should be a huge hit but if you don’t like flying don’t watch. (Give it A Go)

Best Part: The plane gets an extra landing wheel of sorts.

Worst Part: It toys with the idea Jack is innocent and framed but never explains the truth behind it.

Similar Too: Fair to say a poor man Con Air