Story: Logan (Jackman) saves Yashida from a nuclear explosion, years later a lost Logan is located by Yukio (Fukushima). She has been sent by a dying Yashida (Yamanouchi) to say a final goodbye. Yashida offers Logan a chance to become mortal again and use Logan powers to save himself. After Yashida dies his funeral turns into a battle ground with the Yakuza trying to kidnap his granddaughter Mariko (Okamoto). Logan goes on the run with Mariko to protect her but something has caused Logan to become more vulnerable to pain.

Verdict: The Wolverine gets unleashed in a thriller in Japan.

Story: Well I was pleasantly surprised, I was expecting to see a light hearted superhero comic book film and what I got was a dark tale of betrayal and Japanese traditions. After the highly criticized outing last time out, this is a wonderful return to Wolverine’s best. The story packs plenty of punches showing how vulnerable Wolverine can be; it also looks at his past to see how a lost special someone has affected his mind set. (10/10)

Actor Review: Hugh Jackman – This is his fifth outing in a full film as the Wolverine it would be hard to say this isn’t his best. Jackman shines as the role that tests his character, granted it won’t win an Oscar but it is convincing. Star Performance Award, Kick Ass Award, Lesley Stud Muffin Award (10/10)

Actor Review: Tao Okamoto – The granddaughter who is meant to be the damsel in distress, she is anything but that showing how she can handle herself at times. It is a good performance from the debutant star and in another film she could easily win a few of the awards on my list. (8/10)

Actor Review: Rila Fukushima – One of the few other mutants in the film she has the power of foresight. She has a lot of honour for tradition as well to her friends. Tough, strong fighter, determined as just a few words to describe her. It is a great performance from the young lady, hopefully the first of many more. Debut Award, Favourite Character Award, Babe Watch Award (9/10) 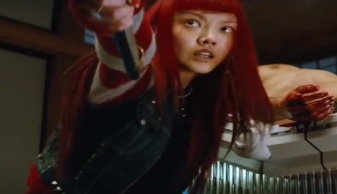 Actor Review: Hiroyuki Sanada – Yashida’s son who has helped his father try to cure his sickness for years, becomes a human villain because of some of his intentions. Good character well performed by Sanada could have had some more screen time to show how he acted the way he did. (7/10)

Actor Review: Hal Yamanouchi – Logan’s old friend trying to prolong his life at any means. An unforeseen villain for Logan who pushes Logan to his limits. Good performance with very little screen time but strong character very welcome in the X-Men world. (8/10)

Actor Review: Svetlana Khodchenkova – Another mutant here she uses her powers to control and as well as having a dangerous tongue. Good villain who has clearly watched too much Mystique for research which takes a lot out of her performance. (6/10)

Director Review: James Mangold – having worked on some of the well-received film in recent years as well as ‘Knight & Day’ we can trust this guy to put together a good film. He does it again here back on good form. (9/10)

Action: Action packed from start to finish with fights, chases and more fights. (9/10)

Special Effects: Some great special effects with a huge robot in the final fight scene looking real all the way through. (9/10) 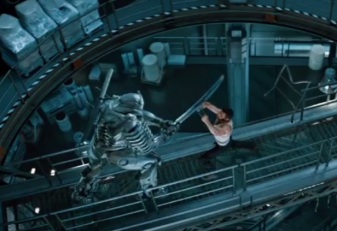 Believability: It’s from a comic book so not the most believable. (3/10)

Settings: Set in Japan and having some of the best scenery in any X-men film. (10/10)
Oscar Chances: No real chance of any Oscar nods.

Chances of Sequel: The end credits scene show there will be a sequel and we all know there is going to be an X-Men film out in 2014.

Suggestion: This is one of the best comic book films in years and being able to put that up against the likes of The Dark Knight trilogy and Avengers is hard, this stands next to them. If you like a darker comic book tale this is a must watch. It may not appeal to the more serious viewers even though the story is a more serious one than we are used too. (Watch)

Best Part: The fight on the train.

Worst Part: The sad scene where Wolverine has to put a bear out of its misery after a hunter poised it while hunting. (Don’t worry Wolverine sorts the Bastard out)

Kill Of The Film: Viper death is stand out.

Favourite Quote: Yukio ‘Think of me as your bodyguard.’

Overall: Wolverine is back and kicking more ass than ever.